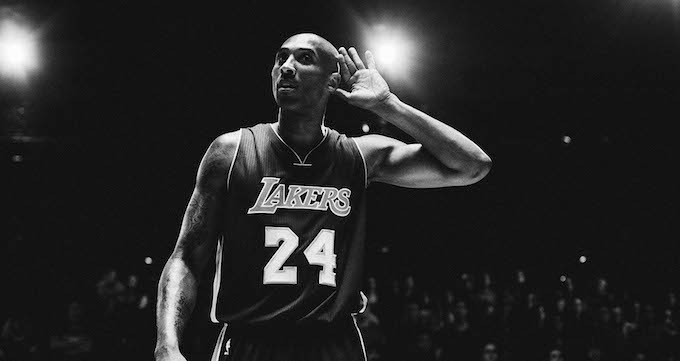 Kobe Bryant defined an era of winning with the Los Angeles Lakers. He celebrated the turn of the century by kickstarting a three-peat of championships from 2000 to 2002. And his grit and grind were the stuff of NBA lore that earned him his famous nickname, Black Mamba.

The 2007-2008 MVP created the nickname for himself, drawing inspiration from Quentin Tarantino’s Kill Bill. To Kobe, it was a means of separating his professional and personal life. And he wanted to personify the black mamba on the court.

Over time, the name became his and he became Mamba to millions of adoring fans. To honor his legacy, Mamba Day is celebrated, but which is the right date? 24th August or 13th April?

The 2015-2016 season was going to be Kobe Bryant’s last in the NBA. The 2-time Finals MVP called time on his 20-year-long career where it all started, where it all took place. The Black Mamba had spent his entire career at the Los Angeles Lakers and on April 13th he was going to play his last game ever in the NBA.

To commemorate Kobe’s retirement from the game, the Lakers’ final regular-season game was declared Mamba Day by Nike. Taking place on April 13th against the Utah Jazz, Nike aimed to make it special for Bryant. Subsequently, over 200 Nike athletes wore black and gold Nike shoes to honor the Lakers superstar.


Kobe just did not disappoint. He was on a tear all night and dropped 60 points shooting 22 successfully from 50 attempts. The one-club man ended the night by addressing a star-studded Lakers faithful who had turned out in force to bid farewell.

Likewise, following his retirement, the city of Los Angeles further chose to honor him by using his famous jersey numbers. Number 8 and number 24 were significant to Kobe’s career as they were the only numbers he ever wore. Therefore they chose to immortalize it by declaring August 24th (8/24) as Kobe Bryant Day or Mamba Day.

The date gained further significance after the tragic death of Kobe and his daughter, Gianna along with seven others in a helicopter crash. In the aftermath of the accident, Orange Count Council voted unanimously to declare the same date as Kobe Bryant Day too.

Nike again swooped in and marketed Mamba Week starting on August 23rd where limited series of products were sold. Black and gold tees, and similar sneakers were made available. The products took no time (sold out in minutes) to sellout, even drawing the ire of some ardent fans. Nike also made sure to donate $1 million dollars to the Mamba and Mambacita Foundation.

The auspicious day also happens to fall right after Kobe’s birthday on August 23rd. Although the second one is more popular due to its symbolic dates, both days are a great way to remember sporting greatness.