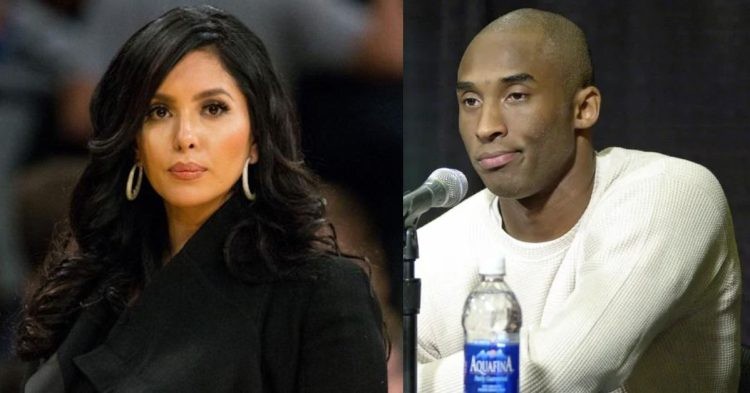 Kobe Bryant is widely considered to be one of the greatest players for the Los Angeles Lakers in NBA history. However, his personal and romantic life off the court has earned him a substantial amount of criticism over the years. Especially on sensitive subjects like extramarital affairs.

As we all know, the late Kobe Bryant married his wife Vanessa all the way back in 2001. Despite all the internal problems in their marriage and between them, they stayed together all the way till his unfortunate death in 2020.

While it is certainly wrong to speak badly of the dead, especially when they can’t defend themselves, Fans must still be interested in knowing how much truth there was to multiple accusations leveled against the Los Angeles Lakers star over the years. Therefore, we need to take an in-depth look at what happened back then.

It turns out that Kobe Bryant might not have been the best husband and family man. Some of us might already be aware that a sexual assault and rape case was filed against him in 2003. While Vanessa did stand by his side throughout that entire scandal, it appeared that Bryant had not learned his lesson and continued on with his alleged promiscuous behavior.

This went on for several years until Vanessa finally had enough and decided to start the divorce proceedings against Kobe in 2011. Apparently, Bryant had not learned his lesson after his entire 2003 fiasco and continued having extramarital affairs with many women.


Considering that they did not have a prenup, this would mean that Vanessa would be eligible to own half of whatever Kobe Bryant did. However, the divorce proceedings came to an abrupt halt after they decided to reconcile and move on with their lives. Vanessa soon spoke to the public and explained what had happened.

“We are thrilled to announce that we have reconciled. The divorce case will be dropped. We are anticipating our future together.”

Thus, the Bryant family tried to move past this and stayed together all the way to Kobe’s and Gianna Bryant’s unfortunate deaths in 2020. Vanessa made no mention of his past wrongdoings in her speech following the death of her husband and daughter.

“I was his first girlfriend, his first love, his wife, his closest friend, his confidant, and his protector. He was the most wonderful spouse ever. More than I could ever say or put into words, Kobe loved me.”


Despite their problems, the couple stayed together until the end. Now let us look at how many people Bryant was accused of cheating on Vanessa with.

Vanessa claimed Kobe slept with around “105 women” throughout their marriage

105 certainly seems like a very scary and unbelievable number. However, that is what Vanessa accused her husband of doing throughout the entirety of their marriage. She claimed that he had at least 10-15 partners per year. That would total up to somewhere over 100 people if her claims were valid.


The list of people that Kobe slept with is not all that easy to find. After all, due to his popularity and influence, confidentiality agreements could have been in place. That would prevent the rest of the world from finding out about all of this.

Some of the popular personalities that Bryant was linked with include Vanessa Curry, Jessica Burciaga, Carla DiBello, and Saana Latham. Additionally, there were also reports that he slept with other girls on the Los Angeles Lakers cheerleading team. However, many of these celebrities deny having had an affair with Bryant.

Fans must be dying to know how all of this came to light. Well, the answer isn’t all that complicated. Apparently, Bryant’s teammates told their wives about his many affairs with multiple high-value women. The solidarity between these Basketball Wives prompted them to inform Vanessa about what was going on.

Vanessa soon hired a private investigator to catch Kobe in the act. When she found out that many of the rumors were true, she was devastated and filed for divorce. However, they reconciled before things were finalized and moved on with their lives.