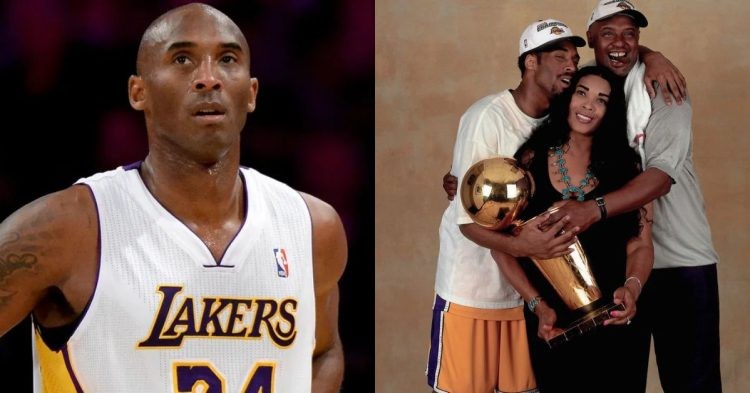 It has been almost three years since the unfortunate demise of Lakers legend and Hall of Famer Kobe Bryant. Kobe was born on August 23, 1978, in Philadelphia to Joe and Pam Bryant and was partly raised in Italy. He declared for the 1996 NBA Draft right out of high school and was drafted 13th overall by the Charlotte Hornets.

While much is known about Kobe’s well-chronicled basketball career, it is worth mentioning here that his father, Joe Bryant, was himself an NBA player. “Jellybean” Joseph Washington Bryant played for teams like the Philadelphia 76ers, San Diego Clippers, and Houston Rockets during his time in the NBA. He also played internationally in Italy and France.

From 2005 to 2007, Joe Bryant served as the Los Angeles Sparks’ head coach. He then took over again for the remaining games of the 2011 WNBA season. Bryant has also previously served as a coach in Thailand, Italy, and Japan. So, it’s not that hard to guess where Kobe got his basketball smarts from.

Pam, who married Joe Bryant in 1975 at the age of 21, raised Kobe and their two daughters, Sharia and Shaya. She is the sister of former NBA player Chubby Cox. She also is the aunt of professional basketball player John Cox IV. Pam and Joe reportedly had a strained relationship with Kobe, which continued well after his retirement. It is unclear whether they reconciled before Kobe’s demise.

What are Kobe Bryant’s parents’ net worth?

Joe Bryant, currently 68 years old, is reported to have a net worth of $5 million dollars. Joe was drafted #14 overall by the Golden State Warriors in the 1975 NBA Draft and married Pam in the same year. While playing in the 1980-81 NBA season, Joe Bryant’s net worth was recorded as $10 million. Over a decade and a half-long NBA career, Joe Bryant made more than $18 million from his salary only. He is currently in retirement.

Pam Bryant is reported to have a net worth of $2 million dollars. She also reportedly got $450,000 off of auctioning Kobe’s personal belongings and claimed Bryant had given her the rights to the items he had remaining in her home. This incident further worsened their already troubled relationship. Later, she along with her husband Joe issued a public apology to Kobe for this, while acknowledging the financial support that Kobe had provided over the years.

Kobe marrying Vanessa, who was not of African-American descent, is what’s known to have troubled his relationship with his parents. Later on, they briefly seemed to get back together but had a big fallout in 2013 after the auction incident. After that, things never seemed to get back on track and they were also not present during Kobe’s final NBA game. They, however, attended his memorial.