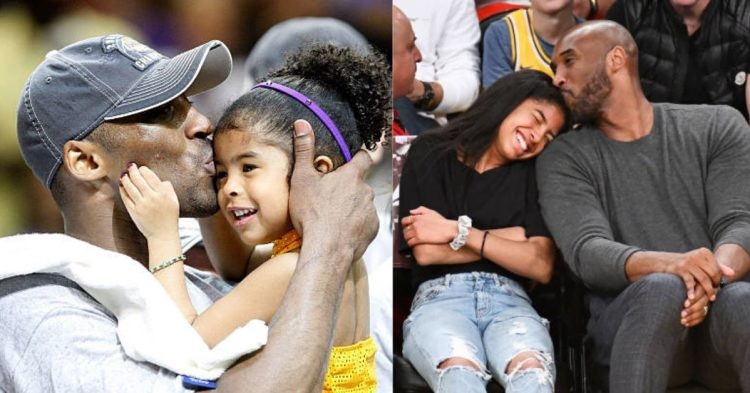 On 24 February 2020, a public memorial was held at the Staples Centre in honor of Kobe and Gigi Bryant. (Credit- Getty Images)

Late Kobe Bryant, his 13-year-old daughter Gianna Bryant and 7 others died in a helicopter crash on 26 January 2020. According to the autopsy reports Kobe’s death was due to the fatal injuries he sustained when the helicopter hit the ground, killing the 9 people on board.

Following the incident, two weeks later a private funeral was held to bury Kobe and Gianna. The Bryant family wanted it to be a private affair near the family’s Southern California home. According to sources, it was held at Pacific View Memorial Park in Corona Del Mar on February 7, 2020.

Following this, the Staples Center announced a public memorial service in honor of Kobe, Gianna, and seven others who died in the crash on 24 February 2020. The service was held at the Staples Center where Bryant played 17 seasons for the Los Angeles Lakers.

Celebrities like Kanye West, Kim Kardashian, and Jennifer Lopez were seen at the memorial. Music stars Alicia Keys and Beyoncé performed their songs in honor of the dead. Following this Jimmy Kimmel started with an emotional speech following which Vanessa Bryant spoke.

Who is Kobe Bryant’s sister?

The NBA legend apart from his wife and 4 daughters has 2 sisters, Shaya and Sharia Bryant. As Kobe was not on speaking terms with his parents, Joe Bryant and Pam Bryant after his marriage to Vanessa he was quite close with his two older sisters.

Sharia graduated from Temple University and was a Division One NCAA volleyball athlete. Following this, she became a certified personal trainer and currently trains at the Las Vegas Fit Body Boot Camp. She lives in the Los Angeles area with her husband Jerrod Washington and their children. She is the eldest of two sisters.

On the other hand, Shaya is a successful businesswoman and director at Invest Hospitality which is a revenue management company in Las Vegas. She majored in International Business at La Salle University and was a star volleyball player there. Currently, she lives in Las Vegas with her three children and husband Michael Tabb.

In a joint statement to NewsOne, the two sisters broke out of their silence on their brother and niece’s death. “We are devastated by the loss of our brother, son, niece, and granddaughter, and our hearts go out to all the families who lost their loved ones on Sunday. Our lives are forever changed. Thank you for your prayers, and the numerous calls, texts, emails, and cards.” – both said.

Poverty Took Away Pelé’s Wings, But a Tragic Encounter with a Dead Pilot Propelled him to Greatness on the Soccer Field