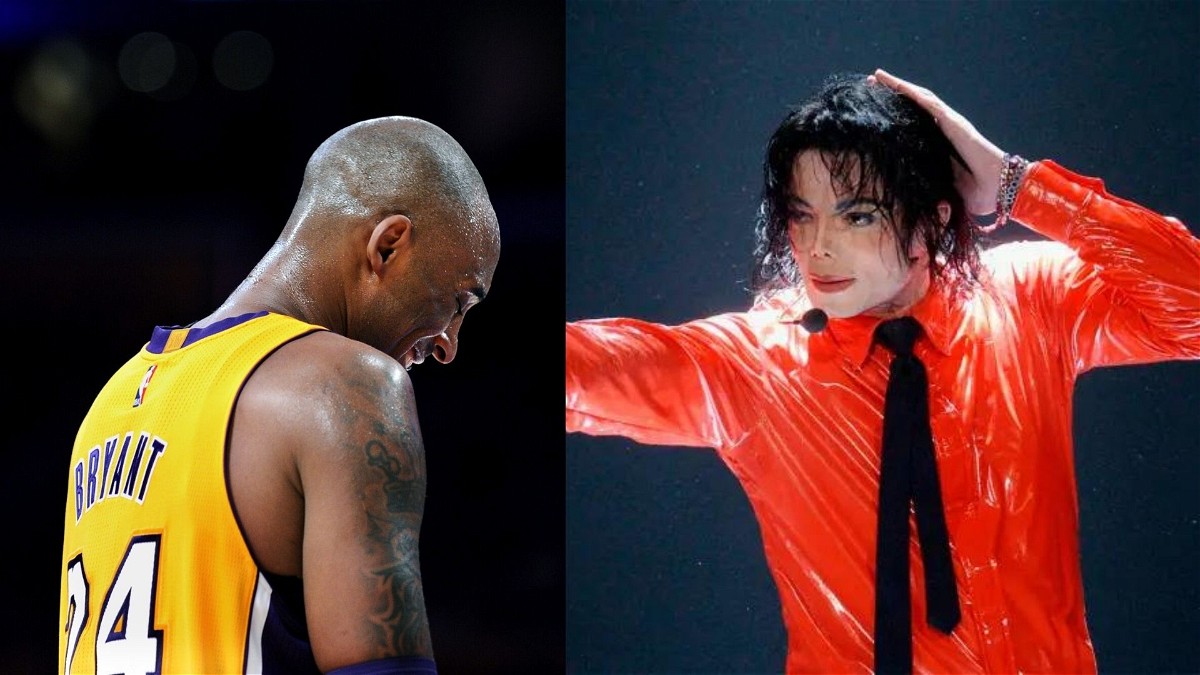 Kobe Bryant was the poster child for hard work and determination. His mamba mentality is something players attempt to adapt to give it all that they can. It involves putting in the work off the court to be better on the court. We’ve heard the crazy stories of Kobe Bryant and how he’s worked to be better. He tries to win the game mentally and physically. However, another thing about Kobe’s mentality is the way he tries to learn at all times. From the best of the best.

Kobe Bryant even learned a couple of things from the King of Hip Hop, Michael Jackson.

Bryant was one of the youngest players in NBA history to join the NBA. He also joined the biggest market team the ‘Los Angeles Lakers‘. However, for a player that joined the NBA at the age of just 17, straight out of high school, fame came to Kobe fast. He was playing alongside the most dominant player in Shaq. Kobe also became a first-time all-star at the age of 19.

Kobe Bryant got the inspiration for Mamba Mentality from Michael Jackson

This made him the hot young prospect everyone wanted to be with. That also helped Kobe meet some big names in the industry. One of them was the King of Hip Hop, Michael Jackson.

“He really, you know, showed me his process and how sold 50 million albums off of Thriller. Like he showed me how he composed songs, how he structured them, how he trained and who inspired him.”

Kobe told Kimmel that Michael Jackson was inspired by Fred Astaire. And MJ thought about a young Kobe about how much he learned and how it made him a better entertainer from his inspirations. Also, MJ would study the Beatles and break down every note which felt like he had an emotional connection with each chord.

However, Kobe learned the true meaning of hard work by seeing how much effort Michael Jackson would put in. Also, Bryant was even invited to ‘Neverland Ranch’. Michael Jackson owned Neverland Ranch. And the one thing that Kobe remembered was the fact that MJ had a gas station on the property.

“If you have your own gas station, that’s crazy.”

Michael Jackson had a deep impact on how Kobe shaped up to be a top-10 player in NBA history.

Michael Jackson also called Kobe Bryant in the beginning of his career to say something truly important. Maybe that’s all that Kobe needed to hear to develop the Mamba mentality and be the best Laker of All-Time.