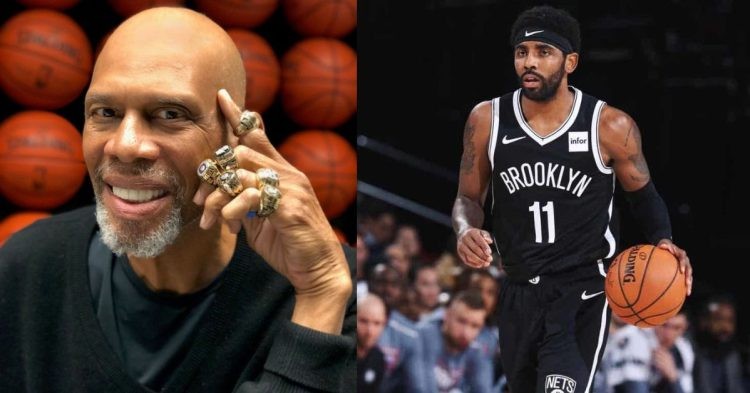 Kyrie Irving has become one of the most controversial players in the NBA in recent times. One of his biggest off the court antics includes the anti-vaccination stance. This happened when the NBA and state law announced that every player and staff had to receive a vaccination.

Despite this, Kyrie chose to be against it. Since he was not vaccinated, Irving missed a significant number of games for the Brooklyn Nets. More importantly, he sat out the home games for the franchise. This had a major impact on his career as he could not play basketball despite being fit. Last month, the American even tweeted, “This enforced Vaccine/Pandemic is one the biggest violations of HUMAN RIGHTS in history.”

If I can work and be unvaccinated, then all of my brothers and sisters who are also unvaccinated should be able to do the same, without being discriminated against, vilified, or fired. ♾🤞🏾

This enforced Vaccine/Pandemic is one the biggest violations of HUMAN RIGHTS in history.

Recently, Kyrie has caught the attention of many as he gets involved in yet another controversy. He recently posted a video clip of Alex Jones from 2002. Many have reacted to this, including NBA legend Kareem Abdul-Jabbar.

On his Substack, Kareem wrote, “But now Irving is back and more destructive, insensitive, and just plain silly than before. He decided it would be a good idea to post a 2002 video clip from Alex Jones. Kyrie Irving would be dismissed as a comical buffoon if it weren’t for his influence over young people who look up to athletes.”

“When I look at some of the athletes who have used their status to actually improve society—Colin Kaepernick, LeBron James, Muhammad Ali, Bill Russel, Billie Jean King, Arthur Ashe, and more—it becomes clear how much Irving has tarnished the reputations of all athletes who strive to be seen as more than dumb jocks,” the 75-year-old added.

“Irving does not seem to have the capacity to change, but we have the capacity to keep fighting against his brand of destructive behavior. One way to do that, beyond shaking our heads and nasty tweets, is to write to his sponsors and tell them to drop Irving—or you will drop them.”

Speaking of Kyrie’s current sponsors, Abdul-Jabbar mentioned, “Nike has likely decided not to renew his contract past this season. But he is still sponsored by Pepsi and 2K Sports. (Don’t feel bad for Irving: his career earnings at the end of the 2022-’23 season will be $230 million. That buys a lot of Yes-people.)”

It seems like Kyrie’s anti-vaccine stance and his recent action to share a video was the limit for the former LA Lakers star. He also compared other NBA players like LeBron James and the late Bill Russell as he mentioned Kyrie has not made any notable contributions to the society like them. Although Kyrie is quite active on social media, he hasn’t responded to Kareem, yet.