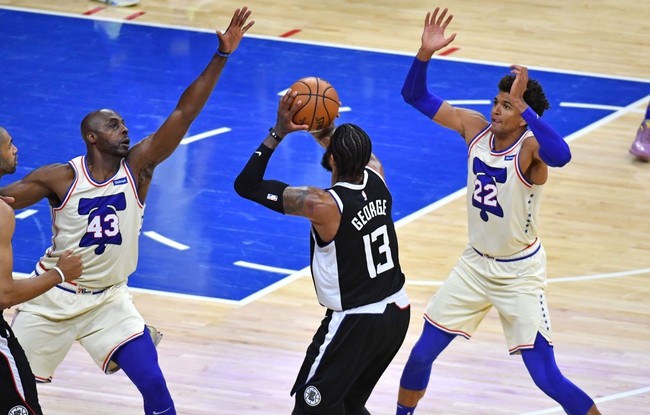 LA Clippers and Minnesota Timberwolves are two western Conference teams with similar 3-4 Records. The only difference is that the Clippers are on 2 game-winning run while the Timberwolves have lost 3 in a row now.

Although Minnesota won a match against the Clippers in the preseason, the latest domination by the Clippers has highlighted their determination for the playoffs. Clippers are 9th in Western Conference while Minnesota is holding 10th spot.

Kawhi Leonard is out with a knee injury – till 1st March 2022, to have a shot at Championship they need to qualify for the Playoffs without Leonard. This seemed a bit difficult but Paul George playing his best Basketball in carrying the team single-handedly to the victories.

Paul George is the Clippers leader in Points (28.9), Rebounds (9.9), Assists (4.7), Steals (3.0). Former Piston Star Reggie Jackson has been sensational in absence of Kawhi Leonard, having more floor time than any other Clipper this season. While Luke Kennard and Batum are chipping in with some meaningful contributions to hold on to wins for Clippers.

Also Read: “I played like trash”- Stephen Curry Reacts to His Game Against LA Lakers as He Records a Triple Double

Anthony Edwards is the joint top scorer for Minnesota with Karl-Anthony Towns scoring at 23.9 points per game. Towns also lead in rebounds, providing 4 assists in the process. Offensively Minnesota manages an average of 104.3 points per game. The home scoring record is better by 10 points than away games.

Minnesota Timberwolves despite having near equal score till halftime, lost the game in the 3rd quarter against Clippers. George accepting the pressure said in the press conference “We are not a young team, also to wait for players to come. We need to keep momentum and keep winning”.

Despite having the best shooting night for the Timberwolves, coach Chris Finch pointed out defence in 3rd quarter lost the match for Minnesota. Karl-Anthony Towns also agreed to say “Our Defense kept us to not having any of those (winning) nights”

1st win in the back-to-back fixture will defiantly boost the Clippers’ morale and the they are set to win again to have bragging rights.

How to watch LA Clippers vs Minnesota Timberwolves?

LA Clippers and Minnesota Timberwolves will match up against each other at Target Center. The stadium is prepared to accept fans in full capacity. International viewers can access the game on NBA League Pass.

While local broadcaster for the US will be ESPN.