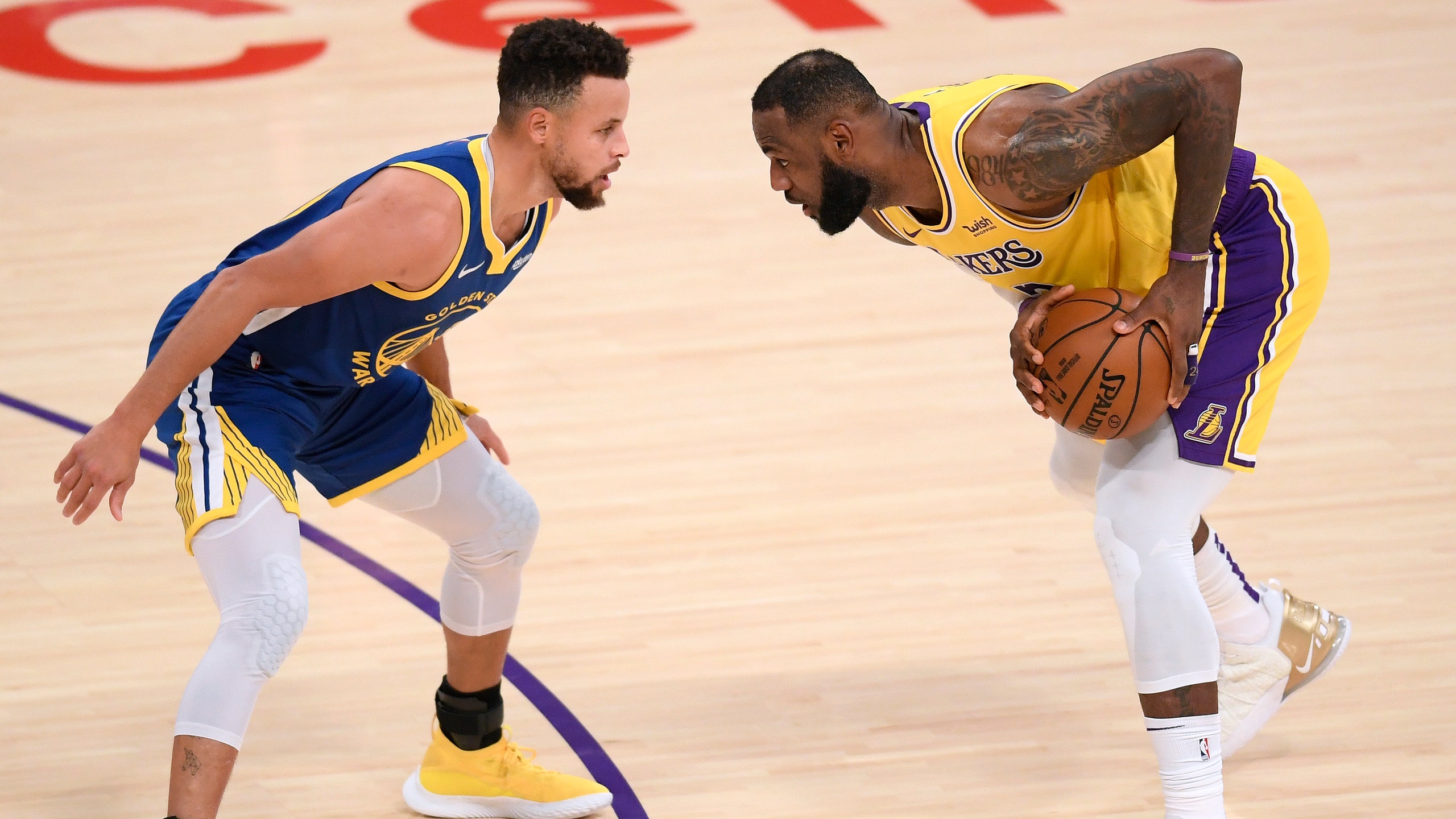 The face-off between LA Lakers and Golden State Warriors last night was a great continuation to where they left things off last season. Although preseason games don’t count both teams played with an intent to win. LeBron James and Russell Westbrook made their debut while Stephen Curry recorded his first 30-pt game for the season.

Golden State Warriors defeated the LA Lakers 121-114 and intensity was high throughout the game. Main players avoid playing for a longer duration in the preseason to get a slow start and avoid injuries. But these teams are set to face each other 4 times in the regular season and hopefully in the playoffs as well. This gives them a chance to gauge the opponent and figure out strategies for the regular season.

LeBron James and Stephen Curry upheld the light-hearted nature of preseason games at the FT line last night by sharing some laughs. Curry is one of the best Free Throe shooters in the league and LeBron let him know that he is aware. It is incredibly rare for Steph to miss a FT but he did last night. LeBron mocked him by saying,

It made Steph laugh and he went to drill the second one with the precision he is known to have. Curry went on to score 33 points in the game despite having trouble beyond the arc.

Russell Westbrook had every Laker-fan’s attention on him last night as he debuted for the LA Lakers. It isn’t far fetched to say Jordan Poole and Stephen Curry took the limelight away from him with their exceptional performance. Curry and Poole combined for 58 points in 27 minutes along with 7 steals. Poole made 6 3s while Curry displayed lethal mid-range.

Westbrook on the other hand had 0 points, 2 rebounds, 1 steal and 6 back-to-back turnovers in the first quarter. His jumper was not connecting and he kept giving up the ball each possession. He ended the game with 2 points on 1-7 shooting, 7 rebounds and 4 assists in 17 minutes. Although it’s only the first game for him, Westbrook needs to improve considerably.

Anthony Davis and Andrew Wiggins didn’t play tonight however, they will get another chance as LA Lakers are set to face the Warriors once again Tuesday night before the regular season and on opening night as well.