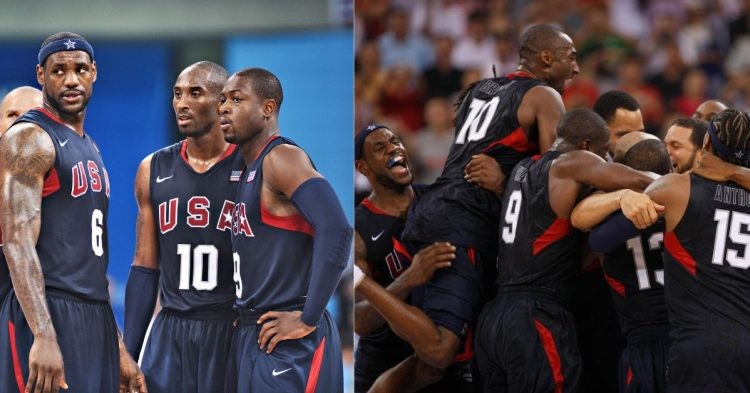 LeBron James is a man who has worn many hats over the years. He has been an actor, producer, and singer together with a professional basketball player. As an actor, James has starred in many movies and TV shows. His most popular project would be Space Jam: A New Legacy(2021).

If that wasn’t enough, LeBron has been a producer for quite a while as well. He recently produced the movie “Hustle”. The basketball-themed movie starred Adam Sandler in the lead role. There also have been several other NBA players involved in making the movie.

Netflix and the International Olympic Committee have collaborated with executive producers @DwyaneWade and @KingJames for The Redeem Team, a new documentary about the US Olympic Men’s Basketball Team’s quest for gold at the 2008 Olympic Games in Beijing!

The LA Lakers star has taken up the role of producer once again to team up with Netflix and former teammate Dwyane Wade. The project will be a documentary on the 2008 Olympic Men’s Basketball team that won the gold medal. The documentary will premiere on the streaming platform on October 7th.

LeBron even tweeted after the announcement. He said, “Yessir!!! Going to be a SPECIAL 1!!!”, as he tagged Dwyane in the tweet.

The star-studded team had the likes of LeBron James, Dwyane Wade, Kobe Bryant, and Carmelo Anthony

The USA Men’s basketball team lacked nothing that year. Every player was at the top of his game. D-Wade had injury scares before the tournament. But he proved all his doubters wrong when he came back stronger than ever. Wade made a name for himself with the national team after becoming the leading scorer on the team.

With 128 points, Wade was the best player on the USA team. LeBron came in second with 124 points, and Kobe had 120. The trio was truly something magical as fans loved the link-up between them. They helped the US to beat Pau Gasol’s Spain. He was also in exceptional form as he averaged 19.6 points per game during the Beijing-held tournament.

Despite Spain’s efforts, they fell to the relatively young stars in LeBron, Dwyane, and Kobe. All of them were under 30 years old at the time. In the final, the score was 118–107 for the US. The documentary will be special for every basketball fan to see how they managed to pull off the win.