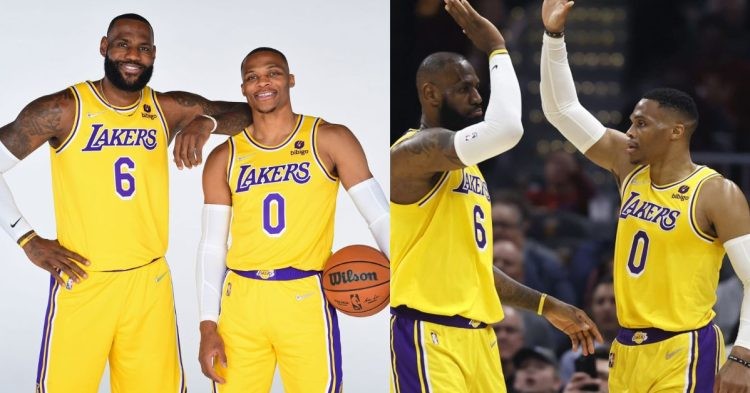 The Los Angeles Lakers have endured yet another disastrous season. They missed the playoffs for the second time running this year and things could not go worse for them. The NBA community has often wondered where it all went wrong for them. When they won the title in 2020, things were looking bright. But now when the results are not going in the right way, most fingers point at one man: Russell Westbrook.

Russ was a dangerous player before he joined the Lakers. They acquired him in 2021, sending Kyle Kuzma, a few other players, and a draft pick for Russ. The Lakers were his fourth team in three years.

Since then, the move has not worked out well for both parties. Westbrook has averaged 23.0 points, 8.4 assists, and 7.4 rebounds in 1,132 games in his career. He has not been able to replicate that even so slightly for the LeBron James-led team. Russ only managed to average 18.5 points, 7.4 rebounds, and 7.1 assists in 78 games during the 2021-22 season.

Will Russell Westbrook help the Lakers to a title next season with LeBron James?

Speaking of the man himself, it seems like James still believes in Westbrook to get back to his old form. His recent tweet has caught the attention of many. He tweeted, “Can’t wait for him to go off this season!!”, with a hush emoji.

Can’t wait for him to go off this season!! 🤫

LeBron tweeted that as a reply to Cuffs The Legend’s tweet about Westbrook. He said, “the Westbrook disrespect and vitriol is still corny regardless of how you feel about last season. Some people gotta get a life man”. James’ support for his struggling teammate puts the rumors of a possible rift between the pair to bed. Earlier this year, fans spotted them sitting at different places during the same game.

Many have hated on Russ since he joined the Lakers. It is understandable that fans are frustrated with his performances but it seems like they still disrespect him even when he isn’t playing. The Lakers team as a whole has been all over the place in the last couple of years.

With long-term injuries to key players like Anthony Davis and an aging squad, the Lakers’ bad spell was bound to happen. However, they may be on the right track now with a new head coach and a talented roster. In addition to that, recent reports suggest that they may even be out to get Patrick Beverley.