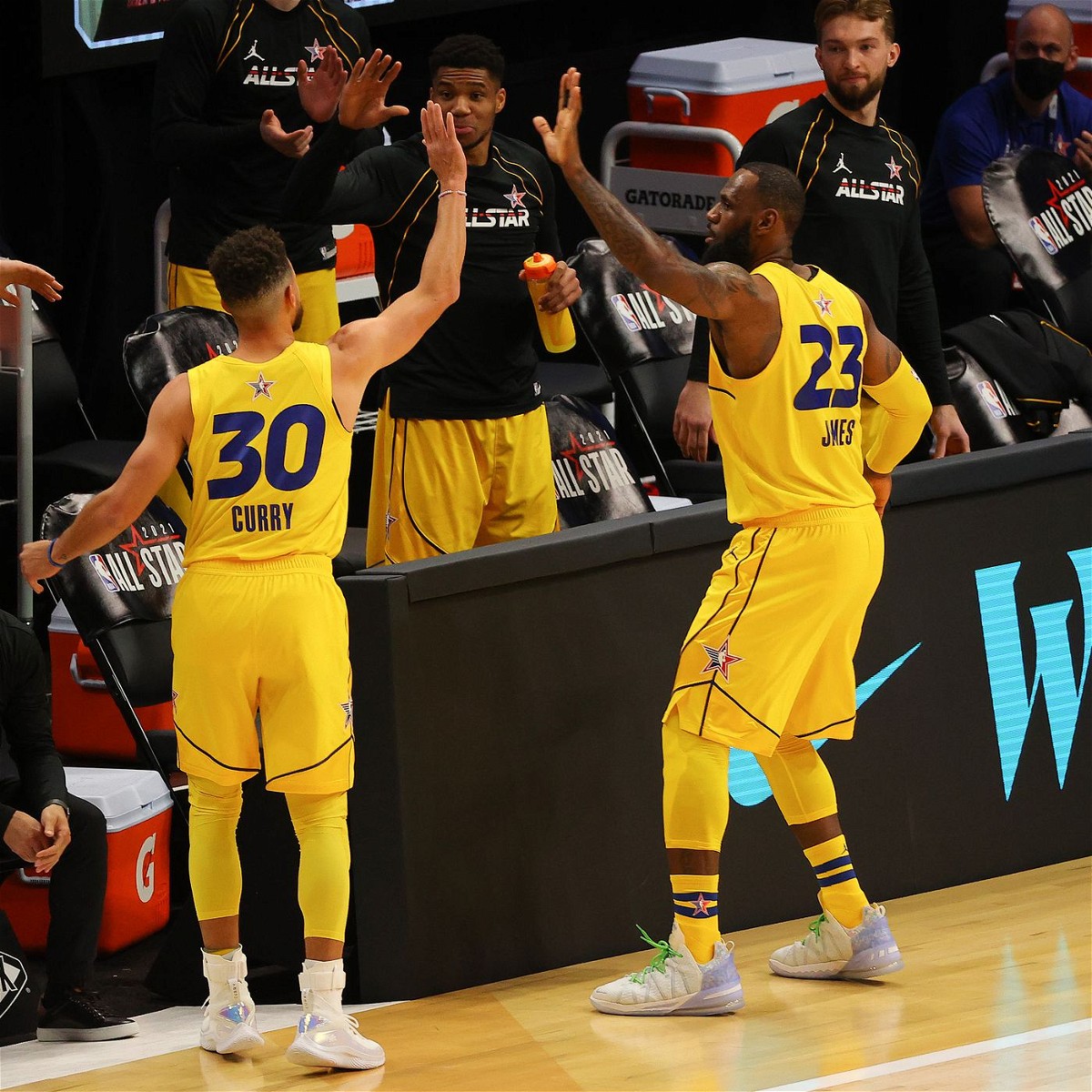 NBA has had a rich pool of iconic players thus far. Players, who have dominated the game and made a particular time frame as their era. With this individualistic accomplishment, players also had great on-court rivalries that have not only enriched the game but were a treat for the fans. This decade has one such rivalry between Stephen Curry and LeBron James. Though LeBron and Curry may be on-court foes, off the court they surely do have high respect and praises for each other.

In a recent post-game interview, LeBron was asked to comment on Stephen Curry, as the Warriors superstar is just 10 shots away to top the NBA in the “most 3’s made” category in the regular season. LeBron was quick to respond with lots of praises for Curry and his efforts behind all the accomplishments he has achieved.

LeBron Said, “He is an amazing guy, if there is one guy who can make 16 3’s in a game it would be Steph Curry.” James also mentioned his shooting range – “that guy [Steph] can shoot from 35..38… 40 ft. We had so many great battles, He had many big-time shots and buckets against us, he has been phenomenal his whole career. And most importantly he is a great dude. I wish I could be there when he breaks the record to congratulate him”

LeBron’s former teammate Ray Allen is the current leader in the Most 3′ made category with 2973 threes. Stephen Curry has 2964 and with his current form, he might need just 1 game to take the top spot. Well, that is quite possible as Steph had 10 or more 3’s on 22 occasions (just unbelievable). This could be a huge feat in Steph’s career. Astonishingly Curry has played nearly 550 fewer games than Ray Allen.

Also Read: LeBron James Jokes Around with the Celtics Bench Despite the Beef with Enes Kanter Freedom

Curry is famous for the long 3s and buzzer-beaters. Throughout his career, he has had so many incredible plays and shots that just awes people around him. His career stats are certainly amazing but it is his efficiency that makes him the greatest shooter in this generation. Needless to say, he has put tremendous effort into all his achievements.

Steph started with a bang – scoring 166 3’s in his rookie season with the Warriors. Curry was the top 3 point scorer for 5 consecutive seasons, between 2012-2017, He was top in the previous season also for the same category. Well, the attempts were on the higher side as well.

He was consistent with his accuracy over the period but more dangerously (for opponents of course) has increased his range. Ray Allen (Currently 1st in 3s made list) and Reggie Miller (3rd in 3s made list), both considered as the best for ranged shots have also praised Steph for his constant improvements and plays.

Steph’s style of play gave 5 finals appearances and 3 championships to the Warriors. It forced many teams to change their strategies and game plans. NBA now is more of a “Space-and-Pace” type of play than involving big players near the basket. Smaller players like Lillard, Harden, etc who can dribble and shoot also have such effects on the opposition, but not on Curry’s level. We will all agree to what LeBron said.

‘Do Bronx’ – The Story Behind Charles Oliveira’s Nickname