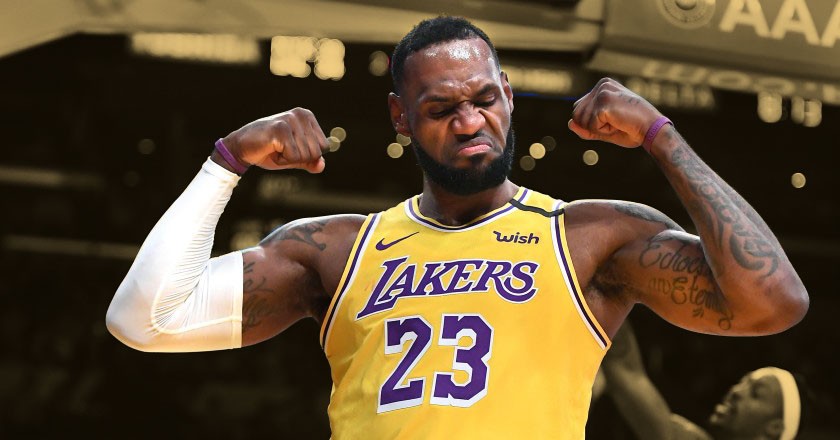 LeBron James is a small forward for the Los Angeles Lakers. He has been in the NBA since 2003 and has a lot of achievements to his name. Some of them include four NBA Championships, Four NBA Finals MVP awards, four NBA MVP awards and two Olympic Gold Medals. The 36-year old’s basketball career will come to an end in a few years but his career as a businessman is just beginning. LeBron James is inching closer to achieving yet another milestone in his life.

LeBron James Is Set To Join The Billionaire Club This Year

In an interview in 2014, King James expressed how he would hope to achieve the Billionaire mark in his life. He said to Jeanne Marie Laskas,

It’s my biggest milestone, Obviously. I want to maximize my business. And if I happen to get it, if I happen to be a billion-dollar athlete, ho. Hip hip hooray! Oh, my God, I’m gonna be excited

According to Forbes, LeBron James is expected to achieve his biggest milestone in 2021. He will be joining an elite set of athletes. The club includes the golf legend, Tiger Woods, Soccer stars, Cristiano Ronaldo and Lionel Messi and Boxer, Floyd Mayweather. LeBron James will be the first athlete from an American team sport to achieve the Milestone.

LeBron James is expected to become a billionaire this year, according to Forbes.

He makes more off the court than from his NBA contracts. Find out what businesses LeBron is involved in: https://t.co/JfH3V0zEvG

James has earned a whopping, $300 Million from his NBA career and $700 Million from off-court businesses according to Forbes. The star also has a lifetime deal with Nike which has played a crucial part in adding to his net worth and will continue in doing so.

LeBron James along with Maverick Carter have also invested in the Boston Red Sox. James has also had a connection in owning a 2% stake in Liverpool FC. His latest venture off-court is the new Space Jam movie that was produced by his production company, SpringHill Entertainment. The movie will also bring in a lot of money if it does well in the Industry.

LeBron James has achieved a lot on the court and now he’s only proving to the world that he has his life set even after he retires. It is also LeBron’s dream to someday own a team in the NBA.