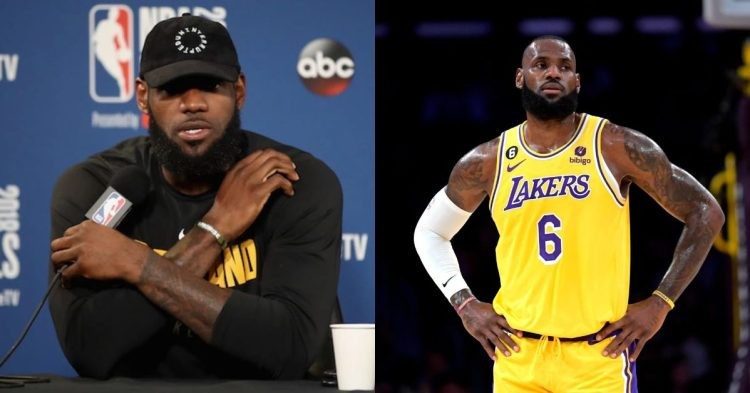 If there’s one thing that LeBron James has been famous for apart from being good at basketball is his tendency to lie. LeBron is known for lying about the most irrelevant things and he often gets trolled for it.

From lying about predicting Kobe’s 81-point game to lying about The Godfather being his favorite movie but not being able to quote a single line from it. James always seems to lie about weird things and to be honest his lies are always harmless.

But unfortunately for LeBron, his most recent lie has made him the face of Twitter with fans trolling him left and right for it. Let’s have a look at his lies throughout the years.

The collection of memes that have hit the internet after LeBron’s most recent lie has been both hilarious and bizarre. There’s one meme ridiculing LeBron for lying about reading a Malcolm X book.

“LeBron what was your favorite part of Malcolm X’s book?”

Another ridiculous meme we’ve found is about the time that LeBron knew Osama’s location in 2011.

“You know when I first got to Miami in 2011, I just had a strange feeling that Osama Bin Laden was hiding in Abbottabad Pakistan. I told Coach Spo and D Wade about it and they set up a meeting with Obama and we got it done #JustAKidFromAkron” pic.twitter.com/Szzib2dJ4t

Here are some more hilarious memes about LeBron James and his various lies.

“I told Zuck when he was working on The Facebook to drop the ‘The’ and just call it Facebook.” -LeBron Janes pic.twitter.com/w9gkhHkxaO

“I remember the morning the Titanic departed from England, I was supposed to be on that ship. They called it unsinkable but I had a bad feeling” pic.twitter.com/muMIqpfQY1

These LeBron memes are hilarious 😂 🤣 pic.twitter.com/kYHeHKTWPW

LeBron James has been amid memes and controversy after he recently lied about listening to the Migos in 2010.

After his game, LeBron James decided to pay tribute to the Migos recently deceased star Takeoff. LeBron even made the effort of dressing up in Takeoff’s iconic suit. But all of that went to waste after LeBron allegedly lied about being a fan of the Migos since his time with Miami in 2010.

Fans did some digging and found out that LeBron was lying since the Migos hadn’t even released a track till 2011. NBA Twitter did not let this opportunity go to waste and made LeBron James the face of Twitter memes.

This is a lie that LeBron will have to hear about for a long time to come. Hopefully, he can shut the noise out by winning another championship with the Lakers in the coming years.