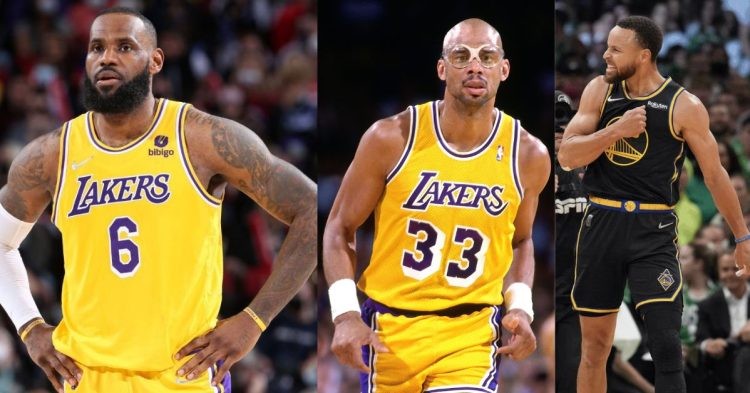 LeBron James is undoubtedly one of the best players in NBA history. As much as his haters can argue, the only player who is arguably on par with him or is better is Michael Jordan. LeBron joined the league in 2003 when the Cleveland Cavaliers drafted him at #1 in the NBA Draft. Since then, he has been the “King” of the biggest basketball league in the world.

The 37-year-old currently has 4 NBA titles, together with many other accolades. The Golden State Warriors won the 2021-22 title. That meant Stephen Curry tied with him to have the most rings among active players, along with a few other GSW players. On the other hand, LeBron is breathing down Kareem Abdul-Jabbar‘s neck, who is the NBA‘s all-time top scorer.

As King James is entering his 20th year in the league, many have appreciated his greatness. LeBron responded to a compilation on Twitter. He said, “To be continued!!”.

LeBron came to the league as a star, and he touched greater heights as a basketball player. His evolution from a rookie to a veteran has been truly astonishing to see. He will be reaching a whole new level when he catches up to Abdul-Jabbar and manages to edge Steph Curry.

Will LeBron James become the NBA’s all-time top scorer and win his 5th title next season?

Kareem currently has 38,387 points and LeBron is close to passing Kareem’s record. He has 37,062 points right now. He will likely make the record his next season. To do that, he would only have to average around 16 or 17 points per game next season. Considering he has never averaged below 20 points in his last 19 seasons, that should be an easy feat for the King.

However, if he faces an unfortunate injury, that may put an end to his dreams. James recently signed a lucrative contract with the Lakers. Although it is a short two-year contract, it displays his mentality to have one more shot at the title.

The Lakers currently have a new head coach in Darvin Ham. In addition to that, they have their stars like Anthony Davis back and ready to go. The LA-based franchise may not have gone huge in the trade market, but they did sign an extremely talented player in Patrick Beverley. It will be interesting to see how Ham makes the team click. Their roster is filled with potential and all they need is chemistry between the players to win the championship.

Considering there are decent odds that James will surpass Kareem, winning another title with the Lakers might be too big a dream for him. The competition is high in the league, as the Warriors look to continue their dynasty.

Moreover, teams with young prodigies like the Memphis Grizzlies and Phoenix Suns also look to bring home the title. To win his 5th title, LeBron would have to put in the work like he always has, and make sure his team does the same as well.