LeBron James or Michael Jordan: Who Has More Finals MVPs? 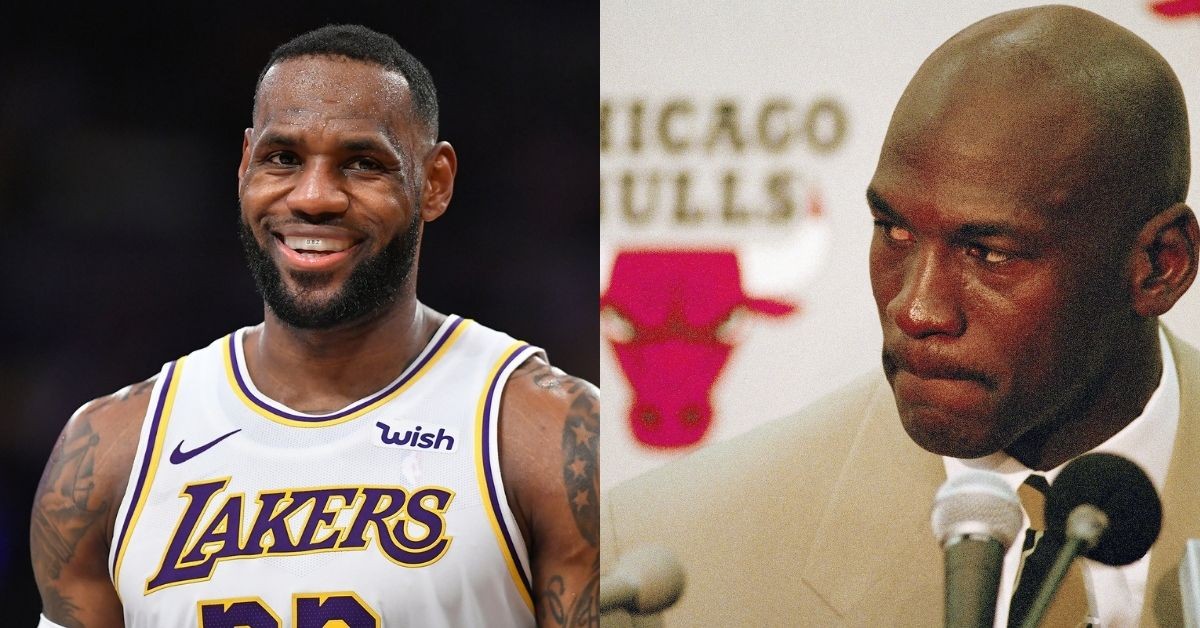 LeBron James and Michael Jordan are two of the greatest players in the sport of basketball. Comparisons have been drawn between them for more than a decade now. Both these players have managed several trips to the NBA Finals and won several championships. This raises the question of who has succeeded more. The MVP award helps decide which player has more accolades to his name. So is it Bron or Mike?

It is important to distinguish between a normal MVP and an NBA Finals MVP. A regular MVP is selected based on the player’s performance throughout the regular season. The most valuable player usually carries his team to a high seeding. The MVP is selected through player, fan, and media voting primarily.

Finals MVP refers to the best player in the Finals 7 game series. It is usually given to the winning team’s best offensive or defensive player. Additionally, both the Finals MVP and regular-season MVP are given trophies and celebrated as the best players in the league that year.

LeBron James has had a longer career than Michael Jordan. However, despite playing at the highest level. he has fewer significant accolades when compared to Jordan. LeBron has 4 regular season MVPs. The years 2008,2009, 2012, and 2013 were when LeBron won his regular-season MVPs. Additionally, LeBron James also won his first and second  Finals MVPs in 2012 and 2013.

LeBron also won the NBA Finals MVP in 2016 against the Golden State Warriors. He also won in 2020 when the LA Lakers faced the Miami Heat.

Micheal Jordan has won a Finals MVP in every finals trip

Modern basketball is different than in the 90s. The modern-day player and coaching allow almost all teams to have a competitive edge in the playoffs.

One can find reasons to say 90’s basketball was easier or harder. But that does not take away from what Michael Jordan managed to do with the Chicago Bulls in that era. Michael Jordan won 5 regular-season MVPs in his 15-year career.

Winning 6 championships in a single franchise solidifies Jordan’s argument for greatness. Additionally, he managed to do so without a single elimination in any of his runs to the finals. There was simply no team with the answer to Jordan and his Chicago Bulls.

This is where he differs from LeBron James who has lost 6 times in the Finals. There are several contemporaries of LeBron, each of who managed to win 1 title or more during his reign in the NBA. Kawhi Leonard and Stephen Curry are two of the contemporaries who managed this feat.

As LeBron approaches the back end of his career. It is highly unlikely he is going to win any regular-season MVPs or Finals MVPs. Therefore, based on the numbers, Jordan had a greater impact on the league during his prime

What Went Wrong With the Kevin Durant Led Brooklyn Nets in the 2022 NBA Playoffs?