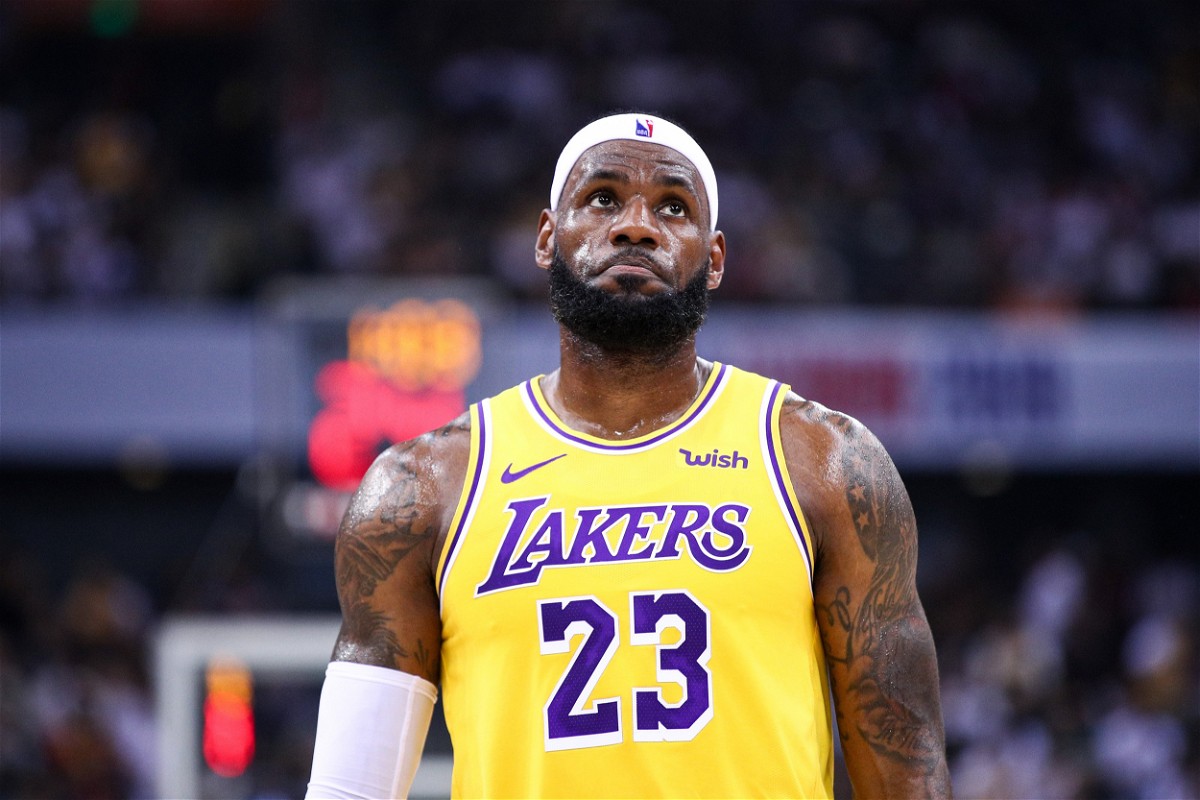 LeBron James is playing at the highest level even in his 19th season in the NBA. He is breaking or making records with his impressive on-court production with Los Angeles Lakers. In his recent game against Memphis Grizzlies, LeBron passes legendary Oscar Robertson in the list of all-time assists leaders in the NBA. In a post-game interview, James praises Robertson and his impact on the game.

About Oscar Robertson LeBron said, “I know quite a bit about Big O, What he meant to the game, what he still means to the game is something unparalleled. He was a premier big guard, that could do pretty much everything on the floor”.

James further commented on Robertson’s passing ability saying “His ability to get teammate involved, to find his teammate, his ability to provide that sense of joy on the floor because of the pass, is something I always respected“

LeBron on passing Oscar: “He was one of the first really premier big guards that could do pretty much everything on the floor.”

LeBron added how much he admired Robertson’s ability to provide that sense of joy in the game by setting teammates up. Also mentioned Magic + Kidd. https://t.co/ZE6nuuc01b

LeBron humbly added the point that any comparison or connection with great players is a true honor.

In today’s game, James scored game-high 35 points with 9 rebounds and 7 assists for the team. This was his 18th game of the season with 30+ points. But the rest of the Lakers couldn’t capitalize on his massive performance as they lost the match 127-119 against Memphis.

Jaren Jackson Jr had 21 points and 12 rebounds. He also had massive 6 blocks in the game. Desmond Bane was the top scorer for the Grizzlies with 23 points.

Also Read: Numbers Suggest LeBron James Could Crack the Top 5 Position on the All-Time Steals List by the End of His Career

Oscar Robertson was one of the NBA’s most decorated players. He was part of the NBA’s 35th-anniversary team (and also in all next-anniversary teams), which itself highlights his greatness. 1961 Rookie of year award winner Robertson had stellar 14 seasons in NBA. LeBron took 1339 games (19 seasons) to get to the tally 0f 9888 assists in NBA, which is 299 games more than Oscar had played in.

“The Big O” as famously known, Robertson had a great on-court vision. His pinpoint passing was additional armor to his efficient shooting. He was considered as the main reason for the Bucks 1971 NBA Championship – 1st ever for the franchise. He provided staggering 124 assists in 4 games to complement his 23.5 points and 5 rebounds average in the finals. His partnership with Kareem Abdul-Jabbar (Finals MVP) was instrumental in the Championship run.

Robertson’s all-time stats are also very overwhelming. He averages 25.7 points, 9.5 assists, and 7.5 rebounds per game in 1040 games. His shooting efficiency was around 49% while clocking humongous 42 minutes in the game.

With so many 1st’s and achievements under his belt, there is no doubt that NBA Hall of Famer Robertson was one of the best to play the game of basketball. Well, to be fair with LeBron James, he was back from a defeat. Also had very little time collecting himself to describe the greatness of Oscar Robertson.

Also Read: “That was to shut them the f**k up”: Julius Randle Tries to Justify the Thumbs Down Gesture to Fans