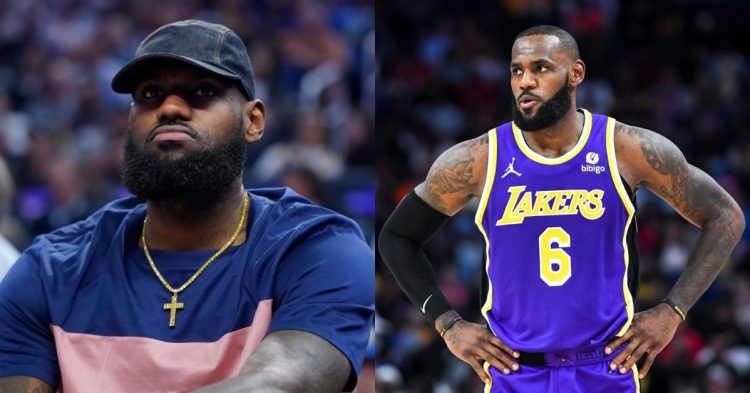 The topic of religion has been making the rounds on the internet in recent times. We have seen many NBA stars who went public with their religious beliefs. One example would be Shaquille O’Neal, who claimed he was a man of many faiths. However, there also have been players to be quiet about their preferences as well. It is none other than the Los Angeles Lakers superstar LeBron James.

LeBron has been in the NBA for almost two decades now, as he enters his 20th year in the league. He has made a huge evolution from a rookie to a 4x NBA champion and veteran. However, one thing that King James has not done is openly talk about his religion like many others have done. Due to this, many have found it difficult to determine which faith he follows.

James did not have an easy childhood. Haters may claim that he doesn’t deserve to be addressed as one of the GOATs but the path he has come on is truly extraordinary. His father, Anthony McClelland served time and had often gotten into trouble. This meant that a young LeBron had to grow up with his football coach, Frankie Walker after he turned 9 years old.

LeBron’s mother, Gloria James, raised him as a single mother. And the now-NBA legend grew up as a believer in the religion Christianity. There haven’t been many times where James has revealed his religion, but the few times he did so, we all can remember those instances very clearly.

In the 2011 NBA Finals, the James’ Miami Heat lost to the Dallas Mavericks. After the loss, James took to Twitter to express his disappointment. But not in the way everyone expected him to. He tweeted, “The Greater Man upstairs know when it’s my time. Right now isn’t the time.”

Although he disclosed that he did believe in the existence of a God, he didn’t reveal to his Twitter followers which religious practices he followed. Another time this happened was when he said, “I don’t know why the Man above gave me the hardest road, but the man above don’t put you in situations that you can’t handle.”

He said that in 2016, winning the NBA title for his beloved Cleveland Cavaliers. For context, the Cavaliers had to overcome a huge hurdle against the Golden State Warriors in the finals that year. They made a sensational comeback from a 3-1 deficit to snatch the championship from the Warriors.

LeBron may not have been open about his religious preferences so far. But it is strongly believed by many that he became a strong believer in the Christian religion when he started schooling at St. Vincent–St. Mary High School. It was a Catholic school.

Moreover, he has called upon God in the past before. That was when his teammate, Rodney Stuckey had a seizure on the court in 2010. After the medical team brought him to the hospital, LeBron called for a hurdle with his teammates to pray when he called upon, “our Lord and Savior Jesus Christ” to heal his teammate.