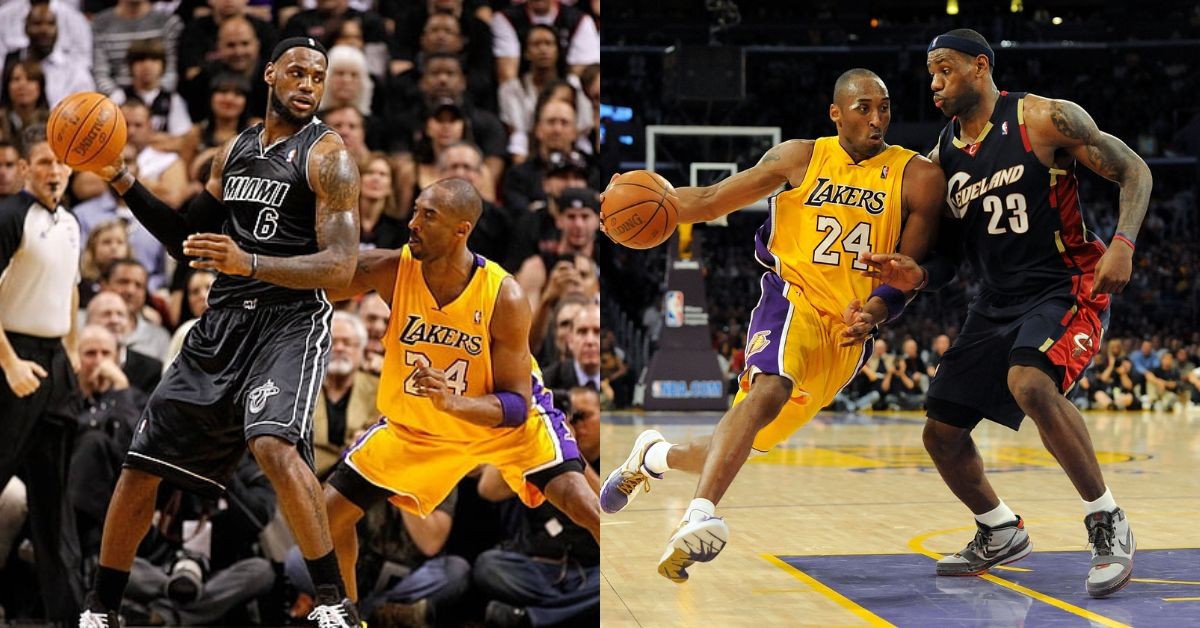 LeBron’s longevity and great vision helped him to be a multi-dimensional superstar. He is what you get if you add more qualities to the game of Magic Johnson. Whereas Kobe Bryant was considered the regen of Michael Jordan.

LeBron James leads in every statistical category. Some of them can be reasoned out. For example, LeBron is a much taller player than Kobe and spends a lot of time as a Small or Power forward. Hence, the rebounding numbers for LeBron will be much higher.

LeBron also takes a lot of his shots from the mid-range and in the paint. He’s also very bad at shooting from behind the arc and therefore only takes the shots sparingly. Whereas Kobe is a much better 3-point shooter, which is why his FG% is much lower.

Other than that, LeBron James has just shown that he is a much better player in other statistical categories.

Accolades-wise, Kobe takes the win. Kobe has won more NBA titles than LeBron and more scoring titles. Bryant is also a much better defender and has a better record in the NBA finals.

LeBron still has some of the more important achievements like more MVPs and Finals MVPs. Currently, they have the same number of all-star appearances but LeBron is sure to pass that by next season.

Kobe Bryant was regarded as the greatest scorer in NBA history. His 81-point game and his 35.4 points per game season are regarded highly. However, LeBron’s longevity and ability to rise to the occasion helped him surpass Kobe in all-time points, in both the regular season and NBA playoffs.

LeBron James and Kobe Bryant played each other 22 times in their career. In those games, Kobe averaged 24.6 points, 5 rebounds and 5 assists. Whereas LeBron James averaged 28 points, 7 rebounds, and 7 assists. And in those 22 games that they played, LeBron’s team won 16 of those game. Pure dominations from LeBron James.

After diving into the stats and accolades of these 2 Hall of Famers, it’s clear to say that LeBron James has surpassed Kobe Bryant and is the number 2 behind Jordan’s number 1.