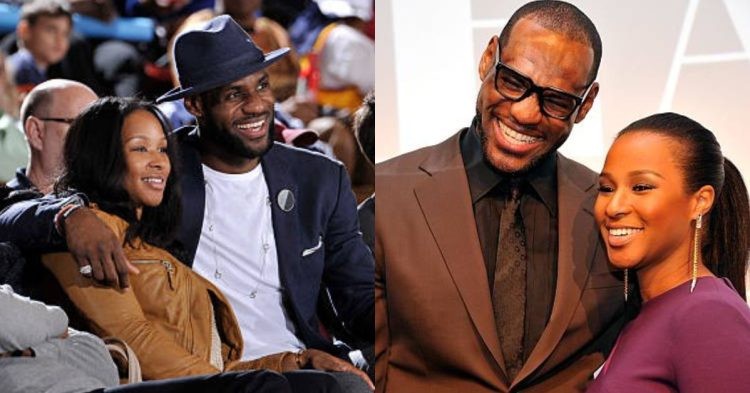 In 2011 when LeBron James proposed to his high school love Savannah Brinson, the Lakers star was quite nervous. (Credit- Getty Images)

LeBron James who has been one of the greatest NBA stars till today has had quite a love story with his wife Savannah James. At the time when NBA players are seen to be quite dominating in the field however in life that is outside court, it seems to be quite opposite. It was the same for the Lakers star, LeBron James.

It was in 2011, at the time when LeBron was with Miami Heat, he proposed to Savannah Brinson on the Eve of a New Year’s party in South Beach. According to sources, LeBron was quite nervous before proposing to his wife Savannah Brinson. For him, it was one of the most pressurized moments as much as how he felt before a game.

However, in an interview with Oprah Winfrey, LeBron revealed how he was nervous at that time. “I was nervous. It felt like before a finals game. I knew all my teammates and my friends and family were going to be there, and I thought I was ready to make the next step in my commitment with Savannah.” He further revealed how he took the help of his teammate Dwayne Wade with the engagement ring during the proposal. “I asked him for it right after the ball dropped. He was like, ‘You ready?’ I was like, ‘If you don’t give me this ring right now, I ain’t gonna do it’.” He said.

However, the two had quite a relationship before their marriage.

At the time when LeBron was studying at St. Vincent-St. Mary High School in Akron, Ohio, Savannah attended a rival high school. However, they started dating when LeBron was in his senior year and Savannah was a sophomore, a cheerleader, and a softball player. According to sources, LeBron saw her at a local football game that he attended where Savannah was also present. However, they talked with each other and LeBron asked her to attend a basketball game together, however, she refused. And from there, their relationship started.

Following this Savannah got pregnant in high school when LeBron was in their rookie season with Cleveland Cavaliers. However, the two handled the situation quite well and they welcome their first child Bronny James born on 6 October 2004. Three years later in 2007 they welcomed their second child Bryce James.

Following, 6 years later they tied the knot in San Diego where Beyoncé and Jay-Z performed. Apart from this, LeBron’s teammates with their wives including Dwyane Wade and Gabrielle Union, Carmelo and La la Anthony, Chris and Jada Paul, and more also attended. A year later the duo welcomed their third child and daughter Zuri on 22 October 2014.