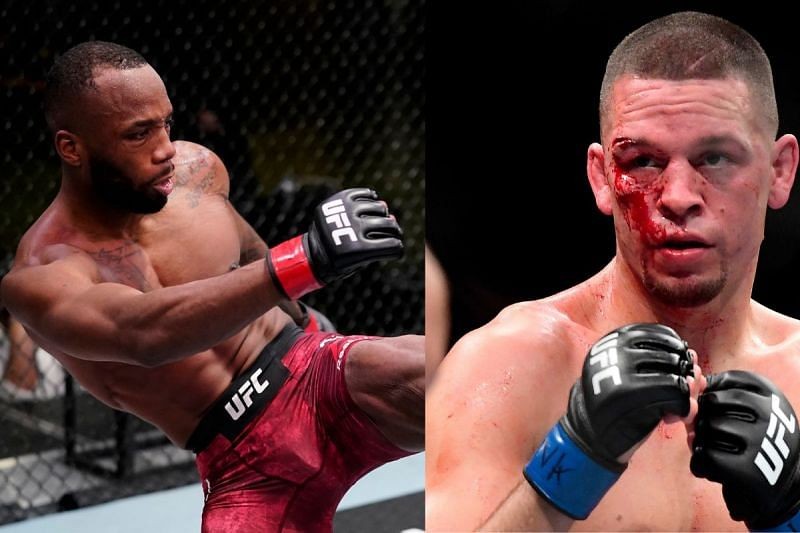 Nate Diaz makes his much-anticipated octagon return on UFC 262 to take on Leon Edwards. This is an unexpected matchup that UFC came up with a few weeks earlier for the main event of UFC 262.

Leon Edwards is coming off a disappointing fight against Belal Muhammad. The fight ended in a no-contest and with that the hopes of Edwards for fighting Usman with the title on the line became nonexistent. However, the fight against Nate Diaz is the perfect opportunity for Edwards to make a name for himself in the world of MMA.

On the other hand, Nate Diaz is coming after a long hiatus from the sport. And a win over Edwards might make him next in the line for a title shot against the winner of Kamaru Usman vs Jorge Masvidal. But, Diaz won’t be the favorite going into this fight.

Leon Edwards is on an 8 fight win streak in the division. He is amongst the top 5 welterweights in UFC right now and he is just a more skilled fighter than Diaz. Not to mention that Diaz is not really a true welterweight. There was a huge power difference between Masvidal and Diaz when they fought at UFC 244. And it’s going to be the same case when Diaz takes on Leon Edwards.

Counting out Nate Diaz from a fight would not be wise. After all, he caused the biggest upset in UFC history when he defeated Conor McGregor in their first encounter. And the toughness of Diaz is one of the reasons why NBA legend Shaquille O’Neal is picking Diaz to beat Leon Edwards.

In a recent interview with ESPN MMA, Shaquille O’Neal talked about Diaz’s next fight against Edwards and said:

“I like Diaz. I like both of Diaz. brothers. They kind of remind me of myself. We just don’t give a damn. We’re always going to put on a show and it doesn’t matter who you put in front of us Jordan, Barkely we’re still going to step up. I like Diaz in that fight.”

What do you think about Shaquille O’Neal’s prediction about Diaz vs Edwards? Can Nate Diaz get back on the winning streak at UFC 262?