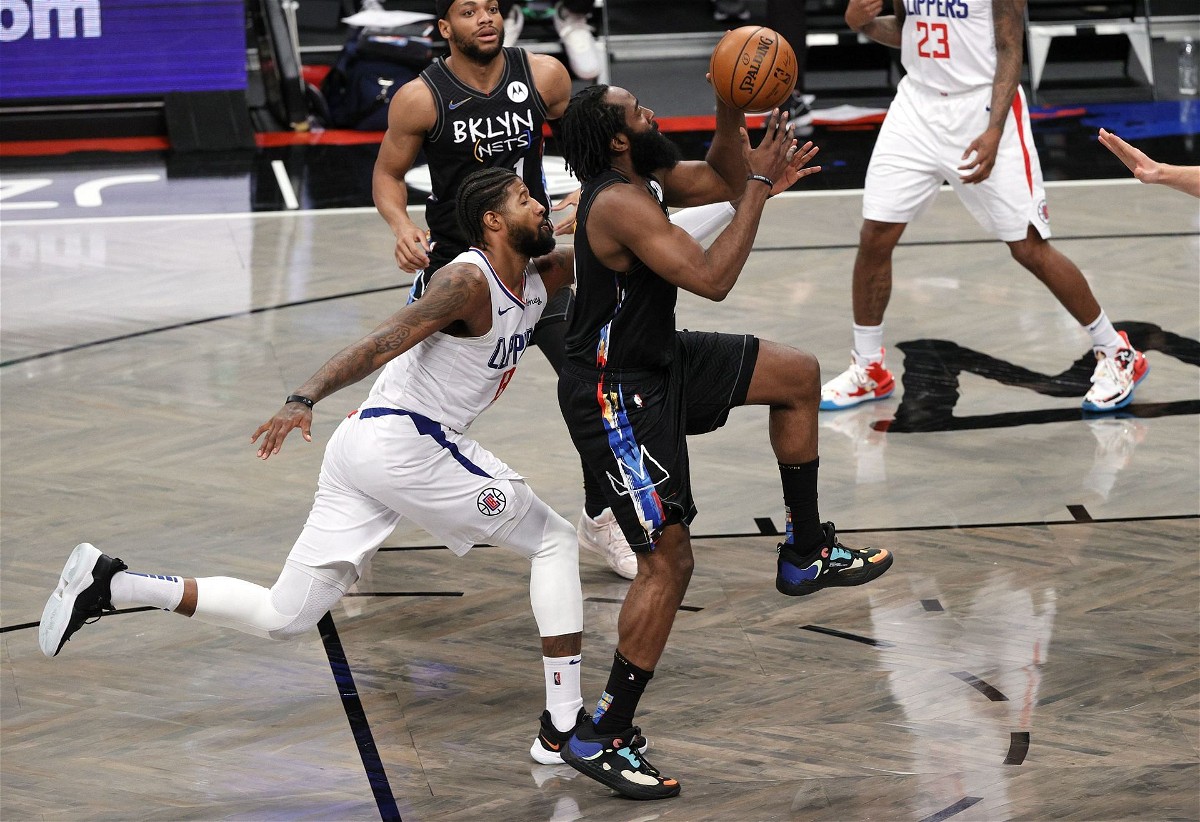 The Los Angeles Clippers visit New York to play the Brooklyn Nets for the second time in the 2021-22 NBA season. In their last game, the Nets took a 124-104 victory over the Clippers in Los Angeles.

The Los Angeles Clippers continue their turbulent season as the sixth seed in the western conference. The Clippers have lost three of their last five games as they are averaging 105.0 points being the 27th best offence in the league. LAC is allowing 104.6 points as the 5th best defence in the 2021-22 NBA. In their last game, the Clips were defeated by the rebuilding Toronto Raptors as Fred Vanvleet, Pascal Siakam and OG Ananuby scored 25+ points in a 116-108 victory.

Voting is as easy as @Yg_Trece makes it look…

The Brooklyn Nets have been one of the best teams in the 2021-22 NBA season as the number one seed in the eastern conference with a record of 23 – 10. In the last five games, the Nets have won three games as they defeated the Lakers, Clippers and Sixers. Brooklyn is averaging 110.3 points per game as the 11th best offence in the NBA. Brooklyn has improved their defensive immensely after last season as they are allowing 106.7 points as the 11th best defence in the league.

The Nets are led by the extraordinary Kevin Durant who is averaging 29.9 points, 7.8 rebounds and 5.8 assists while shooting 52.4% from the field and 38.1% from the 3-point line. KD is also leading the league in scoring and is on track to win his fifth scoring title. With KD, James Harden has been great for Brooklyn as he averaging 22.4 points while leading the team in rebounds and assists with 8.2 rebounds and 9.8 assists.

The Brooklyn Nets are clear favourites to win this game against the Los Angeles Clippers. The Nets have defeated the Clips in their last matchup comfortably even without Kevin Durant as James Harden dropped 39 points with eight rebounds and 15 assists. Brooklyn dominates LAC in scoring as the 11th best offence in the league while the Clippers trump Nets defensively as they have allowed the fifth least points in the league. But with KD and James Harden in great form and the Clippers missing Paul George, LA stands no chance to defeat the Nets.

How to watch Los Angeles Clippers vs Brooklyn Nets?

The game between Los Angeles Clippers vs Brooklyn Nets will be locally televised by YES and Bally Sports SoCal. Fans can also catch the game on NBA League Pass.