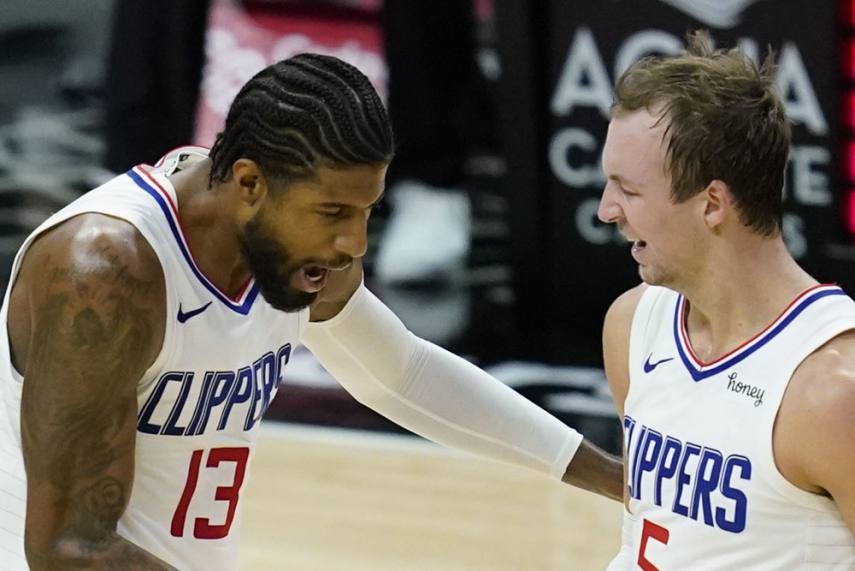 Los Angeles Clippers and Dallas Mavericks suit up for their second head to head match of the NBA 2021-22 regular season. In their last encounter, the Paul George led Clippers defeated Dallas 97-91 at the Staples Center.

The four seeded Los Angeles Clippers ended their two-game losing streak after defeating the Dallas Mavericks comfortably. Reggie Jackson hit the game-winning layup to seal the game. He scored 23 points on 8-for-14 shooting, including 4 of 8 from 3-point range. The Clippers have steadily improved this season and are surprisingly second in the defensive rating.

All hands on deck. pic.twitter.com/mSDkEgWa8x

Paul George has been on a tear and has looked like his former self in Oklahoma, where he ended the season as third in the MVP race. He has been averaging 26.4 ppg and leads the Clippers in points, assists (5.2) and steals (1.9) while being second in rebounds (7.7).

Please be advised that this dunk is rated PG-13.

The Dallas Mavericks are struggling as they have been on a three-game losing streak heading into this game. With the loss of their on-court leader, Luka Doncic, the Mavericks have been playing catch up with their opponents. Dallas has also struggled with shooting the three-ball. They shot 6-for-30 (20%) against the Clippers, which continues to handicap their offence.

But throughout this slump, Kristapas Porzingis has been the biggest positives for the Mavericks. He is averaging 25.3 points per game on 53/40/92 shooting splits along with 9.7 rebounds, 2.5 assists and 1.5 steals per game. So when Luka returns, the Mavericks could reach their ceiling and become a powerhouse in the west.

In the absence of Luka Doncic, the Mavs already start behind the 8 ball. The Clips have also picked up their game and are clear favourites. Apart from the stars, role players like Terance Mann, Serge Ibaka and Luke Kennard have played brilliantly in the last few games. Hence, the LA Clippers will most likely win this game.

Kawhi  Leonard – Knee – out for the season

How to watch Los Angeles Clippers vs Dallas Mavericks?

The matchup between the Dallas Mavericks and LA Clippers will be live-streamed on NBA League Pass. The game will be broadcast locally on Bally Sports Southern California (SoCal) and Bally Sports Southwest – Dallas (SW-DAL).