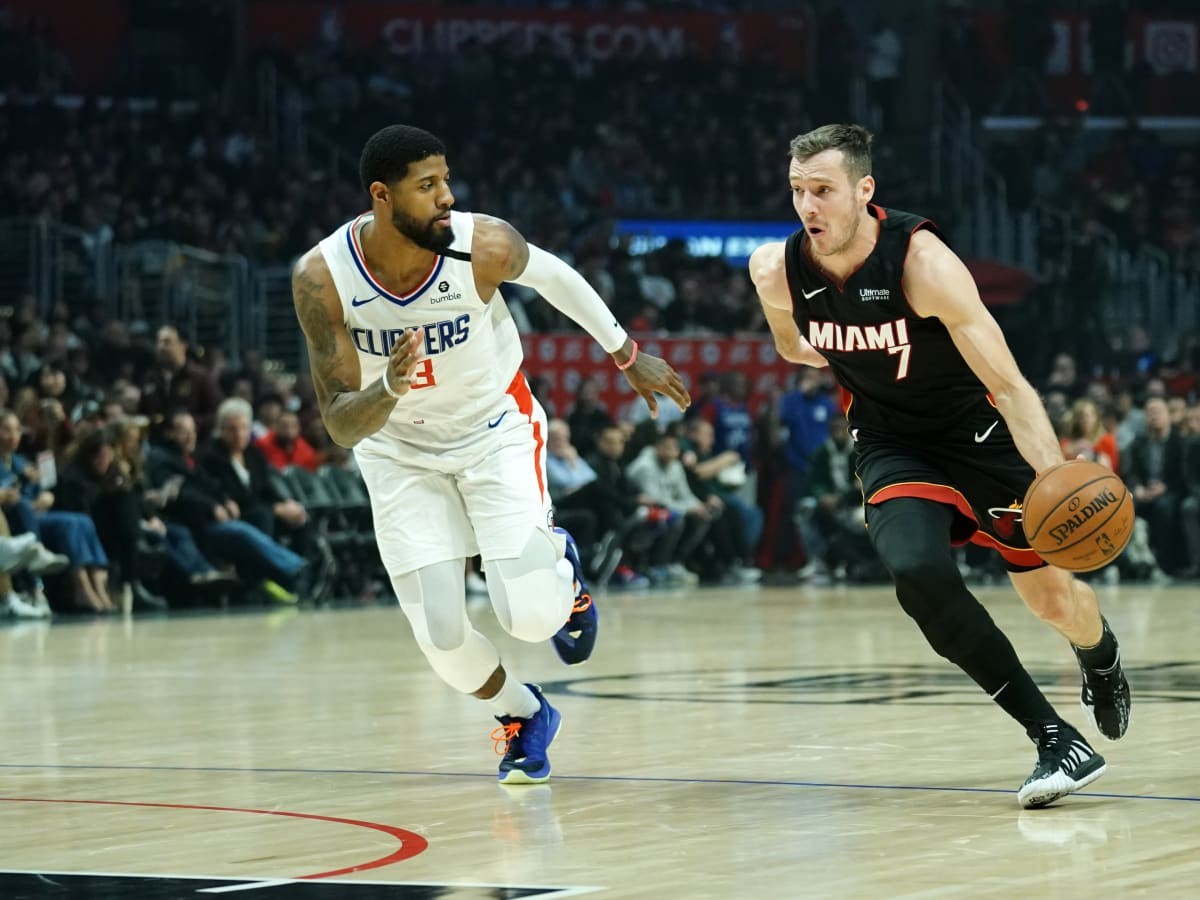 LA Clippers and Miami Heat are considered as dark horses for The Championship this season. Both teams are capable of causing big “upset” for title favourites.

When the Clippers traded for Kwahi Leonard and Paul George – they were immediate title contenders. But they failed to even win Conference in 2 seasons. Still, Kwahi and Paul George signed an extension, keeping faith in management and team.

Bookies ranked them very low this season – With Leonard’s early-season injury. But Paul George’s performance – reminding of his “Indiana Days” has proved many wrongs. Clippers are now 6th in Western Conference with a 6-4 record.

With the latest win over Cleveland – Washington Wizards are now top seed Eastern Conference team. Miami Heat though just .5 games behind with 1 fewer game played. The Eastern Conference this season is looking more competitive with 3 teams fighting for the top seed and 12 teams out of 15 for a playoff berth.

Miami Heat made smart trade-in Kyle Lowry – a Champion, do-it-hard way, gutsy player who complements the team perfectly. Without Victor Oladipo and some injuries at regular intervals, Miami managed to hold on and beat opponents with their defense.

Coach Spo on Morris’ status (neck): “He’s moving around in the locker room right now. We’ll do the necessary tests and do what we need to do make sure he’s ok.”

Clippers definitely miss Kwahi Leonard, but Paul George’s production has been a cheering factor for them. George leads Clippers in Points (27.6), Assists (5.4), steals (2.5), and rebounds (8.3). Reggie Jackson’s inclusion also proved beneficial for the Clippers as Jackson (17.6 ppg) along with other Veteran Nicolas Batum (12.1 ppg) shared the scoring load for them.

Miami Heat – on contrary to Clippers, rely more on team performances. No Heat player is in the top 10 for offensive stats. Led by Jimmy Butler (25.3 ppg), the Heat have contributions from most of their roster. Defensively though Bam Adebayo is 4th in rebounds and Butler is 3rd in steals.

The clipper’s winning margin is 4.8 points, while Miami has an 8.6 points margin. The pace of the game is expected to be slow, as both coaches construct plays with ball possession. This match would be intriguing as both teams have an equal chance of winning. But back-to-back road games with a recent injury to Jimmy Butler will affect Miami’s performance. The clippers can win with a narrow margin though.

Marcus Morris (knee): Expected to be back by 13th Nov

Serge Ibaka (Personal): Expected to be back by 13th Nov

Kawhi Leonard (Knee): Expected to be back by 1st March

How to watch LA Clippers vs Miami Heat?

Los Angeles Clippers vs Miami Heat will take place in Staples Center. The stadium is prepared to accept fans in full capacity. International viewers can access the game on NBA League Pass.