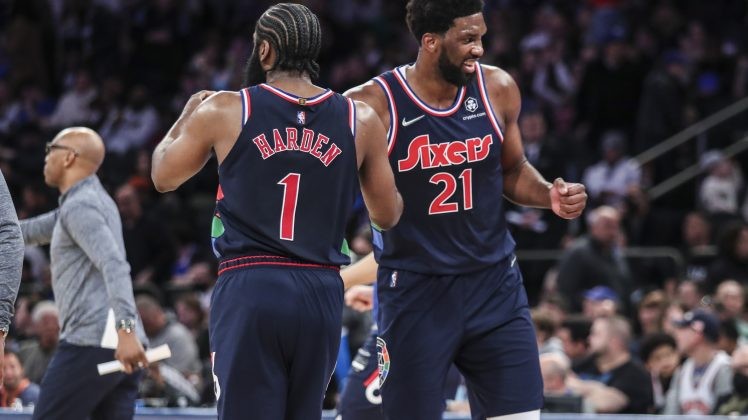 The Los Angeles Clippers host the Philadelphia 76ers at the Crypto.com Arena on the back of a 4-game losing streak. They will dread the prospect of facing the newly-formed duo James Harden and MVP contender, Joel Embiid.

The Clippers very narrowly edged out the Sixers to pull off an upset win back in January. The game that finished 101-102 featured 7 Clippers players scoring in double digits. Reggie Jackson led them with a 19-point effort to go with 9 assists. Ivica Zubac recorded a double-double with 12 points and 10 rebounds.


Joel Embiid was his usual self, scoring a massive 40 points and 13 rebounds in a performance that still fell short on the night. His usual partner in crime, Tyrese Maxey, showed up with 19 points and 8 assists too. But the Sixers were outplayed collectively by a resolute Clippers team.

The Sixers are in imperious form having won 4 of their last 5 games. Including wins against quality opposition such as the Miami Heat and the Dallas Mavericks. Expect no difference against the Los Angeles Clippers but nonetheless, it will be a good old scrap between the two teams.

The Philadelphia 76ers will win against the Los Angeles Clippers in a close-fought game.

How to watch the Los Angeles Clippers vs Philadelphia 76ers?

You can watch the Los Angeles Clippers vs Philadelphia 76ers on NBC Sports. Indian viewers can catch the action on Voot Select, JioTV, or MTV. Likewise, fans across the world can stream the game through NBA League Pass. And for play-by-play commentary, you can tune into 97.5 The Fanatic on the radio.