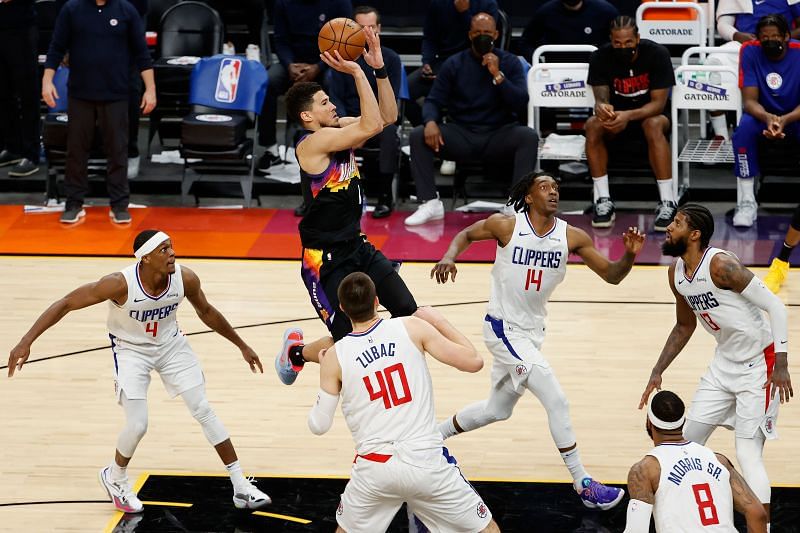 The Los Angeles Clippers will take a trip to the desert to face the Phoenix Suns before returning home for the next three games. Both teams have played each other once where the Clippers defeated Phoenix 111-95 in December 2021.

The Los Angeles Clippers have managed to stay afloat in the western conference playoff race as the eighth seed with a record of 19 wins and 19 losses. Clipsnation suffered the fourth consecutive defeat at home as they lost to the Minnesota Timberwolves 122-104. In the last ten games, Clippers have averaged 3-7, averaging 103.4 points, 41.5 rebounds, 23.4 assists, 7.8 steals and 4.7 blocks per game while shooting 45.3% from the field. Their opponents have averaged 109.6 points.

The Los Clippers are led by Paul George as he putting up 24.7 points, 7.1 rebounds and 5.5 assists. Reggie Jackson is having a close to a career year as he is scoring 16.9 points per game with 3.4 rebounds and 4.1 assists for the Clippers. Eric Bledsoe has also been great for Los Angeles as he is averaging 14.2 points and 3.4 rebounds while shooting 47.2% over the last 10 games.

The Phoenix Suns are cruising in the western conference as they are tied for the number one seed in the western conference. The Valley Boys have a record of 29 wins and eight losses and will face the Clippers on a two-game winning streak. In the last ten games, the Suns have a record of 7-3 while averaging 117.5 points, 46.8 rebounds, 27.0 assists, 8.9 steals and 4.4 blocks per game while shooting 48.7% from the field. Phoenix has allowed 105.4 points per game.

From one end to another three. 👌 pic.twitter.com/I9pIfsMb9c

Both Los Angeles Clippers and Phoenix Suns will miss multiple players on Thursday. But the Suns still have Booker, Paul, and Bridges to lead their offence, whereas the Clips are pretty toothless without George and Kennard. LAC can’t rely on Reggie Jackson and Eric Bledsoe; who combined for a miserable six points in the previous game. Hence, the Clippers’ have a poor offence whereas the Suns have a top 5 defence, making them the favourites to win this game.

How to watch Los Angeles Clippers vs Phoenix Suns?