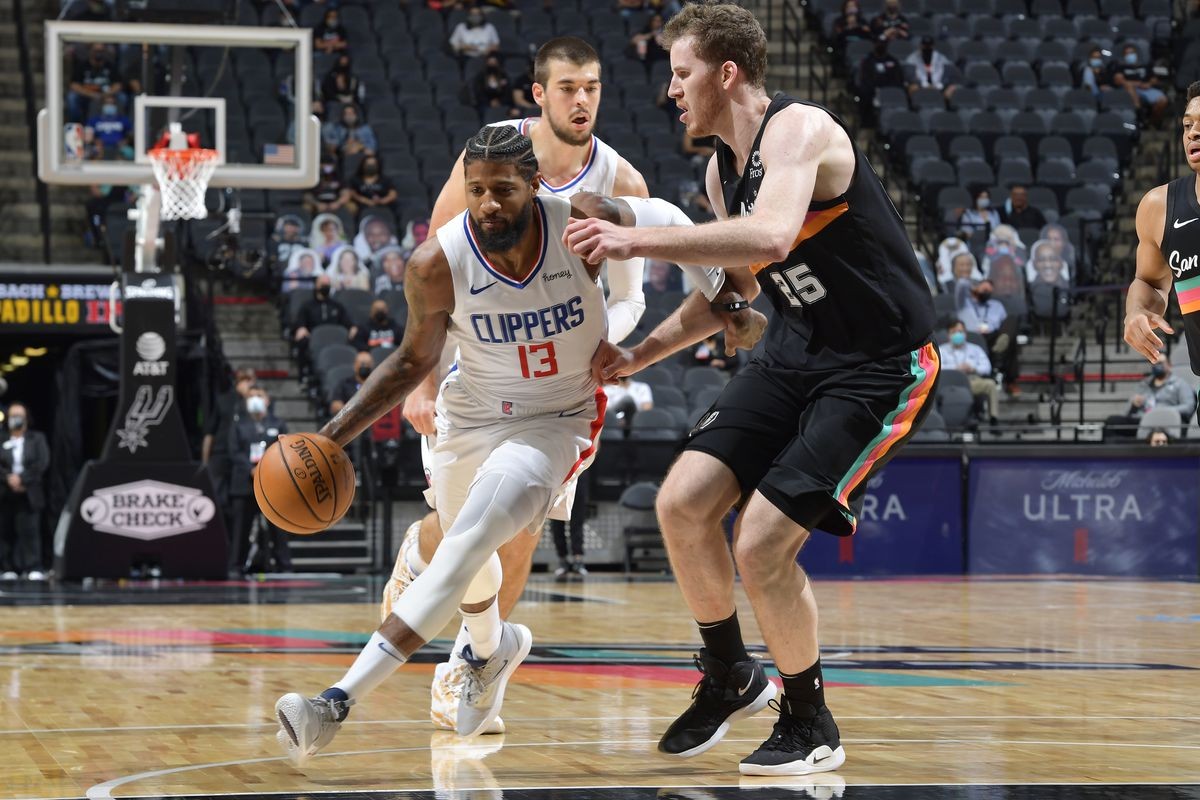 Los Angeles Clippers and San Antonio Spurs will face each other in Western Conference regular-season matchups. Both teams have lost their recent matches and will look to get back to winning ways again.

Los Angeles Clippers are 6th in the Western Conference table, winning 8 and losing 6 matches so far. The Clippers, till now, were riding high on the heroics of Paul George and were able to beat some of the weaker teams.

In 14 games so far, Paul George has been the catalyst for the Clippers. He is leading them in points with 26.5, Assists (5.2), Rebounds (8.2), and Steals (2.3 per game). Now the Clipper guards are showing some production offensively. Eric Bledsoe and Reggie Jackson are filling up stats with points on board, and assist for others.

San Antonio Spurs have the best winning percentage record in NBA history – 62.2%. That is till the end of the 2021 season. But they are now 4-9 for the season and lost back-to-back games. They do not possess “a go-to” player, as the team is young and developing under Popovich.

Dejounte Murray has evolved into a top guard for the Spurs, scoring 18+ points and dishing out 8 assists per game. Jacob Poeltl has also shown great improvement in rebounding and seems more confident around the rim.

The San Antonio Spurs might be a young, developing team, but they are surely not a pushover. The Spurs  with their disciplined play, have a low turnover ratio and are never in foul trouble. The Spurs have put in more points (109.6) this season than the Clippers (108.4).

But defensively, the Clippers are ahead of San Antonio. With an experienced roster, Tyron Lue’s team has restricted opponents to 103.3 points per game. The absence of Poeltl will hurt the Spurs, but they can expect a good display from others.

The Clippers will look to seal the game as early as possible and give more game time to their bench players.

Marcus Morris (knee): Expected to be back by 18th Nov

Jason Preston (Foot): Expected to be back by 1st January

Kawhi Leonard (Knee): Expected to be back by 1st March

Keon Johnson (Ankle): Expected to be back by 18th Nov

Zach Collins (Foot): Expected to be back by 1st January

How to watch Los Angeles Clippers vs San Antonio Spurs?

The game between the Los Angeles Clippers and the San Antonio Spurs will be held at Staples Center. The stadium is set up to accommodate a full house. NBA League Pass allows international spectators to watch the game. Bally Sports Southwest and Bally sports SoCal will telecast match locally.