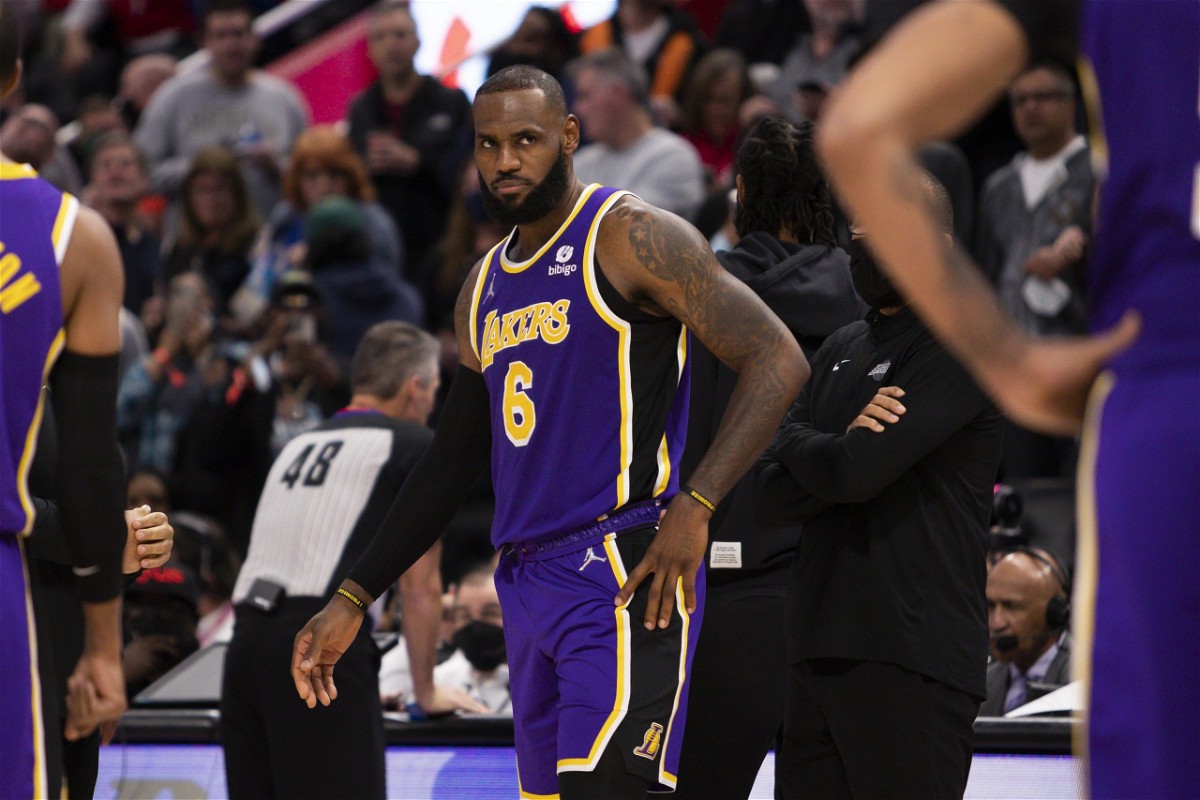 The Los Angeles Lakers take on the Brooklyn Nets in the main event matchup on Christmas day. Both the Lakers and Nets enter this game losing steaks as LA has been on a four-game losing streak whereas the Nets enter the Crypto.com Arena after losing to Orlando Magic.

The Los Angeles Lakers have been on a sudden downfall as they have lost four straight games as they suffered a 28-point defeat to the Spurs. Los Angeles’ offence is slipping—it’s now ranked 10th (109.8 PPG), while the defence comes in at 27th in points allowed (111.2 PPG). The Lakers offence has been stagnant in December as they are scoring just 98 points per 100 possessions. But their biggest problem for the Lakers has been their turnovers as they are second in the league with 15.5 turnovers per game.

The Lakeshow has been led by LeBron James, who has been playing 37 minutes per game, which would be his highest since the 2016-17 season. LeBron James is averaging 26.8 points, 6.7 rebounds and 6.5 assists while shooting 51.4 from the field and 34.6 from the 3-point line. Aside from stars like Russell Westbrook and Anthony Davis, Isaiah Thomas has been an incredible pick up for the Lakers. IT is averaging 9.2 points, 2 rebounds and 1.5 assists in 25 minutes.

The Brooklyn Nets have been an incredible team in the 2021-22 NBA season. The Nets are the number one seed in the east with a record of 21 wins and nine losses. But with key players missing the Brooklyn lost to the 14th seeded Orlando Magic 100-93. Brooklyn’s offence ranks 11th in scoring (109.7 PPG) and 10th in defence (106.3 PPG). But like the Lakers, the Nets offence has hit a slump in December as they are placed 18th in offensive rating.

The Nets are led by an incredible Kevin Durant who has been putting up 29.7 points, 7.9 rebounds and  5.9 assists. KD has been leading the league in scoring and is on track to win his fifth scoring title. With Kyrie Irving still missing time, James Harden has picked up his form after a slow start to the season. Harden is averaging 20.8 points while leading the Nets in rebounds and assists with 7.9 rebounds and 9.6 assists.

Despite both teams struggling in recent games, the Los Angeles Lakers are favourites to win against the Brooklyn Nets. As both franchises are missing many players due NBA’s health and safety protocol. The Nets would be without Kevin Durant who has been their scoring leader and has lost two out of three games without him. LeBron James and Russell  Westbrook are averaging 46.5 points who could dominate the Nets. Hence the Los Angeles Lakers will win this game against the Brooklyn Nets.

How to watch Los Angeles Lakers vs Brooklyn Nets?

The Brooklyn Nets vs LA Lakers game will be nationally broadcast on NBA TV, and will also have local coverage on Spectrum SportsNet and the YES app. The match can be streamed live with an NBA League Pass as well.

Belal Muhammad Wants to Fight the Best in the World, Calls on Jorge Masvidal, Colby Covington and Khamzat Chimaev