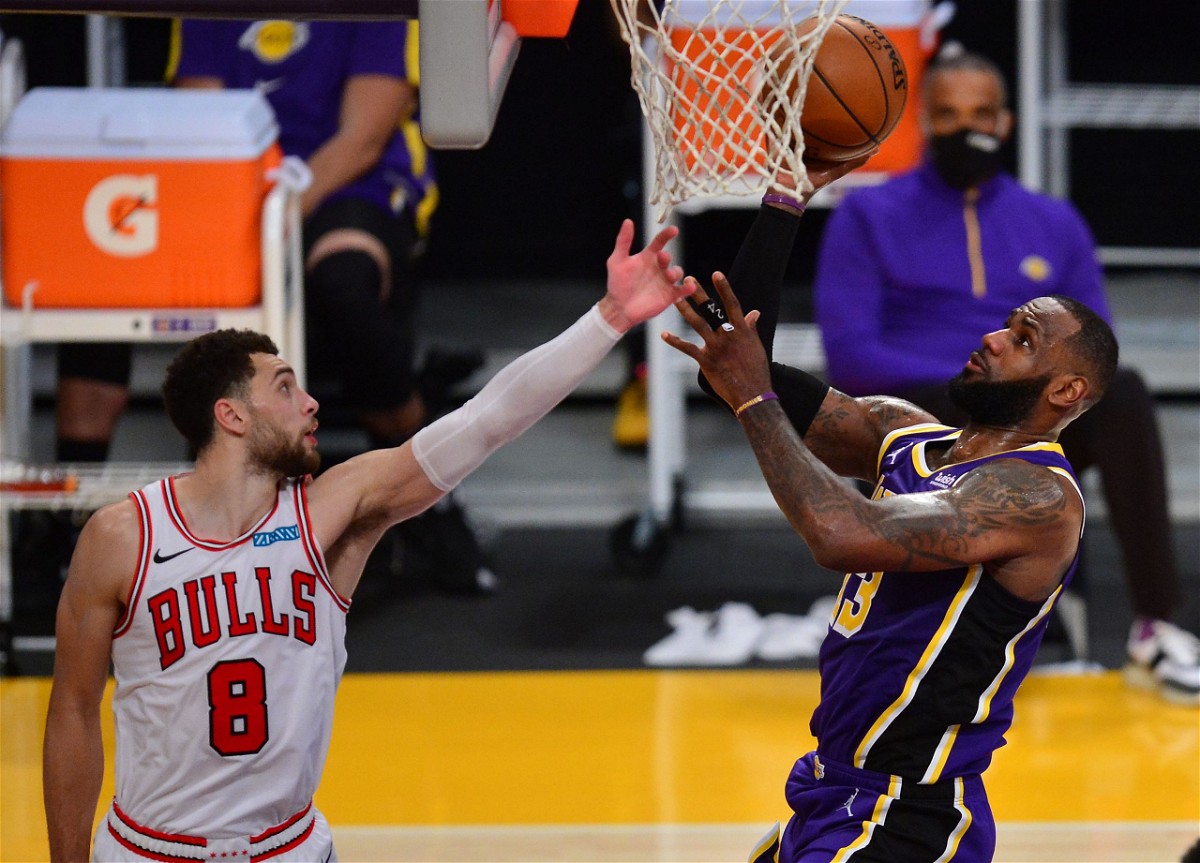 Los Angeles Lakers host Chicago Bulls, which could be a potential playoff final. But it is too early to say so. Bulls are 3rd in the East with 9-4 record, Lakers holding on 7th place in the West with 8-6 record.

Lakers have made a huge buzz in the transfer market this season with Russell Westbrook’s acquisition. They also find a place for Carmelo Anthony, Avery Bradley, and Trevor Ariza to try to balance offence and defense for the team.

Yet Lakers found more relying on LeBron James and Anthony Davis. Davis has played all matches for the Lakers averaging 25 points per game. LeBron – side lined for half of the season so far has 26 points per game.

New faces are slowly coming into the Lakers’ format of play and displaying a glimpse of their best performances. Lakers are one of the best teams this season when the team will have experience of 30 around matches together.

“Who? I don’t know that guy (laughs). Nah, it’s gonna be fun playing against AC. All the stuff he brought to our team to win a championship and to our team last year. He was a big part of what we did here."

DeMar DeRozan and Zach LaVine together are scoring nearly 50% points for Chicago Bulls. In the form, the team has its star players firing on all cylinders. Even other starters have come up with a strong offensive show – overcoming the Squad depth issue for Bulls.

Defence wise Chicago has improved a lot, allowing 9 fewer points this season than the previous one. Impressive trades – Alex Caruso and Lonzo Ball have major role-playing into defence for them. This Ex-Lakers duo has put on good performances in close games for the Bulls.

Los Angeles has one of their franchises losing to the Bulls. Now shorthanded Lakers will face mighty Bulls on Monday. Lakers have shown great character in their 7-game winning streak. Also, now they have bounced back from the loss to Minnesota Timberwolves.

Currently, the Bulls are too hot to handle for most of the teams. Bulls might have lost their primary centre player – Vucevic, but quickly adjusted to the reality grabbed victory against the Clippers.

Chicago Bulls roster might not be very deep in terms of forwards and centre, but the team is capable of sharing paint positions for rebounds and even blocking opponent’s attempts. Offensively Bulls are 2.7 points per game behind the Lakers. But for NBA it is 1 possession game, where the Bulls are much better than the Lakers.

The bulls have a better defensive record this season allowing 102.7 points. And Lakers are yet to find their defensive combination and depend more on an individual’s defence. Coach Miles Simon – expert for Laker’s game preparations and on-court developments will have lots of work to do. The bulls seem pretty confident and inform to beat the Lakers by double figures.

Patrick Williams (Wrist): Out for 6 Weeks.

How to watch LA Lakers vs Chicago Bulls?

Staples Center will host the match between Los Angeles Lakers and Chicago Bulls. The stadium is prepared to accept fans in full capacity. International viewers can access the game on NBA League Pass. Locally Spectrum Sports Net will televise the fixture.

Joe Rogan Suggests the Next Opponent for Khamzat Chimaev