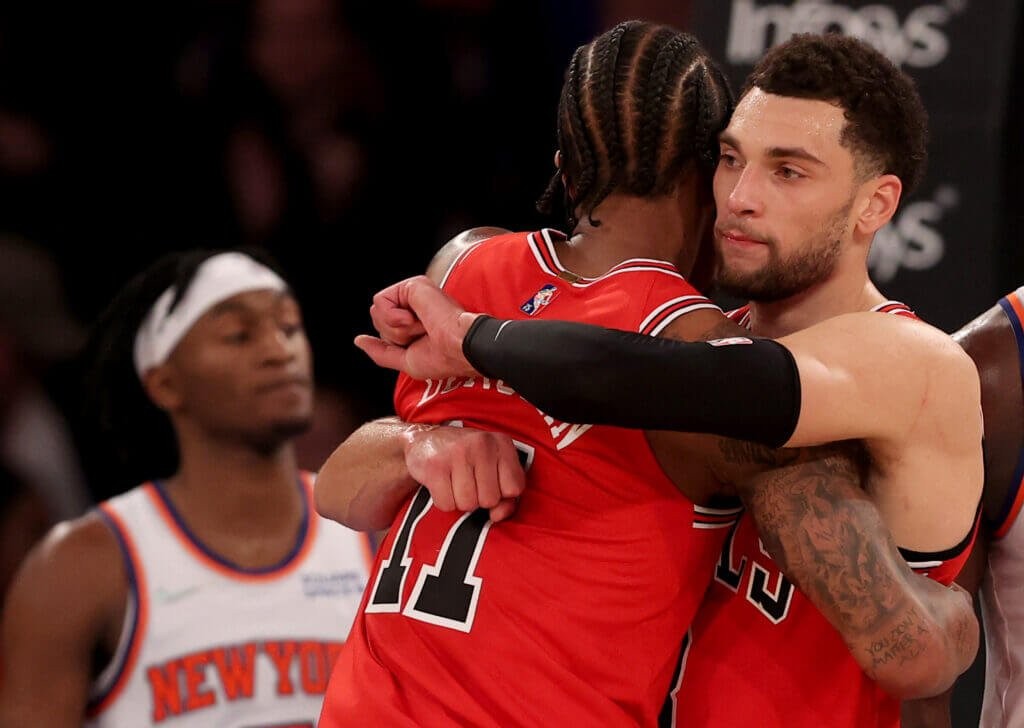 The Los Angeles Lakers look to end their three-game road trip against the Chicago Bulls at the United Center. The last time these teams faced each other in the 2021-22 NBA regular season, the Chicago Bulls defeated the LA Lakers 120-103.

The LA Lakers will take on the Chicago Bulls after suffering a tough loss to the Minnesota Timberwolves. The Lake show was shorthanded as Talen Horton-Tucker, Dwight Howard, Avery Bradley, Malik Monk were listed in health and safety protocol. LA also lost Anthony Davis in the middle of the game because of an MCL strain. In the last ten games, the Lakers are averaging 111.2 points, 45.2 rebounds, 26.1 assists, 9.1 steals and 5.6 blocks per game while shooting 47.7% from the field. LA has allowed 107.1 points as the tenth best defensive in the league.

Isaiah Thomas was the biggest positive against the Timberwolves. IT scored 19 points in 21 minutes as he made his NBA return after a failed stint with Pelicans last season. But for the Lakers, LeBron James has been the leader of the team. He is averaging 26.8 points over the last 10 games for Los Angeles.

The Bulls haven’t performed well in their two-game road trip, losing both games. They are back at home, where they won their last two games, and will hope to end their losing streak with a win over the Lakers. Chicago is averaging 108.3 points per game. They scored 92 points in their last game, making 37.3 percent of their field goals and 42.5 percent of their three-pointers. The Bulls has played well defensively, giving up 105.7 points per game. They gave up 118 points in their last game and will need to play better if they want to win this game.

DeMar is available to play vs. the Lakers.

“It was a boring 10 days… physically, conditioning wise I feel like I’ll be fine.”

Nikola Vucevic and Zach Lavine have been the top performers for Chicago. Vucevic is averaging 15.2 points, 10.5 rebounds and 3.6 assists. While LaVine is putting up 25.3 points over the last 10 games. But for the Bulls, Demar Derozan is set to return against the Lakers after missing many games due to COVID-19. Demar is averaging is 26.4 points to go along with 5.3 rebounds and 4.1 assists per game as the fifth-best scorer in the league.

The Bulls were struggling offensively before they were shut down for a week because of multiple players testing positive for COVID-19. They were held under 100 points per game in their last three games as they were shooting 41 per cent from the field. They also struggled from the free-throw line and were very careless with the ball.

Even though the Lakers have struggled defensively this season, they played well during their streak and held their last three opponents under 105 points per game. They are also one of the best defensive rebounding teams in the league and won’t give the Bulls a lot of extra scoring opportunities. Hence, the Los Angeles Lakers are favourites against the Chicago Bulls.

How to watch LA Lakers vs Chicago Bulls?

The NBA League Pass will stream the game live. Local coverage of the matchup will be available via NBC Sports Chicago and Spectrum SportsNet.

Also read: NBA Injury Report: Chicago Bulls Will Be 9 Players Down with Zach Lavine and DeMar Derozan Sidelined For At Least A Week