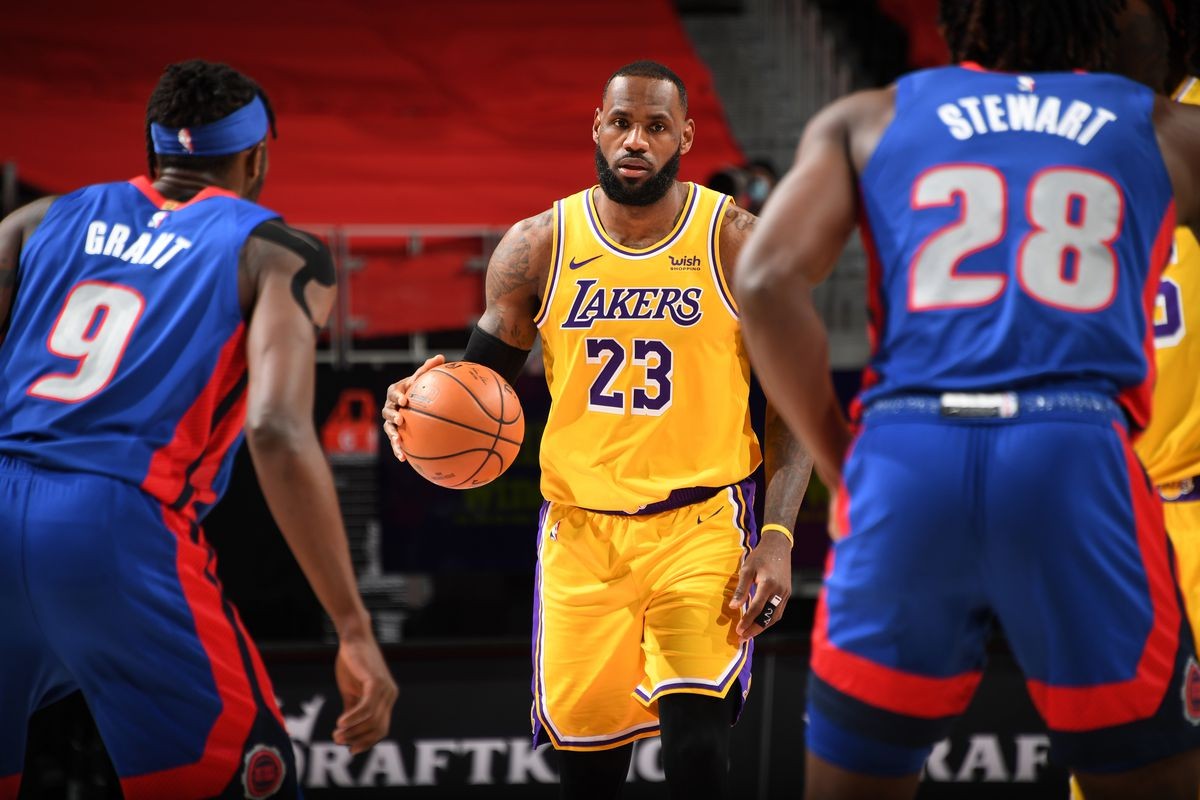 Los Angeles Lakers will continue their  Eastern Confrferece away games as they will take on Detroit Pistons. The East tour has been a difficult one for the Lakers losing 2 on-road and 3 in a row.

LA Lakers this Season So far

The Lakers have lost 3 games on a roll and are losing ground for the playoff spot. The team is fighting to get hold of the conference despite having the most number of All-Stars on their roster. Anthony Davis is proving to be the sole consistent savior for the Lakers with irregularities seen in other stars’ performances.

LeBron James‘ offensive influence on the Laker team can be clearly drawn with the fact that their offensive rating falls down drastically (by 5.8) when James is not on the floor. Frank Vogel has tried to distribute playmaking and scoring load between other players also. But once conference favorite team is now “far-from-figured-out” team for pundits.

Through 3 games, 20-year-old @Thortontucker, in his third season, is averaging:

Detroit Pistons this Season So far

Senior players for the Pistons have contributed fairly but not enough to seal the games. Pistons are 14th in the Eastern conference and Coach Dwane Cassy needs to be patient with the team.

Detroit Pistons as a team rank 29th in scoring, 30th in rebounds, and 27th in assists per game. These stats are either for a rookie team or a developing team. Well, the Pistons fall into both categories described.  The Lakers are 9th in scoring with 109.2 points per game. Big men’s presence in the paint also allows the Lakers to grab nearly 54 rebounds per game.

The Lakers still have the Knicks and the Pacers away games coming up after this fixture. after losing 3 games in succession, a game against a weaker side would boost the Lakers’ confidence for upcoming tricky matches. Lakers should win the game, but more importantly, should recollect themselves for the push for a playoff spot.

How to watch Los Angeles Lakers vs Detroit Pistons?

Los Angeles Lakers and Detroit Pistons MAtch will take place at Little Caesars Arena. The stadium is prepared to accept fans at full capacity. International viewers can access the game on NBA League Pass. Bally Sports Detroit and Spectrum Sports Network will be Local broadcasters for the game.