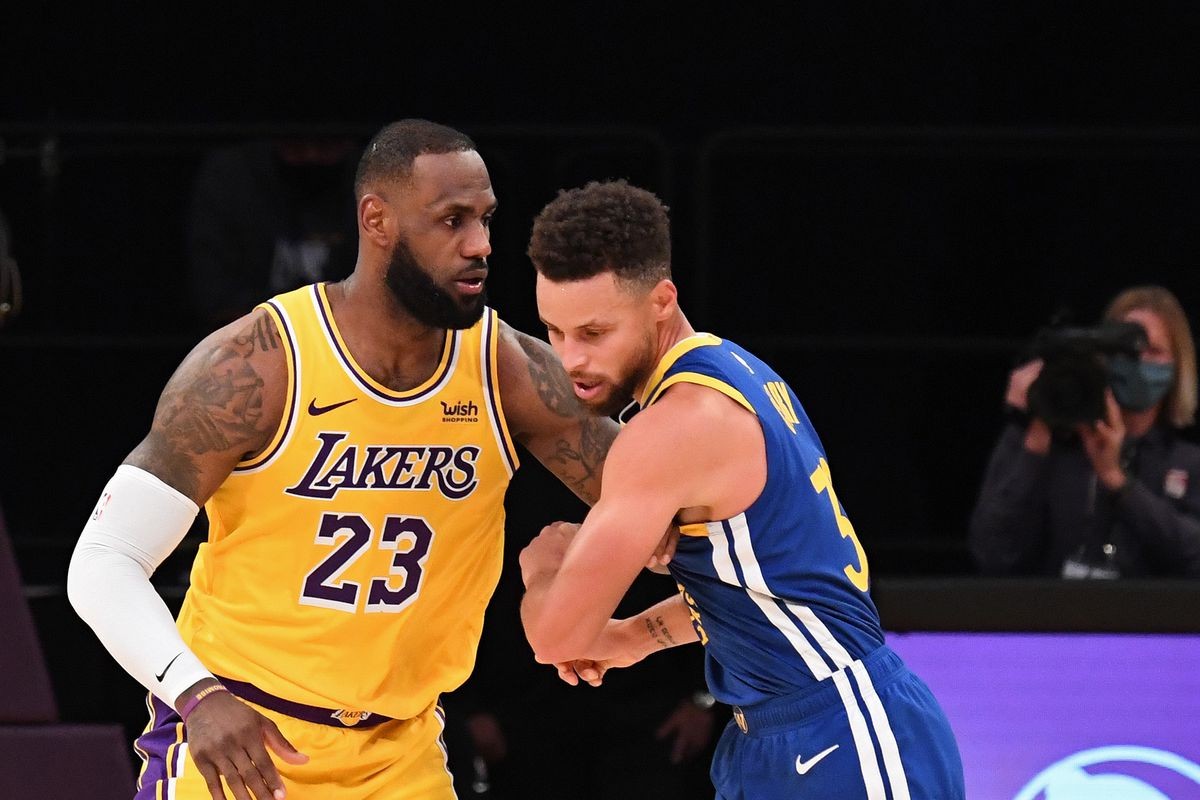 The Los Angeles Lakers continue their western conference road trip as they take on the Golden State Warriors at the Chase Center in San Francisco. Both teams enter this game after embarrassing losses as the Lakers lost to the Portland Trail-Blazers in a 107 -105 defeat. Whereas the New York Knicks defeated the Warriors 116 – 114.

The Los Angeles Lakers have been one of the most struggling teams in the 2021-22 NBA season ss the ninth seed in the west. They enter this game on a two-game losing streak after suffering defeats to the Bucks and Portland.

Lost it for a second there ???? pic.twitter.com/2QWWaeYBxV

LeBron James continues to defy father time as he is averaging a team-high 29.1 points, 7.7 rebounds and 6.5 assists. With Russell Westbrook out, Anthony Davis is the second-best Laker this year. He is averaging 23.5 points and a team-high 10.0 rebounds, with 17 double-doubles this season.

The Golden State Warriors have been one of the best teams in the league as the second seed in the western conference. The Dubs were on a nine-game winning streak before losing to the Jazz and Knicks in the previous two games. In the last ten games, the Warriors are averaging 113.9 points, 44.0 rebounds, 25.9 assists, 8.7 steals and 4.3 blocks per game while shooting 47.7% from the field.

Steph Curry drills the three on a step back ????pic.twitter.com/hdpWKnkRHC

Stephen Curry has been one of the best players this season as he is putting up 25.7 points, 5.4 rebounds and 6.4 assists for the Warriors. Jordan Poole is also having a career year as he is averaging 16.2 points over the last 10 games for Golden State. Johnathan Kuminga has averaged 16.4 points per game in the last five games.

The Golden State Warriors are clear favourites to win this game against the Los Angeles Lakers at the Chase Center. The Dubs dominate the LAL defensively as the second-best defence, allowing 103.0 points per game. On the contrary, the Lakers have been one of the worst defensive teams in the league as they are allowing 112.5 points.

The Lakers’ offence is dependent on LeBron James who could miss the game with an injury. Similarly, LA will miss Russell Westbrook who is also listed on the injury report. Hence the  Golden State Warriors are most likely to win this game.

How to watch Los Angeles Lakers vs. Golden State Warriors?

ABC will broadcast the game between Los Angeles Lakers and Golden State Warriors. The game is also available on the NBA League Pass.