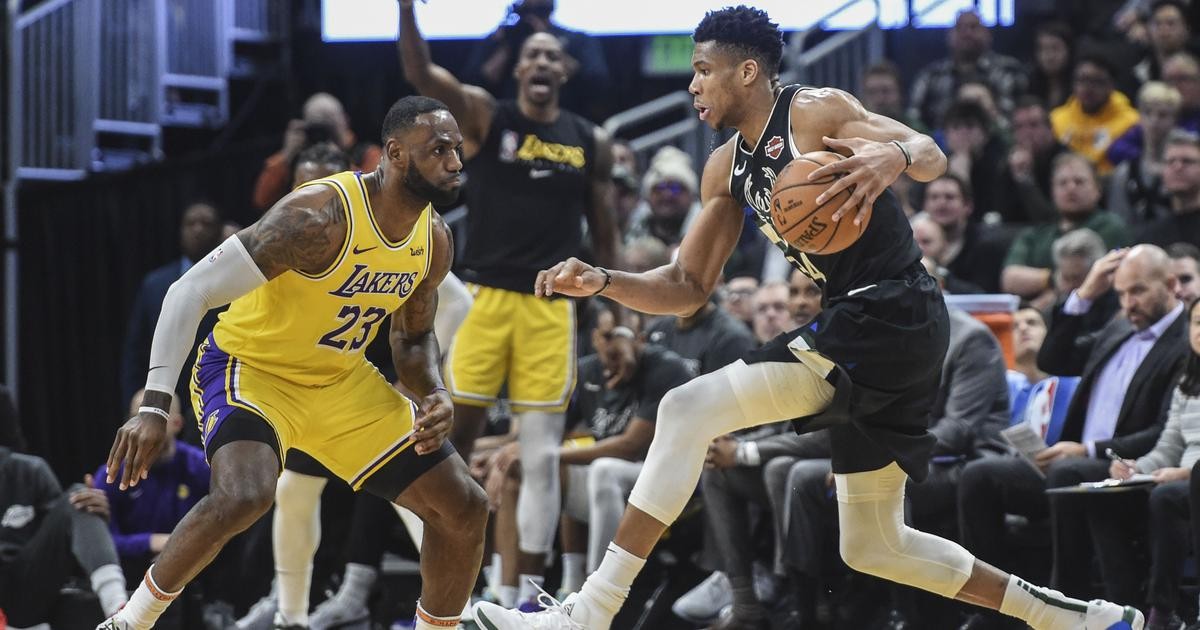 The 9th seeded Los Angeles Lakers are set to take on the 2nd seeded Milwaukee Bucks in a cross-conference matchup. Los Angeles will be hosting the 2nd bout of this matchup in the Cryto.com Arena. In their first encounter this season, the Los Angeles Lakers lost the contest 102-109. This will be the first time these teams will be matching up since the 18th of November 2021.

How Did Their Last Matchup Unfold?

On the 18th of November in the Fiserv Forum, the Milwaukee Bucks hosted the Lakers. A well-awaited matchup of the Brow and the Freak. 2 of the best big men in the league entered the game, yet only Giannis Antetokounmpo came to play.

Antetokounmpo put up a monstrous stat line of 47 points, 9 rebounds, 3 assists, 1 steal, and 1 block on 78% from the field and 75% from the 3. AD was extremely passive and Westbrook played just like a backup. The only positive the Lakers took home from that game was the break-out performance from Talen Horton-Tucker.

Since that game, the Lakers have lost 20 games and won 18 whilst the Bucks have lost 13 and won 27 games showcasing that Milwaukee has been the better team in their time apart.

The Milwaukee Bucks have won their 7 out of their last 10 games and have also won their last 3 with a double-digit lead. Giannis Antetokounmpo is averaging 29 points per game this season and will be going up against a team with a weak offense and a recovering defense.

The Bucks are also a top 10 team in offensive and defensive ratings. Another important thing to mention is that the Bucks are one of the healthiest teams in the league at the moment which not only drastically improves their chances of winning the game but also makes them true contenders for winning back-to-back NBA titles.

The entire case for Lakers winning tonight completely rests on the shoulders of the King. If he can rally his team to perform better whilst having a good game of his own, only then they could genuinely trample the defending Champions.

I predict the Milwaukee Bucks to take a 2-0 series lead and completely dismantle the Los Angeles Lakers.

How to Watch the Lakers vs the Bucks?

You can watch the Los Angeles Lakers play the Milwaukee Bucks on 8th February 2022 at 10:00 PM ET on TNT. You can also watch the game globally on NBA league pass.