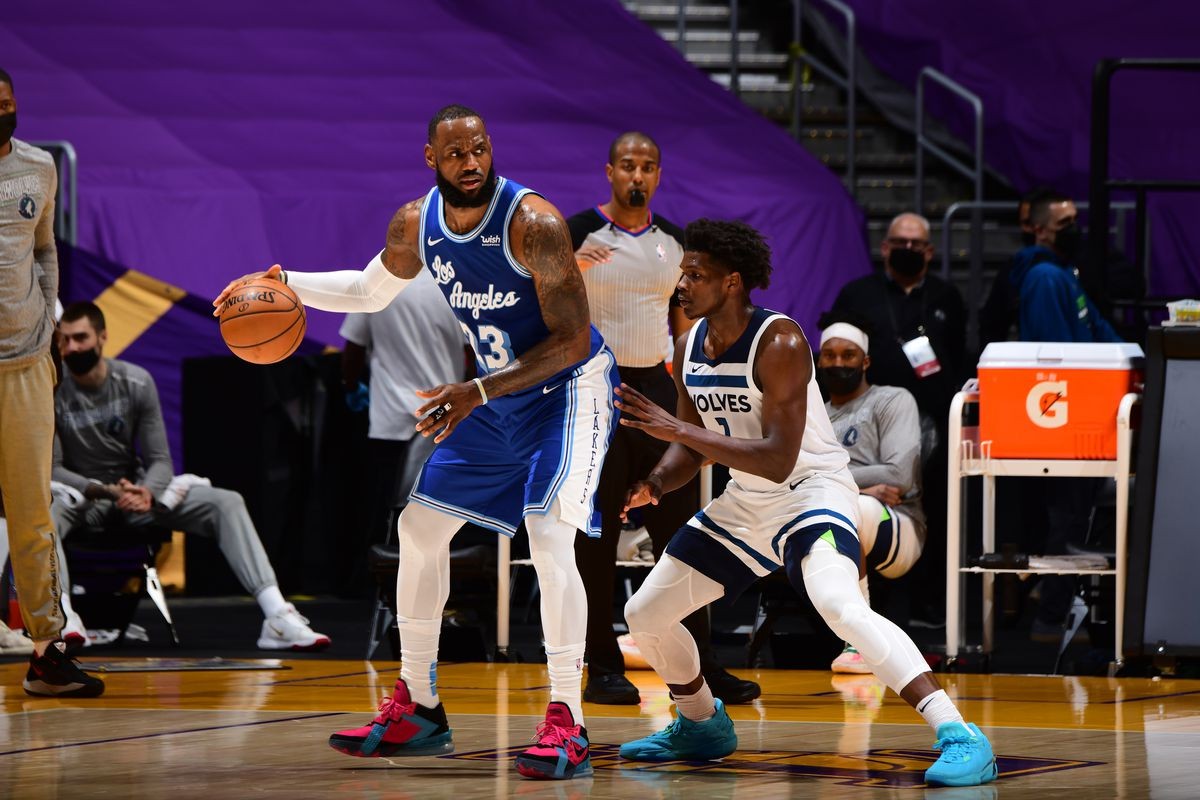 The Los Angeles Lakers look to build on their winning momentum as they host the Minnesota Timberwolves for the second time in the 2021-22 NBA season. The T Wolves have dominated the Lakeshow this season defeating them twice.

The Los Angeles Lakers are gradually back in the western conference as the seventh seed with a record of 18 wins and 19 losses. Los Angeles is seventh in points per game at 111.1 and 26th in points allowed per game at 112.2. The Lakeshow has been a solid shooting team as eighth in field-goal percentage (46.5%) and 15th in three-point shooting (35.0%). They have struggled from the free-throw line, however, hitting 73.2% of their shots. The Lakers are third in offensive rebounds (36.5) and eighth in total rebounds (46.0).

Anthony Davis is still out, which is a big loss as he is averaging 23.3 points and 9.9 rebounds per game. LeBron James leads the Lakers at 28.6 points, 7.5 rebounds, and 6.6 assists per contest. Russell Westbrook completes the Purple and Gold big 3 with 19.5 points, 8.2 rebounds, and 8.4 boards per game.

The Minnesota Timberwolves are currently going through a slump as they have lost two games in a row as the ninth seed in the Western Conference.   Minnesota is 14th in points per game at 108.1 and 20th in points allowed per contest at 109.1. They are 27th in field-goal shooting (42.9%) and 23rd in three-point shooting (33.9%). This, although they shoot more three-pointers per game than any team in the NBA (41.6). The Timberwolves are third in offensive rebounds at 12.5 per game but 16th in total rebounds at 45.2.

The Timberwolves are led by Karl-Anthony Towns at 24.5 points and 9.1 rebounds per game. Edwards is also having an outstanding season, averaging 22.2 points and 5.7 boards per contest. Minnesota’s third-best player is D’Angelo Russell while averaging 18.7 ppg and 6.7 apg.

The Minnesota Timberwolves has been struggling, in their past few games. Los Angeles had their slump but looks like they have gotten out of it, winning two of their last three games and dominating the Trail Blazers. LeBron James balled out and Westbrook had a triple-double making the Lakers favourites against the Timberwolves. Minnesota is without their star duo of Karl-Anthony Towns and D’Angelo Russell, giving the Lakeshow a massive upper hand.

How to watch Los Angeles Lakers vs Minnesota Timberwolves?

The game between the Minnesota Timberwolves and the LA Lakers will be televised locally by Bally Sports North (Minnesota) and Spectrum SportsNet (Los Angeles). Fans can also catch live action online via a subscription to NBA League Pass.