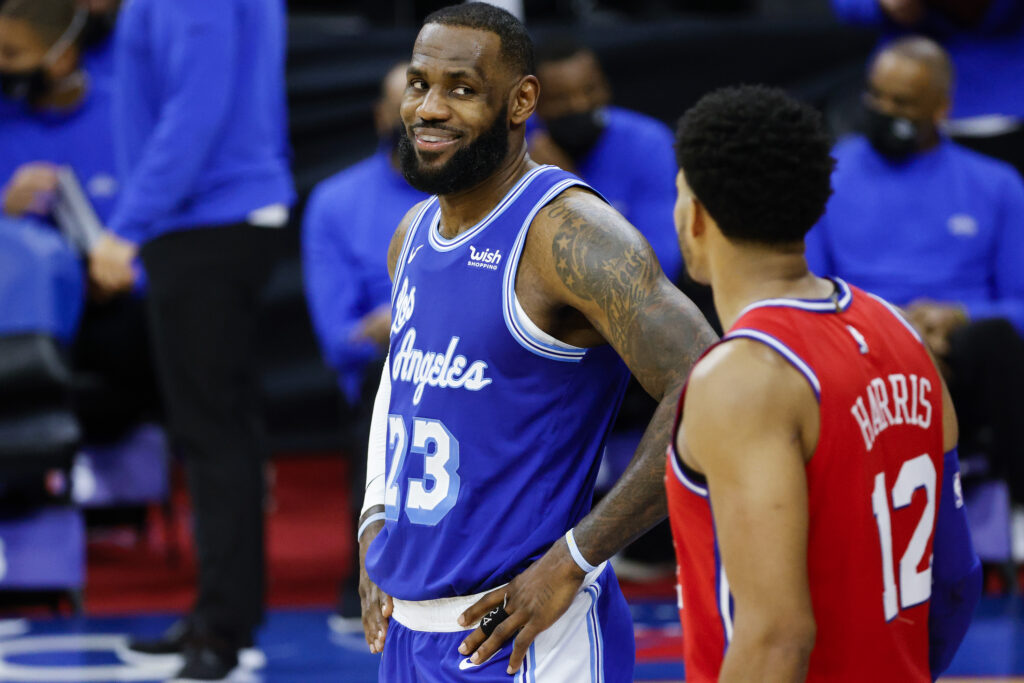 The Los Angeles Lakers travel to the Wells Fargo Center for a road matchup with the Philadelphia 76ers on Thursday night. Both teams enter this matchup after big victories as the Lakers defeated the Brooklyn Nets. Whereas the Sixers took down the Pelicans thanks to Joel Embiid’s 42 point game.

The Los Angeles Lakers have started their six games by winning two out of three games where they defeated the Brooklyn Nets and Orlando Magic. Lakers are gradually looking to their championship expectations as they finally saw the return of Anthony Davis. The Lakeshow is averaging 112.1 points, 41.9 rebounds, 23.7 assists, 7.8 steals and 4.8 blocks per game while shooting 46.4% from the field. Their opponents have averaged 113.7 points.

LeBron James continues his purple patch as he is scoring 29.1 points per game and averaging 7.7 rebounds for the Lakers. Malik Monk has been a crucial player for Los Angeles as he is averaging 3.1 made 3-pointers over the last 10 games. Anthony Davis returns for the Lakeshow with his 22.8 points and nine rebounds.

Joel Embiid is having an MVP season as he is averaging 29.0 points, 11.4 rebounds, 4.4 assists and 1.6 blocks while shooting 49.9% for the 76ers. Tobias Harris is averaging 19.1 points over the last 10 games for Philadelphia. Tyrese Maxey has also been incredible for Philly as he averages 16.6 points and 4.5 assists.

The Philadelphia 76ers are playing some of their best basketball of the season in the last few weeks. Joel Embiid has been running through his competition as he is averaging 35.2 points in the last ten games. He’s been on a rampage, and although Anthony Davis is back for the Lakers, he can’t stop Embiid. Hence the Philadelphia 76ers can dominate and blow out the Los Angeles Lakers.

How to watch Los Angeles Lakers vs. Philadelphia 76ers?