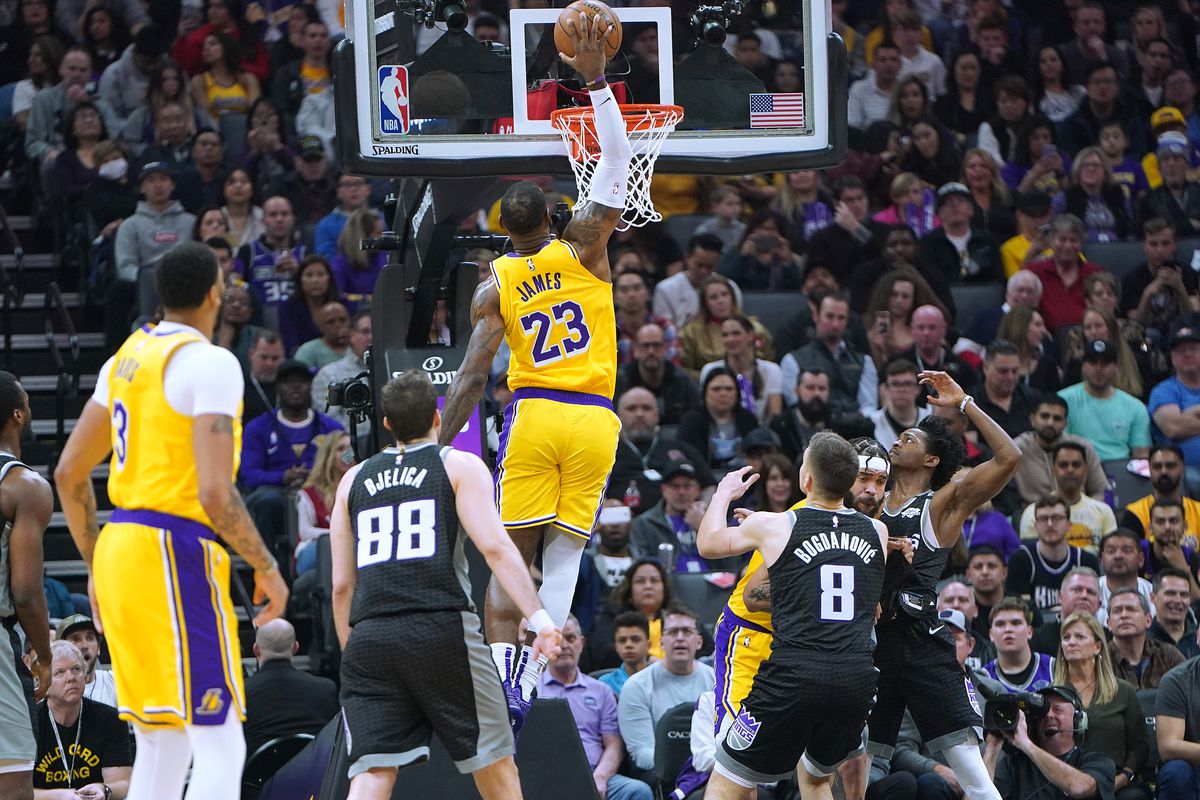 The Los Angeles Lakers will look to extend their winning streak as they host the Sacramento Kings at the new Crypto.com Arena. Both teams go head to for the third time in the 2021-22 NBA season as both teams have won one match each in the four-game series.

The Los Angeles Lakers have started looking like top calibre team as they have won three out of their last five games. The Lakeshow is currently placed eighth in the western conference with a record of 19 wins and 19 losses. In the last ten games, the Lakers have won 4 games while averaging 110.2 points, 43.2 rebounds, 23.7 assists, 7.4 steals and 5.6 blocks per game while shooting 46.1% from the field. The Lakeshow has allowed 113.3 points per game as the 26th ranked defence.

The Lakers leader in points and rebounds is Anthony Davis, who scores 23.3 points and grabs 9.9 boards per game.
Russell Westbrook leads Los Angeles in assists, averaging 8.3 per game while also scoring 19.6 points per contest. But the biggest star for the Lakers has been LeBron James, who has averaged 35.4 points, 10.6 rebounds and 6.8 assists in the last five games.

The Sacramento Kings continue their difficult season as the tenth seed in the western conference with a record of 16 wins and 22 losses. In the last ten games, Sac-town has won five matches while averaging 105.7 points, 40.6 rebounds, 24.0 assists, 6.5 steals and 4.9 blocks per game while shooting 45.5% from the field. Defensively, the Kings have allowed 111.8 points per game.

.@swipathefox scored 11 of his 24 points in the final 7:15 to help the Kings rally past Heat in Sacramento 🦊🔥 pic.twitter.com/3owQy9VbFP

De’Aaron Fox is at the top of the Kings scoring leaderboard with 20.3 points per game. He also pulls down 3.6 rebounds and racks up 5.1 assists per game. Sacramento’s leader in rebounds is Richaun Holmes with 8.7 per game, and its leader in assists is Tyrese Haliburton with 6.9 per game. Buddy Hield is reliable from distance and leads the Kings with 3.6 made threes per game.

The Lakers are playing gritty basketball right now and with LeBron playing at such a high level, he’s truly setting the tone for the rest of the rotation. LA is also a tad better at home, posting a 12-10 record and the Kings’ last three losses have come by an average of 19 points. LeBron James has averaged 25.8 points, 8.6 assists and 7.6 rebounds in 33 games against the Kings in his career, making the Lakers win this game.

NBA TV will air the game live on national TV. Local coverage of Sacramento Kings and LA Lakers is available via Spectrum SportsNet and NBC Sports California. The game will be streamed on NBA League Pass.