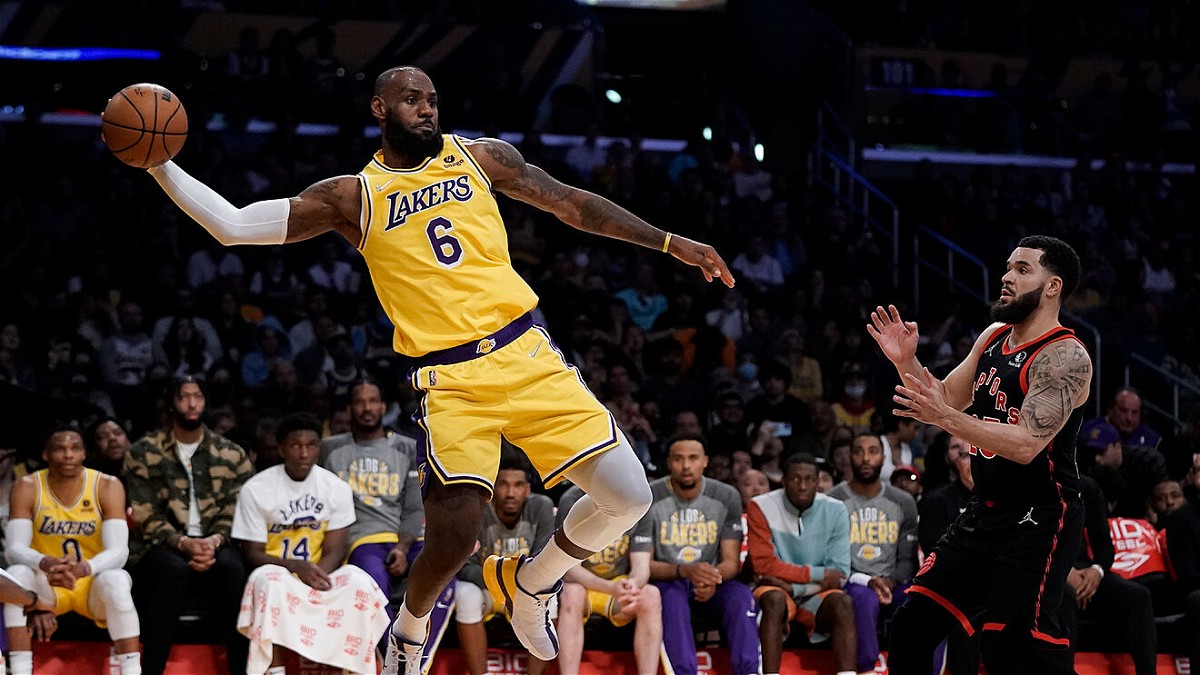 The Los Angeles Lakers are on a losing streak yet again. Since the all-star break, the Lakers have won just 2 games. To put that into perspective, that’s 9 losses when LA needs a push in the opposite directions. LA is now just one win behind the New Orleans Pelicans who are currently sitting at 10th.

A rematch on the books for the Kings of the north against the King of the NBA. Earlier this matchup would always go in the direction of LeBron‘s team. However, as we have seen this week if LA can lose by less than 5 points, its a win for them. That’s how low the standards are. These teams have played each other once before on the 14th of March 2022.

The last time the Los Angeles Lakers played the Toronto Raptors, the game caught a lot of attention. It was because, LeBron was visibly frustrated in that game. He had a moment of aggressive double hand dribbling. And a moment where he threw the ball at Scottie Barnes with great force, almost out of anger. The icing on the cake was when LeBron James decided to skip the post-game press conference.

LA lost that game from the second the ball was tipped. In just the first quarter Toronto led by 21 points. The lead was up to 28 at one point for the Raps, whereas the Lakers weren’t even close enough to tie the game, let alone take the lead. The Raptors shot better as a team and had 6 players that scored in double digits. Toronto also completely outrebounded the Lakers by 20 rebounds and that resulted in the following 20+ points in the paint over LA.

LeBron scored 30 points but then the drop-off was down to 15 to the passive Russell Westbrook.

The only bright spot that LA had against the Raptors was the 30 point performance from LeBron. However, last night against the Wolves, that bright spot did not shine. LeBron scored 19 points on 38% shooting and 12% shooting from the 3. The Lakers, unfortunately, are only competitive when LeBron plays well. Meaning if he performs even a little bit under par, the Lakers have automatically lost.

Toronto has already proven to us that they can beat this Lakers team and with morale even lower since that game, LA is destined to lose. Toronto will sweep this cross-conference season series by beating the Lakers tomorrow.

How to watch the Los Angeles Lakers vs the Toronto Raptors?

You can watch the Los Angeles Lakers play the Toronto Raptors on 18th March 2022 at 7:30 PM ET on FuboTV. You can also watch the game globally on NBA league pass.