Luka Doncic and Giannis Antetokounmpo Are the Best Players in the World Right Now, Here’s Why 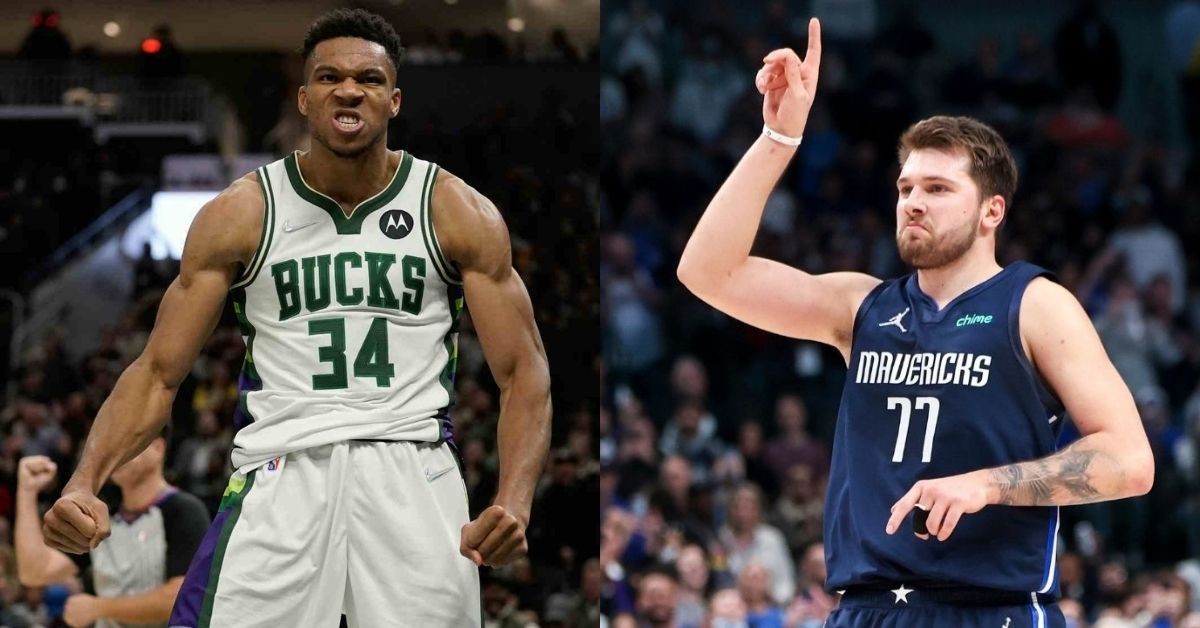 The NBA’s playoffs are where the real business of the sport lies. This year hasn’t failed to deliver. And with the best few teams remaining in the tournament, it has led us to the first two 7-game series of the playoffs. And the best players are here to deliver on the grandest stage, Luka Doncic, and Giannis Antetokounmpo.

Both Luka Doncic and Giannis Antetokounmpo have been stellar in this postseason for their respective franchises.

Luka Doncic is pushing the Mavericks to new heights

Luka Doncic missed the first 3 games of the postseason due to a last-game injury. His availability was the talking point of the playoffs until then for Mavs fans. The Dallas Mavericks lost the first game of the first-round series against the Jazz but were quick to recover.

Doncic returned to wrap the series up within 3 further games, and close out the Jazz away from home in Game 6. He averaged 29 points, 10.7 rebounds, and 5.7 assists in the 3 games while shooting at 47% from the field.

Doncic’s performances led the Mavericks into their first conference semifinal appearance since their championship run in 2011. Matched up against the league leaders Phoenix Suns in Round 2, the Mavericks’ firm underdog status was overturned when they took all 3 home games against the Suns.

The Slovenian guard has averaged 32.2 points, 9.8 rebounds, and 7.5 assists in 6 games against the top seed. All while playing against one of the most organized defenses in the league and the DPOY runner-up, Mikal Bridges. And with the series tied at 3-3, heading into Game 7, Dallas will hope for more of the same from the 3-time All-Star.

The Milwaukee Bucks have looked like the team to beat even if their conference standings do not reflect it. Their first-round matchup against the Chicago Bulls proved to be easier than expected. But that was much in part due to Giannis’ near-perfect performances.

Last year’s Finals MVP has continued his surging playoff form right where he left off. He averaged 28.6 points, 13.4 rebounds, and 6.2 assists in the 5 games that he played against the Bulls. His high number of points and rebounds increasingly looks like a stat-line from Wilt Chamberlain back in the day.

But coming up against the Celtics in the Eastern Conference semifinals, the Bucks have found more of a match for themselves. And the Greek Freak has taken his level a notch higher against the best defense in the league.

Across 6 games, he hasn’t skipped a beat against the Defensive Player of the Year, Marcus Smart, and dropped an average of 35.3 points. His rebounds and assists tallies have also risen to 13.8 rebounds per game and 6.8 assists per game.

These two European maestros have dominated the regular season and the playoffs have been no different. The numbers back it up too.

They are comfortably the best 2 players in these playoffs and perhaps even the world right now. Their perfectly identical stats are indicative of the high level that they have held themselves to.

Both players average 31 points per game and 7 assists per game throughout the playoffs. Likewise, they have also both recorded 7 double-double stat-lines in the postseason in the 2 rounds. Their respective Game 7 matchups will be their toughest tests so far.

If both do go through to the conference finals, do we have a potential NBA Finals matchup on the card? Luka Doncic vs Giannis Antetokounmpo, now that would be blockbuster.