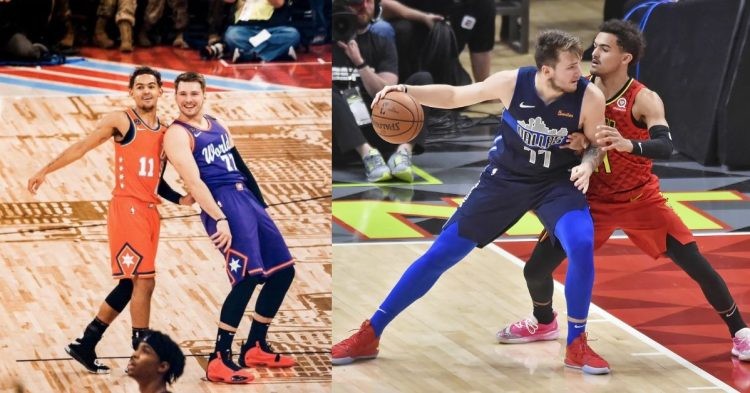 Luka Doncic and the Dallas Mavericks are having a wonderful time in the NBA at the moment with a 7-game win streak. They look in the clear for a while at 4th spot in the Western Conference. Luka is having an MVP-worthy season with the Mavs and has a high chance to win the championship. However, the Mavs are far from a finished product, can this trade window help bolster things?

On the contrary, things between the Atlanta Hawks and Trae Young do not look too good. With Trae performing consistently for the Hawks, it is the relationship with the player that is causing some problems. Trae is not getting along with the Hawks coach, Nate McMillan. Even in previous years, Trae did not get along with forward, John Collins. This raises a possibility that Young might look elsewhere, it could be the Mavericks.

The Atlanta Hawks are 17-19, and recently, concerning reports have come out surrounding their best player and head coach.

This season has been a mess so far, with Trae Young and Nate McMillan squarely in the center. @NekiasNBA tries to unpack it all:https://t.co/p4tQ3iBqVX

The Mavs drafted Young in 2018 before they traded him to the Hawks for Doncic. It is safe to say that the Mavs trust Trae to deliver the same for them. If the Mavs lure the young guard and pair him up with Doncic, who is flying at the moment, could turn out to be a lethal combination. Luka and Trae have had a good relationship since they were traded to their respective teams.

Could Trae Young be the missing piece for the Dallas Mavericks?

The Mavericks are 4th in the West, yet do not look like a complete team. Often this season, Luka has carried the load to get and provide baskets for the Mavs. Jason Kidd’s team needs another playmaker other than Luka to carry the burden. The 2x All-Star fits Kidd’s system and could provide the final touches to take the team to the next level.