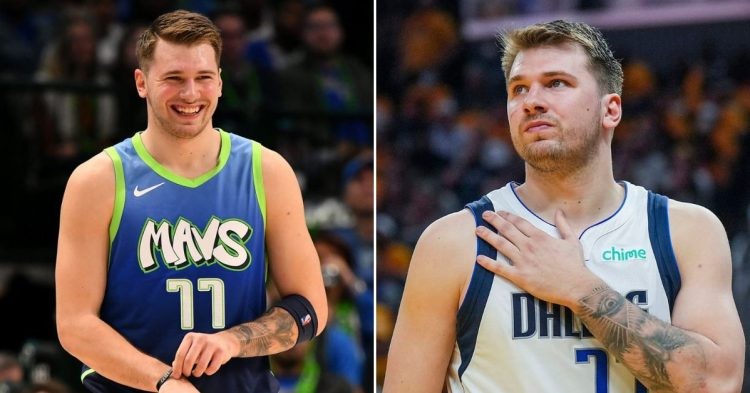 Luka Doncic, the point guard of the Dallas Mavericks, was drafted by the Atlanta Hawks as the 3rd pick in the NBA in 2018 and later traded to Dallas Mavericks for Trae Young in a historic trade that has seen both franchises reap benefits. Since joining the NBA, Luka has made three appearances at the All-Star games.

The magic continues in DA77AS.

We have signed @luka7doncic to a contract extension 🪄 @chime | #MFFL pic.twitter.com/BGOSEWEYe3

Luka Doncic signed a new contract with the Mavs before the 2022-23 NBA season. It was worth a staggering $207 million, meaning Luka would be earning around $36 million for the current season. From the start of the 2023-24 season, the Slovenian would be earning $40 million in Dallas. It surely is an expensive contract for a player, but Mavs fans would believe it is worth it considering his numbers this season.

Will the Dallas Mavericks ever trade Luka Doncic?

With the NBA trade deadline approaching on 10th February 2023, rumors of Luka teaming up with Nikola Jokic is all over the news.

Following the controversial statement released, many believed that Luka has a better chance to win with the Nuggets than with the Mavericks. Despite such claims, Luka’s continuation with the Mavericks will be beneficial for the team. Only time will tell if he joins another team or stays in Dallas.

However, in the past 15 years, NBA superstars like LeBron James and Kevin Durant are quite an example of teaming up with other teams in the NBA. The reason being the players are not able to beat the competition alone which leads them to find new ways to win by joining a team that has a better chance of having a shot at the NBA title.

It is no secret that Luka has been the standout player for the Mavs. He has bailed them out of tricky situations on multiple occasions this season as well. The Mavericks’ 126-121 overtime victory against the Knicks in Dallas on Thursday came with Doncic’s 60 points, 21 rebounds, and 10 assists. This was the first time in NBA since 1960 to create such a record by a player.

“I’m tired as hell. I need a recovery beer.”

Following this Mark Cuban, Mavericks owner took to his Twitter praising the performance of the 23-year-old player.

With Doncic single-handedly leading the team, the Mavericks need to pair him with a backcourt partner for better results in the future. However, if the team fails to provide him, the Slovenian player could soon leave the squad.