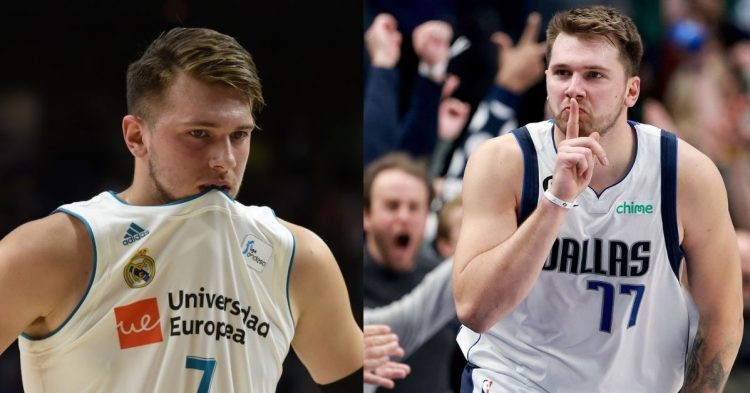 Luka Doncic already has many nicknames in his young basketball career. While we have certainly heard of ones like Luka Legend and Baby Bird, other nicknames like Wonderboy are comparatively less known. This would make sense considering that many of these titles were given to him during his time in the Euro League.

Fans will be aware that Doncic played for Real Madrid before entering the NBA draft. He earned the nickname Wonderboy during his time with this team. One might wonder what Luka did in the Euro League to get this nickname and what his play was like during his early basketball career.

Despite not being raised in the United States like many great NBA players, Doncic was hailed as a prodigy in Slovenia and soon all of Europe. His size and growing skills had no ceiling as he dominated, regardless of who his opponent was. After winning multiple tournaments and awards, he was finally given a chance to play for Real Madrid in the Euro League.


Luka was only 16 and the youngest player on his team. One of the reasons he was allowed to play was due to multiple starters being injured. Real Madrid would be facing one of the best teams in the Euro League. A team called PBC CSKA Moscow. It is a Russian professional basketball team and was hailed as one of the best in the world, outside the 30 teams in the NBA.

Doncic’s Real Madrid was struggling to keep up with PBC CSKA Moscow. At this juncture, Luka stepped up and knocked down repeated three-pointer shots to keep his team in the game. This led to him being given the nickname Wonderboy.


Unfortunately, Luka played only 13 minutes of that game and scored 12 points. His team ended up losing as many had predicted. Nonetheless, this did not change the fact that Doncic had taken a tremendous leap forward as a basketball player. He has continued to do so all the way to the NBA, earning multiple nicknames for his play along the way.