“Messi Has Some Good Taste I See”: Stephen Curry Reacts to Lionel Messi Choosing No.30 With PSG 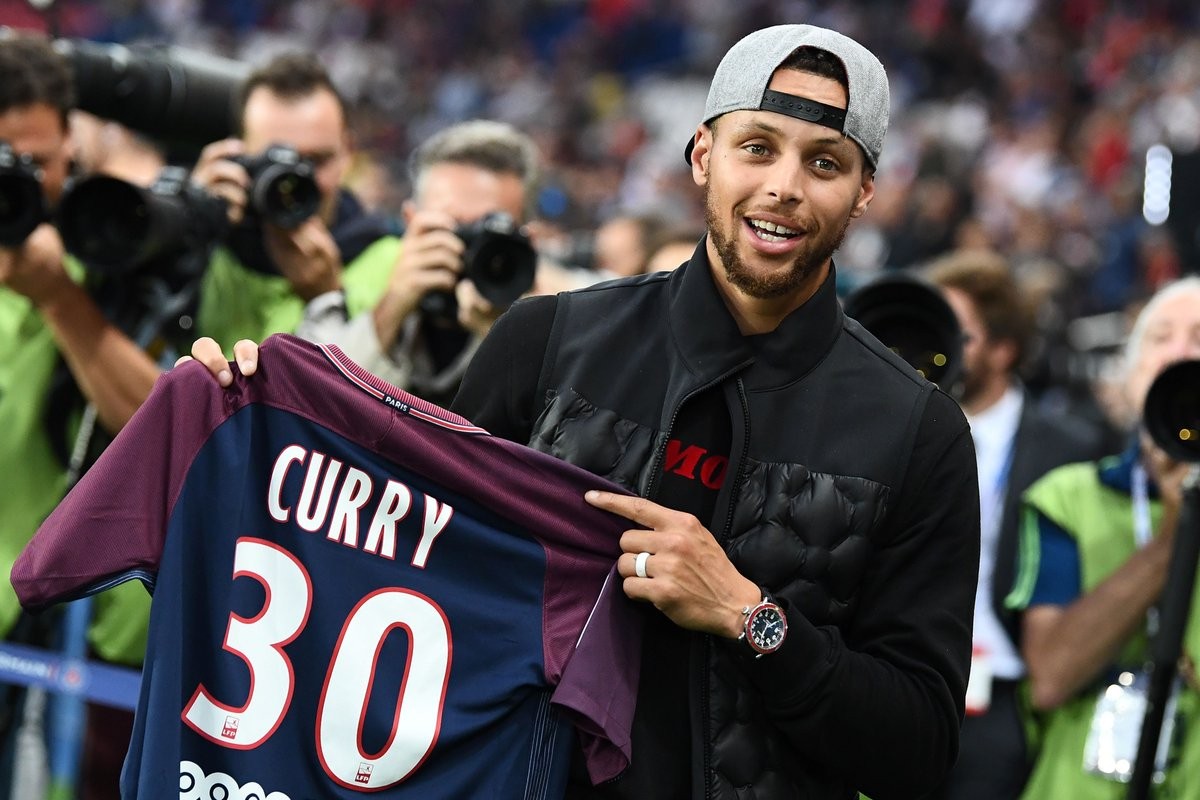 Stephen Curry is the most skilled point guard in the NBA but he is a man who loves sports in general. From golf to football and even soccer, Steph loves to see or play a good game.  Paris and the PSG football club is no new ground for Curry. A few years ago Steph also visited his long-time friend footballer Neymar Jr. in Paris where he got his customized no.30 PSG jersey. The two phenoms have praised each other on numerous occasions. Neymar also went to the United States to watch Game 2 of the Warriors vs Cavs NBA finals,2016.

Curry recently had his eyes fixed on a news that has taken the world by storm, Lionel Messi bid goodbye to Barcelona and signed with PSG.  Apart from being among the best at what they do, Lionel Messi and Stephen Curry now have something else in common, a jersey number.

Curry congratulates Messi on his latest deal with PSG

At PSG, Neymar wears no.10 which has been Messi’s number since forever. He offered Messi the no.10 jersey, but the former FC Barcelona legend politely declined and took no.30. Stephen Curry has been the Golden State Warriors’ no.30 since he got drafted in 2009. Seeing Messi’s new move to PSG, he decided to congratulate the latter about his contract and also talked about his new jersey.

Messi has some good taste I see. Good luck at PSG my guy

Messi has some good taste I see. Good luck at PSG my guy 🙏🏽 pic.twitter.com/7Lj6S0tevb

Also read: Summer League: Cade Cunningham and Jalen Green Ball in the Battle of the First and Second Draft Picks

The true story behind Stephen Curry wearing the number 30

The explanation is simple, Stephen Curry wears the number 30 because of his father, Dell Curry is a former NBA star who played in the league for 16 seasons and he originally wore the number 30 jersey. Dell played for five NBA teams and sported number 30 each time. Surprisingly, Steph didn’t always wear the number 30. He actually wore the number 20 in high school. In comparison to the massive frames of players like LeBron James and Russell Westbrook, Curry seems like an Average Joe. It’s not surprising, then, that the Warriors star was quite skinny in high school. He was so skinny in fact that he couldn’t wear his current number 30 and wore number 20 back then.

Stephen Curry reveals he wore No. 20 in HS ball at Charlotte Christian because he wasn't bulky enough to fill out the school's XL No. 30.

Stephen Curry, of course, had been told for much of his basketball career that he wasn’t big enough. Due to this, he was passed up by many NBA scouts and colleges as they doubted his ability to keep up with the NBA physicality. Naturally, he was not able to wear his desired jersey number due to his lack of physical prowess and the jersey was too big for him. However, it didn’t appear that he let the oversized jersey slow him down in college at Davidson University.

Fortunately for him, Davidson and the Warriors have a stronger equipment program, so Curry has been able to wear No. 30 in honor of his father long after he graduated from high school. Ever since his draft, Stephen Curry dawns the number 30. He has been wearing the number for 11 seasons in the NBA and will probably retire wearing it.

Why Did the Williams Sisters – Venus and Serena Williams Pull Out of the Western and Southern Open?