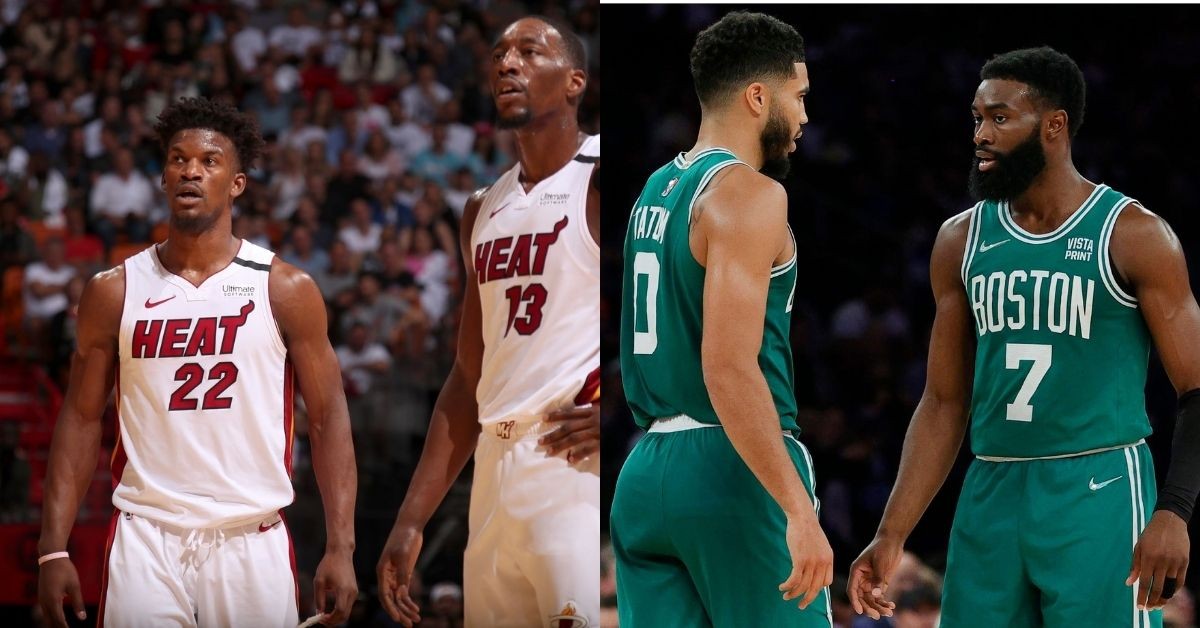 The Miami Heat and Boston Celtics face off for the Eastern Conference Finals. They are two powerhouses in the East. Both have dominated the league and won championships. However, Miami’s success is much more recent. Boston has a championship legacy back to the founding of the NBA.

Jimmy Butler and Jayson Tatum have led their teams to the top of the conference this season. As both these teams face-off, we can look back at their previous history in the postseason.

The Miami Heat and Boston Celtics have faced each other 4 times in the playoffs before. The Boston Celtics managed to eliminate the Miami Heat in the first round of the 2010 playoffs. However, they then went on to lose every other matchup that these teams have had since.

The Heat and Celtics matched up in 2011, 2012, and 2020. However, Miami managed to outplay the basketball dynasty. This was largely due to the superteam LeBron James formed by going there.

The Boston Celtics managed to win more regular-season games. Both teams have played 129 games. The Celtics have won 78, while Miami has won 51. Therefore, these teams have been evenly matched.

LeBron James needed to establish his dominance in the Eastern Conference. Therefore, he joined the Miami Heat. However, they would need to defeat the best team in the East at the time, the Boston Celtics.

The Boston Celtics were perhaps the most superstar-loaded roster in the league. They had Paul Pierce, Rajan Rondo, Kevin Garnett, and Ray Allen. These players were the gateway that LeBron eventually had to break through with the Miami Heat to win the NBA Finals.

LeBron clearly managed to do so as the Miami Heat won 2 championships and made 4 NBA Finals appearances in this stretch.

It is exciting to recall that both these teams have faced off recently in the postseason. Jayson Tatum and the Celtics faced Jimmy Butler and the Miami Heat in the 2020 NBA bubble conference finals playoffs.

Jimmy Butler, Bam Adebayo, and the Miami Heat managed to get the job done and eliminate the Celtics in 6 games. However, things may not go as easy this time.

Jayson Tatum, Jaylen Brown, Marcus Smart, and the rest of the Celtics have played exceptional basketball this postseason. They managed to eliminate the Brooklyn Nets and Milwaukee Bucks. Two teams thought to have the best players in the world with KD and the Greek Freak.

There is no telling how this series will unfold. Miami has Bam on the inside and Jimmy on the outside. They also have Herro, Oladipo, and many other top players. They will also have home-court advantage as the 1st seed. Therefore, they should be favored to win this series.