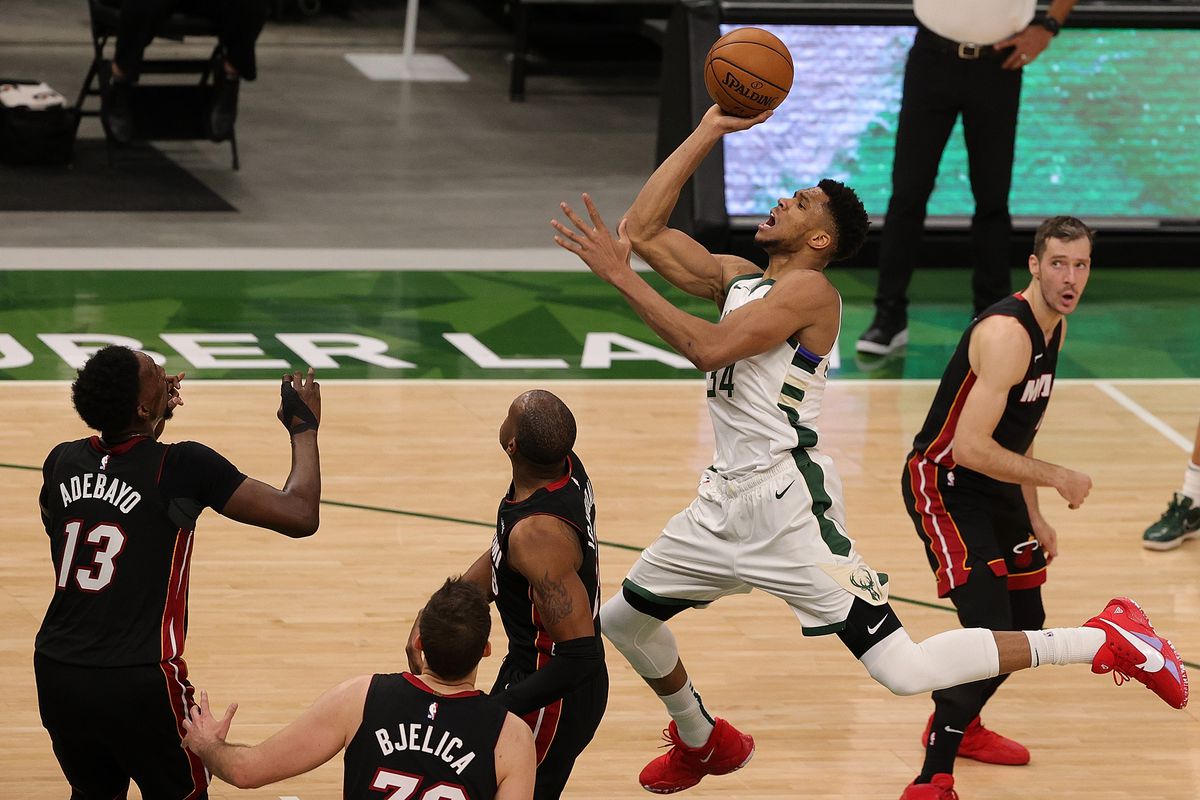 The Milwaukee Bucks take on the Miami Heat in their third matchup of the 2021-22 NBA regular season. Both teams have shared victories in their regular-season series so far. The last time these teams played, the Milwaukee Bucks won 124-102.

The Milwaukee Bucks enter Florida on a two-game winning streak after defeating the Miami Heat and the Cleveland Cavaliers at home. The team had a slow start to the season due to injuries but now with almost all players close to 100%, the Bucks will look to repeat as champions. Milwaukee is ranked third in the eastern conference as they have won nine out of their last ten games.

In this period, the Bucks have averaged 114.4 points, 52.2 rebounds, 24.6 assists, 6.4 steals, and 4.9 blocks per game while shooting 46.8% from the field. Cream City is the sixth-best defensive team this year as they have allowed 101.9 points per game. Milwaukee is led by their two-time MVP, Giannis Antetekoumpo. The Greek Freak is third in the scoring title race, behind Kevin Durant and Steph Curry, with averages of 26.9 points and 13.0 rebounds while shooting 56.1% over the past 10.

The Miami Heat will face the Bucks after a two-game losing streak. They lost to Milwaukee in their second regular-season matchup and then failed to beat the Grizzles without Ja Morant. After a dominating start, Miami has been on a slight decline as they have lost six of their last ten games. In this span, they have scored 102.1 points, 38.5 rebounds, 25.0 assists, 7.7 steals and 3.2 blocks per game while shooting 45.5% from the field. Whereas have allowed an average of 107.3 points per game.

With stars like Jimmy Butler and Bam Adebayo missing time due to injuries, guards Kyle Lowry and Tyler Herro have stepped up. Kyle Lowry is averaging 13 points and 7.6 assists. While Tyler Herro returns to his bubble form with averages of  20.7 points and 5.4 rebounds while shooting 43.1% over the last 10 games.

The Milwaukee Bucks are the favourites to win this game against the Miami Heat. Cream City is on a two-game winning streak and has a fit roster. On the other hand, the Heat have lost their last two games in underwhelming fashion and have listed Jimmy Butler on the injury list. For Miami, the absence of Bam Adebayo also hurts them defensively, especially against an in-form Giannis Antetokounmpo. The Heat and the Milwaukee Bucks have played 120 games in the regular season, with 72 victories for the Heat and 48 for the Bucks.

How to watch Miami Heat vs Milwaukee Bucks?

All games are available on the official NBA League Pass. The Bucks vs. Heat game will also be locally broadcast on Bally Sports Wisconsin and Bally Sports Sun.