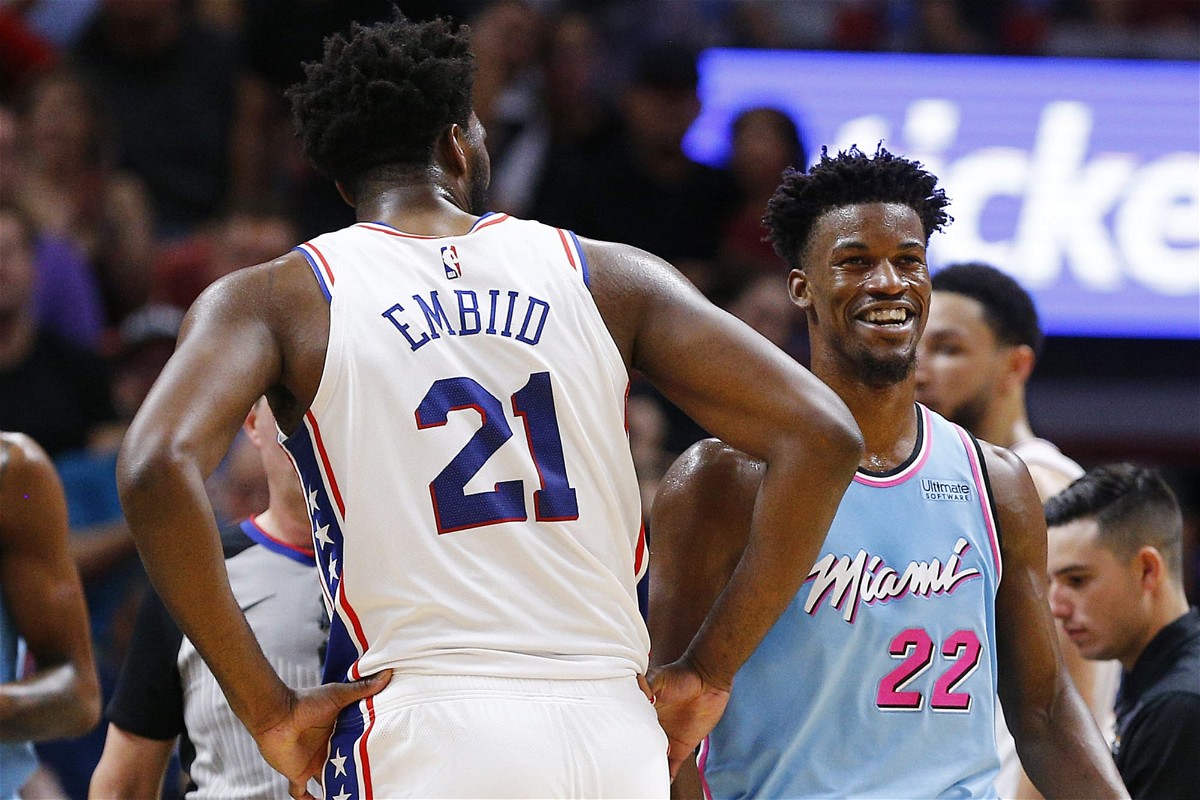 A top-seed matchup in the Eastern Conference tonight. The number 1 seed Miami Heat will be taking on the number 2 seed Philadelphia 76ers. A battle of the biggest contenders to come out of the East could be facing for that home-court advantage in the NBA playoffs. And that all could come down to who takes the win tonight.

The Miami Heat and the Philadelphia 76ers have played twice before and the last time they faced off was on the 16th of January 2022.

The Heat and Sixers first matched up on 16th December 2021 and had their second game exactly one month later. This season’s matchup has been extremely evenly matched up which is a great showcase for what a 7-game series in the NBA playoffs between the both of them would look like.

In the first game they played each other, Miami Heat took the win without Jimmy Butler and Tyler Herro on the court. A monstrous performance from Gabe Vincent is what trampled the Sixers. Gabe scored 26 points on 7 of 12 shooting from the 3 against the MVP candidate Embiid who played like a high school player in the NBA.

Embiid took his revenge a month later with a 32 point, 12 rebound game. And he did this with Jimmy and Herro back in the lineup. However, it seems that in this storyline it’s now time for the Heat to take the lead in the season series and eventually in the standings

The Miami Heat are the best team in the East but Philadelphia seems to be the hottest team in the league. Since the James Harden trade, the Sixers have not lost a game.

This red hot streak might come to an end but could the Heat be the one to do it? The Heats is top 10 in offensive and defensive efficiency but near the bottom in place. The 76ers fall in the same boat making tomorrow’s game, one of the few, that could go in any direction.

However, the Philadelphia 76ers are expected to beat the Heat due to how amazing they’ve been on their run with Harden.

How to watch the Philadelphia 76ers vs the Miami Heat?

You can watch the Philadelphia 76ers vs the Miami Heat on 5th March 2022 at 8:00 PM ET on FuboTV. You can also watch the game globally on NBA league pass.