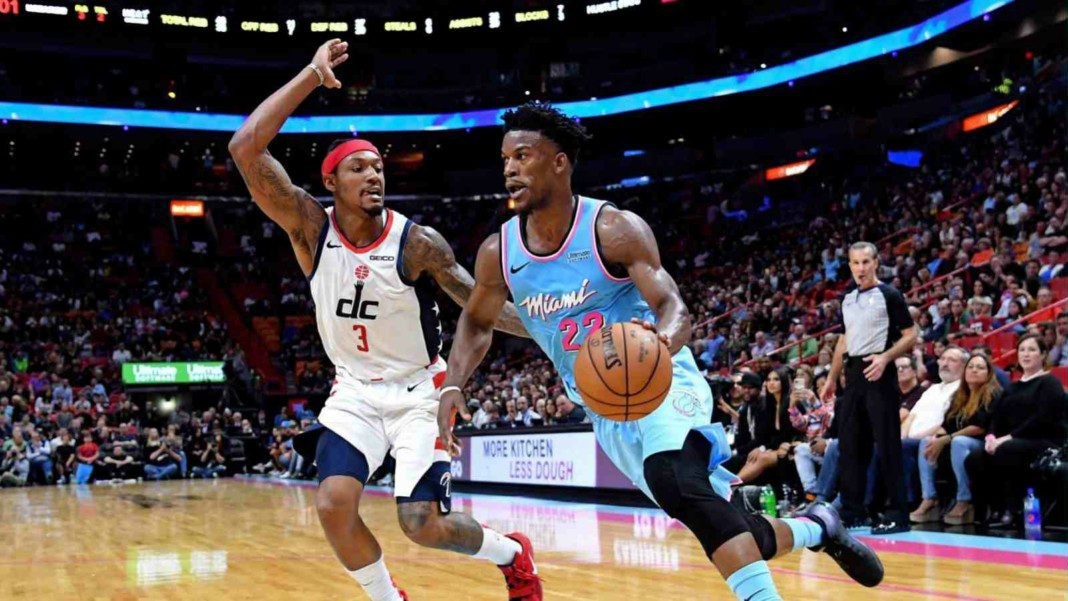 The Miami Heat have been very consistent with their performances and are currently on a 4-game winning run. The team was without their shooting guard – Victor Oldipo from the start of the season. But the depth of the squad has carried them into the matches, giving some comfortable victories.

Tylor Herro was not as sharp as he was in the playoffs in 2020. But now Herro has had some big games, quickly catching up with Jimmy Butler in the scoring chart. Butler is dazzling at both ends of the floor with nearly 25 points, 6 rebounds, 2 steals, and 6 assists per game. He was even the player of the week in 1st week of November in the crowded talent pool of the East.

This is what @Bam1of1's 300th career game looked like

Some people might consider Wizards having easier matches so far, allowing them to clinch the top spot. But no one will disagree with the fact that the Wizards are playing better basketball right now. Washington traded Russell Westbrook and got young yet NBA Champion players from the Lakers. The addition of Dinwiddie has added 2nd star alongside Bradley Beal.

Bradley Beal now has a dependable frontcourt. This allows him to be more effective on offence. He is leading the Wizards in points per game (23.9) and assists per game (5.7). The Laker young core acquired in trade has also seen a rise in their statistics. Harrel, Kuzma, and Caldwell-Pope gelled well with the team.

The Miami Heat grabbed a 15 point victory against the Wizards in their latest matchup 2 days back. The Heat averaged 110.5 points per game this season and scored 115, while the Wizards scored 97 points – 11 points fewer than the season average. It really summarizes the game and maybe a prediction for the series between the two.

Miami will win the contest, but might face some resistance from the Wizards in this matchup.

How to watch Miami Heat vs Washington Wizards?

The Miami Heat vs the Washington Wizards will take place in Capital One Arena, Washington. Bally Sports Sun Miami will televise the match for Miami Heat. While NBC Sports will be the local broadcaster for Washington. International viewers can access the game on NBA League Pass.

Joanne Wood talks about holding her wedding during the fight camp, “It felt like fight day on wedding day.”