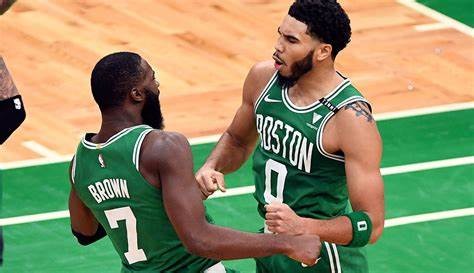 The Boston Celtics will try to overcome the Milwaukee Bucks on Saturday, December 25, 2021, at Fiserv Forum. Both teams have faced each other twice this season where both games have been won by the Boston Celtics.

The Milwaukee Bucks have had an incredible season so far after a slow start. The Bucks are currently third in the east with a record of 21 wins and 13 losses. Milwaukee is seventh averaging 110.3 ppg, 18th shooting 45.1% from the field, and 10th in the NBA nailing 35.7% of their threes. On the defensive end, Milwaukee is 13th allowing 106.9 ppg. They are also fifth grabbing 36.4 defensive rebounds per game.

With Antetokounmpo out, Khris Middleton is the leading scorer averaging 18 points, 5.1 assists, 5.3 rebounds and 1.2 steals while shooting 41.8% from the field and 35.3 from beyond the arc. Jrue Holiday has also been incredible for the Bucks as he has averaged 22 points, 7.6 assists and 4 rebounds.

Boston Celtics defeated the red-hot Cleveland Cavaliers  111-101 win on Wednesday. Jaylen Brown led the Celts with 34 points in the win and Robert Williams III had 21 points on 10 of 12 shootings, with 11 rebounds and seven assists. Jayson Tatum struggled from the field going 6 of 19, with 18 points and nine rebounds. On the season Boston is 14th averaging 108.4 ppg whereas defensively they are also in the middle of the pack allowing 107.1 ppg.

???? Jaylen Brown (@FCHWPO) set the tone for the @celtics with 34 points in the win! pic.twitter.com/T08kNVSHYB

Boston Celtics are led by another great season by Jayson Tatum who is averaging 25.6 ppg, 8.6 rebounds and 3.6 assists. Tatum is great from three-point range for the Celtics, knocking down 2.8 threes per game. With Tatum, Jaylen Brown is next with 22.4 ppg, but he has missed 14 games this season.

The Milwaukee Bucks have historically played poorly on Christmas Day and we expect a similar result when the Boston Celtics come to town. The Celtics defeated the Bucks 117-103 in their last meeting behind Jayson Tatum’s 42 points. Another element working against the Bucks is the absence of  Finals MVP Giannis Antetokounmpo who has entered the NBA’s health and safety protocols. The Bucks are 4-4 without Giannis this season but they’ll have a tough time containing Jayson Tatum and Jaylen Brown. Boston should win this game and defeat the Milwaukee Bucks convincingly.

How to watch Milwaukee Bucks vs Boston Celtics?

The Boston Celtics vs Milwaukee Bucks game will be broadcast on ABC and ESPN. The game will also be available on the NBA’s League Pass platform.