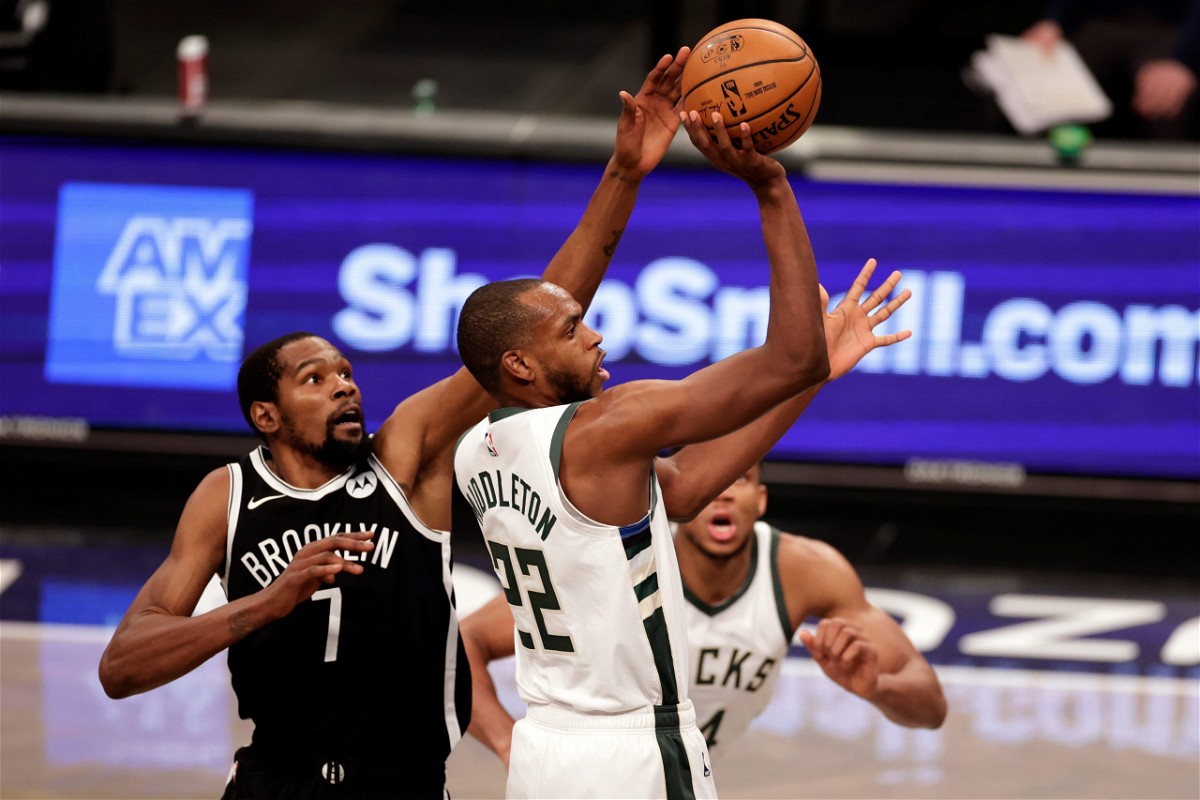 The Brooklyn Nets hosting the reigning champion Milwaukee Bucks at the Barclays Center. Both teams go head to head for the second time in the 2021-22 NBA season where the Bucks took a 127-104 victory led by Giannis Antetekoumpo’s 32 point game.

The Milwaukee Bucks are facing some tough luck as they are currently struggling with players in health and safety protocols. Cream City will enter this matchup on a two-game losing streak as they lost to the Pistons and Raptors. In the last ten games, Bucks have a record 6-4, averaging 116.3 points, 46.2 rebounds, 23.4 assists, 8.2 steals and 4.5 blocks per game while shooting 46.3% from the field. The team has struggled defensively as their opponents have averaged 112.2 points.

OTD 2017: The Greek Freak became King Of The Garden.

The Bucks are led by Giannis Antetekoumpo who is averaging 27.9 points, 11.5 rebounds and 5.9 assists. Grayson Allen has been great for Milwaukee as he is shooting 38.9% from beyond the arc with 2.7 made 3-pointers per game for the Bucks, while averaging 11.9 points. Jrue Holiday is shooting 54.9% and averaging 23.7 points over the past 10 games for Bucks.

The Brooklyn Nets were almost on their way to a four-game losing streak if it wasn’t for an incredible comeback against the Pacers on Wednesday. Just like Milwaukee Bucks, the Nets have a Nets: 6-4 record in their last ten games. Brooklyn is averaging 115.1 points, 47.1 rebounds, 26.6 assists, 7.5 steals and 6.5 blocks per game while shooting 47.7% from the field. Defensively, Brooklyn has allowed 113.0 points per game.

The Brooklyn Nets are led by Kevin Durant is scoring 28.7 points per game and averaging 7.5 rebounds. KD has been leading the league in scoring and is third in the MVP race behind Giannis Antetekoumpo and Steph Curry. Patty Mills is averaging 3.9 made 3-pointers over the last 10 games for Brooklyn.

Milwaukee struggled without the Greek Freak against the Toronto Raptors and missing other key players like Connaughton, DiVincenzo and Allen makes for a tough climb for the Bucks. This isn’t the same Milwaukee team that won the title with a deep roster. The Brooklyn Nets have bounced back from three straight losses by defeating the Indiana Pacers on the road. Irving provided a great push against Indy but the fact that he can’t play in home games is going to be problematic for the Nets. But with the Bucks missing some personnel, the Brooklyn Nets are favourites to win at home.

How to watch Milwaukee Bucks vs Brooklyn Nets?

All NBA games will be available to stream live on the official NBA app. The Bucks vs Nets game will nationally be telecast on ESPN and locally on Bally Sports Wisconsin and Yes Network.

“Just because you’re my son doesn’t mean I won’t trade you”: Dwayne Wade Destroys LeBron James With This Hilarious Tweet