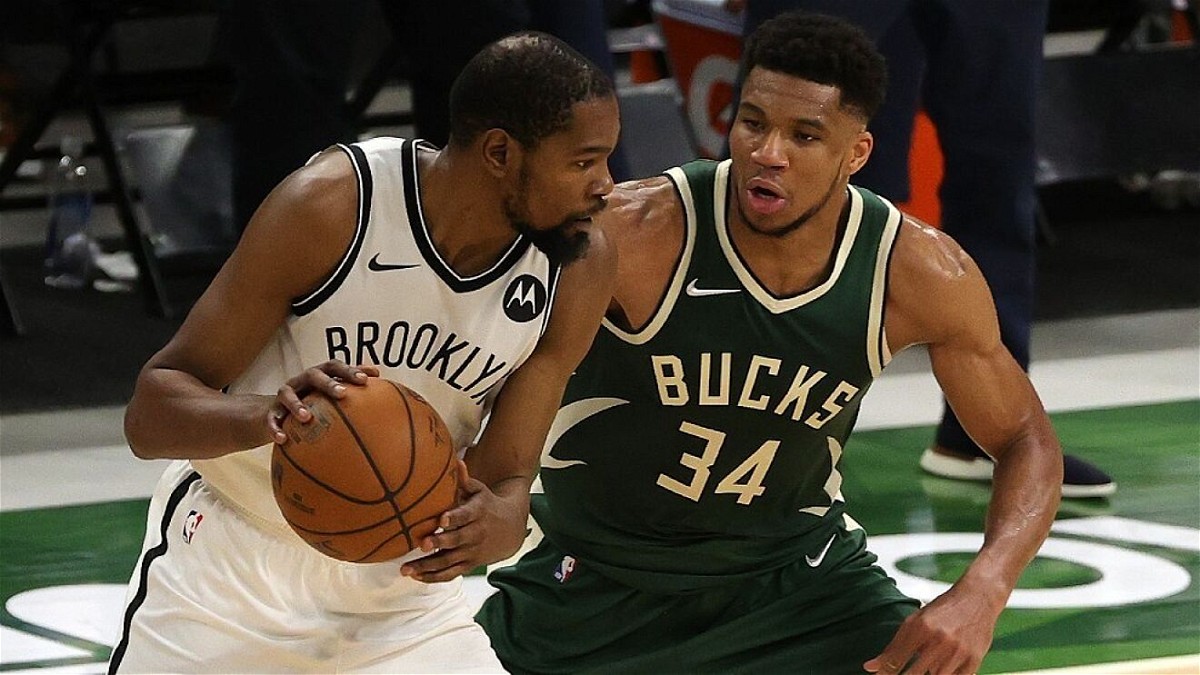 Brooklyn Nets and Milwaukee Bucks left off on a high note in the eastern conference semifinals last season. Nets’ injury-ridden roster lost to Bucks in overtime of Game 7. Despite losing Kyrie Irving and not having James Harden at his 100%, Brooklyn gave Milwaukee a tough fight pushing the series to 7 games.

Arguably the top 2 teams in the east are set to face each other on the opening night of the 2021-22 NBA season. While Brooklyn Nets posed a 3-1 record in the preseason, the Bucks had the exact opposite with a 1-3 record against their favour. Although it is just the first game of the regular season, the defending champions have to prove themselves against one of the best teams in the NBA right now.

The circumstances now are a lot different from Game 7 of the NBA Playoffs between Bucks and Nets last season. While Kyrie Irving is still out, James Harden is at his best once again. It was revealed in the offseason that JamesHarden played with a strained hamstring in the final three games against the Bucks.

However, the entire burden is no longer on Kevin Durant. He alone pushed the series to Game 7 against Milwaukee and now with a healthy James Harden by his side, Durant is aiming for his third championship. Although Kyrie Irving is eligible to play in road games, Nets refused his part-time agreement for this season.

"What is being mad going to do? We're not going to change his mind…life is amazing so I can't be too mad at somebody making a decision for themselves"

Kevin Durant explains why the Nets aren't upset about Kyrie Irving being absent from the Nets pic.twitter.com/QFBwDMWXly

The preseason record is in Nets’ favour as they defeated Milwaukee Bucks 119-115 however Giannis Antetokounmpo and Khris Middleton did not play in that game. In addition, PJ Tucker was responsible for holding down Kevin Durant to some extent in the playoffs. Milwaukee Bucks did not sign him in the offseason. The question of ‘who will guard Kevin Durant?’ remains unanswered.

Milwaukee Bucks look a little rusty judging from preseason after their championship run. Brooklyn Nets have the momentum and hence better chances of defeating the defending champs on opening night.

Rodney Hood: Out with foot injury

Donte DiVincenzo: In rehab with a foot injury

Kyrie Irving(Unvaccinated): Ruled out until he agrees to get the COVID-19 vaccination.

How to watch Bucks vs Nets?

Milwaukee Bucks vs Brooklyn Nets will take place in Fiserv Forum and the stadium is prepared to accept fans in full capacity. The game will be televised nationally on TNT at 7:30 PM ET. International viewers can access the game on NBA League Pass.