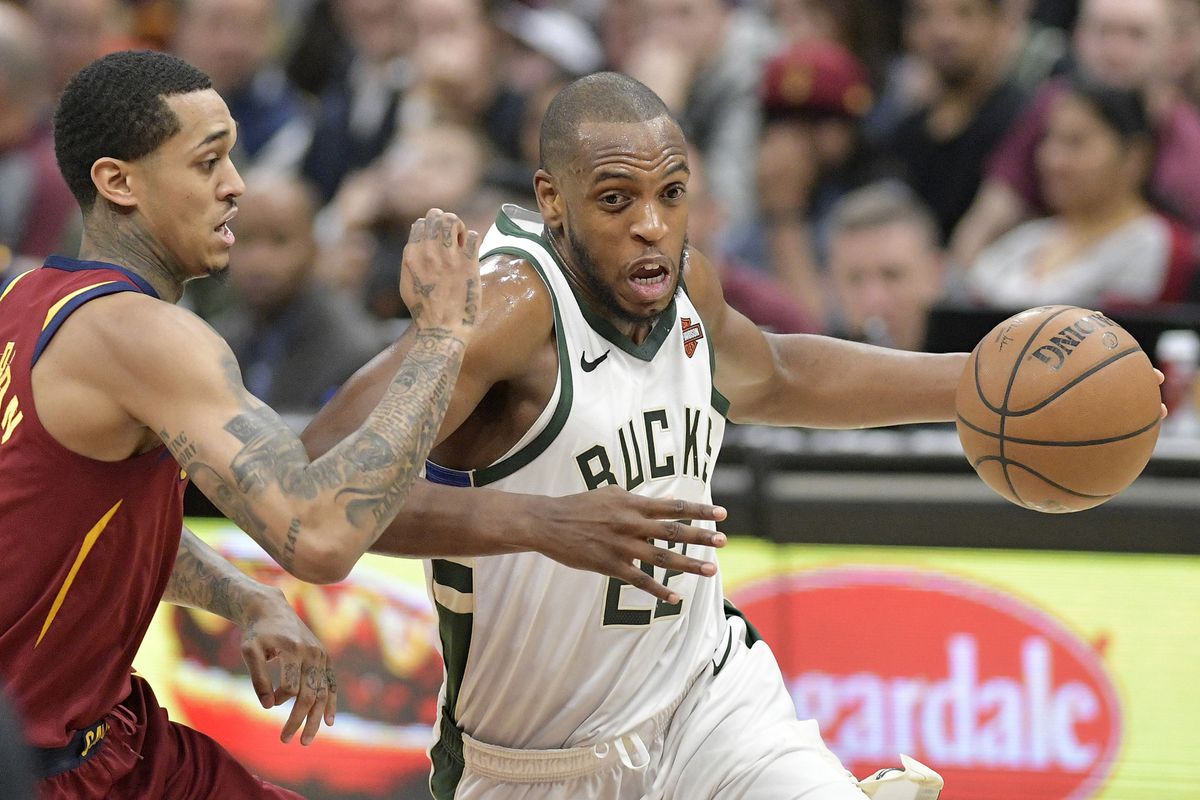 The Milwaukee Bucks and Cleveland Cavaliers will face off for their 1st intra-conference series matchup. The Bucks, with their fully fit roster, are on roll, winning 9 out of the last 10 matches.

Milwaukee Bucks this Season So far

The Bucks have won against the Miami team without Giannis Antetokounmpo. Yes, the heat team was shorthanded but the win will be a welcome sign for the team who is considered to be heavily reliant on the Greek freak. Slightly off with their defenses, Miami was hit hard by the Bucks on 3 point line – pouring in 18 3’s for the game.

The return of Jrue Holiday and Khris Middleton gave some additional scoring options to the Bucks. Specially Middleton finding the net is huge for the Bucks. Bobby Portis is also doing great work in the paint, providing around 8 rebounds consistently to the team.

Cleveland Cavaliers this Season So far

The Cavs have found a new mantra for winning. They are being more structured and also playing good overall “team defense” to snatch victories for them. Their recent match against The Jazz has highlighted their relentless efforts for the win but unfortunately, Utah was too hot to handle for them in the closing period.

Darius Garland‘s current run of the form, along the with 3 big men in the team-Jarret Allen, Lauri Markkanen, and Evan Mobley has put the Cavs in the playoff contender position. Their ball handling is much better now, with Collin Sexton out.

Milwaukee is getting better and better per game and their healthy roster is putting a great challenge to the Championship again. Cleveland on the other hand is improving but still has to fine-tune their offense and defense. The Bucks are scoring an average of around 110 points per game and the Cavs have managed 105 points average till now.

Both the Milwaukee and Cleveland teams have a winning margin of +4 and +2.5, respectively, but with experienced players and megastars in their ranks, the Bucks can pull off any close game. Regardless of whether Giannis is playing or not, Middleton has to put in a great performance again in this match.

The fixture would be a good contest between the defending champions and emerging team, but sadly this time Cavaliers “David” might not be able to defeat “the Milwaukee Goliath”.

Brook Lopez (Back): Ruled out until 1st March

Collin Sexton (Knee): Out for the Season.

How to watch Milwaukee Bucks vs Cleveland Cavaliers?

Milwaukee Bucks and Detroit Pistons matchup will take place at Fiserv Forum Arena. The stadium is prepared to accept fans at full capacity. International viewers can access the game on NBA League Pass.