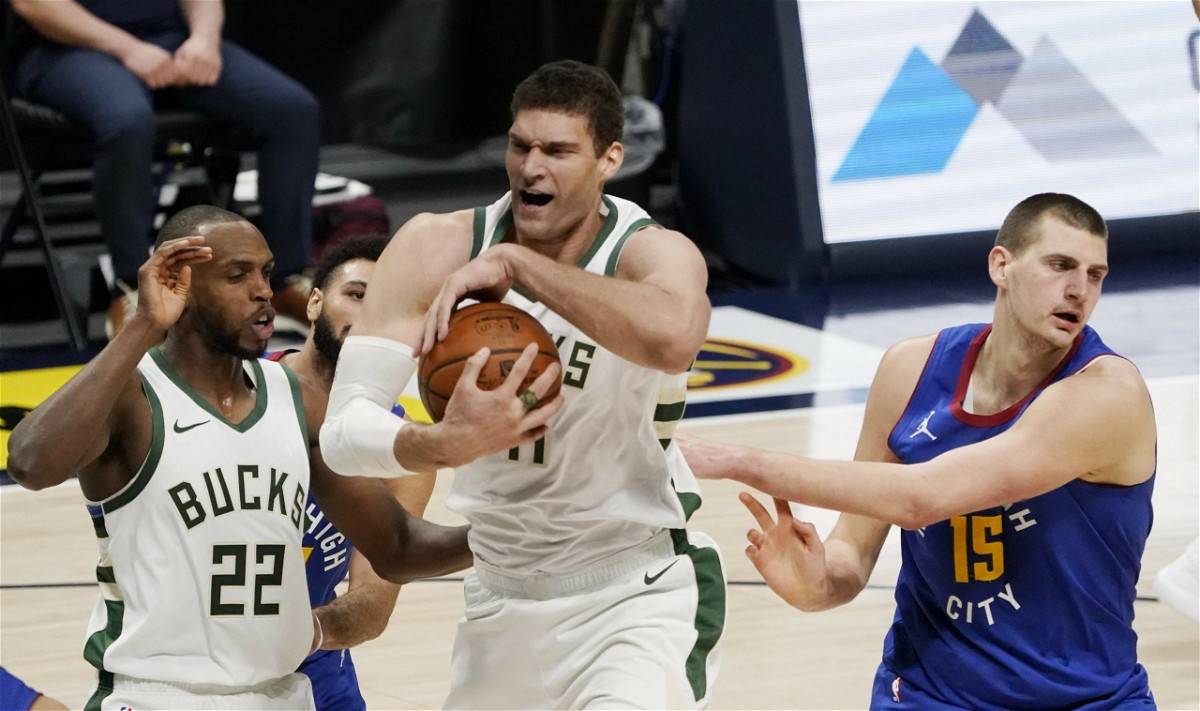 The Milwaukee Bucks and Denver Nuggets face off for the first time in the 2021-22 NBA regular season. This game can also be heralded as the battle of the giants as former MVPs Giannis Antentakoumpo and Nikola Jokic go head to head. But both teams are struggling this season with injuries as the Bucks are the sixth in the east whereas the Nuggets are tenth in the west.

The Milwaukee Bucks are on a five-game winning streak and are finally coming together after a slow start to the season. They destroyed the Detroit Pistons 123-92 as seven players scored in the double digits. Injuries have been the biggest obstacle for the Bucks this season, but returns of players like Khris Middleton have given the team a morale boost.

Giannis Antetakoumpo is once again having an MVP like season. The Greek Freak has averaged 27.4 points, 11.1 rebounds and six assists. BUt for Cream City, Grayson Allen has been one of the best offseason acquisitions as he averages 14.4 points while shooting 42.3% from beyond the arc with  3.3 made 3-pointers per game.

The injury-laden Denver Nuggets have immensely struggled this season. They are currently placed tenth in the western conference.  Nikola Jokic without co-stars like Jamal Murray and Micheal Porter Jr is pushing for his second consecutive MVP title.

The Joker is averaging 26.4 points per game and ranks fourth in NBA, He also leads the Nuggets with 6.4 assists and 13.6 rebounds. With Jokic, Will Barton and Aaron Gordon have been pivotal for Denver this season. Barton is averaging 16.2 points and has been shooting 40.6% from the 3 point line whereas Aaron Gordon has put up 13.3 points, 6.0 rebounds and 2.1 assists.

The Milwaukee Bucks are clear favourites to win this game. The Nuggets are one of the worst injury-hit teams and have equally struggled throughout the season. Yes, Bucks also had a few key injuries but are now almost back to full strength and hence are the favourites to this game. Giannis will be ready to take on the Joker to prove to everyone that he can still win the MVP.

Michael Porter Jr. – back -Out indefinitely

PJ Dozier – Knee – out for the season

How to watch Milwaukee Bucks vs  Denver Nuggets?

The match between the Milwaukee Bucks and Denver Nuggets will be televised locally by Bally Sports Wisconsin. International fans can catch live action online with an NBA League Pass subscription.